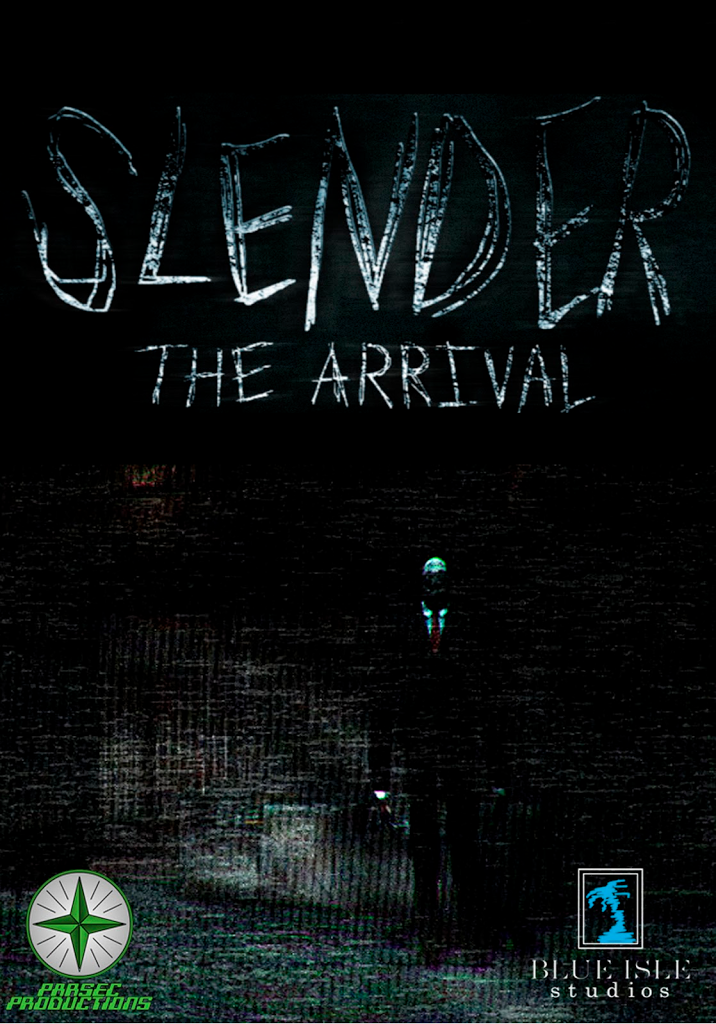 Next up on the spooky game list is a title that I’ve had sitting in my Steam library for awhile. Slender – The Arrival. Now, before playing this game I actually knew very little about the “Slenderman” phenomena. I knew that the character of Slenderman was born from some creepy Internet meme,  but I was completely ignorant regarding the background story or mythology behind the character. I think my lack of knowledge actually made the game seem even weirder and creepier than it would have been otherwise.

First off, I should mention that the day before this review was posted, a major update to the game was released. This update is quite literally, a game changer. The 2.0 updated added new levels, better performance, and many needed quality of life improvements. I was almost done with my playthrough of this game when the patch hit and it actually made me start all over so that I could re-experience the game from the ground up.

So let’s get started. Slender – The Arrival is your typical survival horror game. In this game, you start off playing a girl named Lauren who is on her way to visit an old childhood friend at her home. On the way there, the road leading to her house is blocked by a fallen tree and you’re forced to walk the last mile or so on foot. As you approach her home, it suddenly grows unusually dark. Once entering the house, you are quick to realize that some strange has happened. The house is in shambles and there’s weird scribbles all over the wall. You find a flashlight and begin to search the house for clues. Eventually, you hear a scream from outside the window and proceed to investigate. This is where the game really begins. 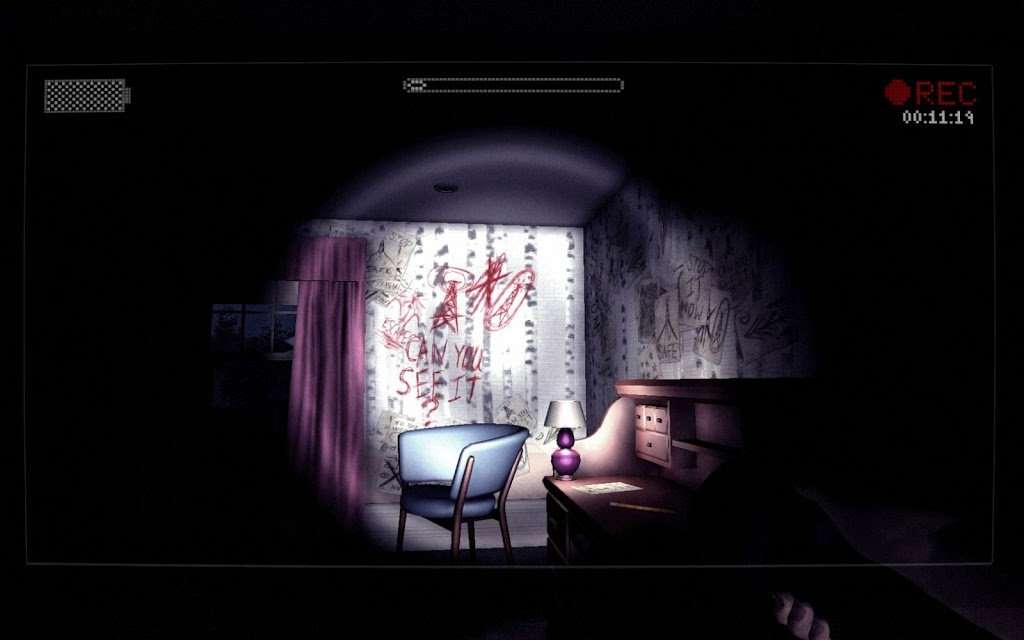 Apparently, your friend Kate has become obsessed with a supernatural entity known as Slenderman. A faceless being that is rumored to chase and abduct children. Throughout your search for Kate, you are relentlessly pursued by Slenderman and some of his other creepy friends. For some reason, I never really understood, your character carries a video camera with her at all times. The game experienced through the eyes of the camera. The picture will jump or distort if Slender draws near. So it serves as a bit of a warning device. At the end of the game, it seems to become clear that you, the player, are watching the recorded footage – so there’s that. But again…. why is this girl video taping everything?

As you proceed through the game, more details regarding the backstory begin to emerge. Some levels are actually played through the perspective of other characters in the game. All in all, as the plot thickens, the game manages to actually get even creepier.

The gameplay itself is quite basic. There’s no combat. Most levels have a series of objectives that need to be completed to move on to the next stage. However, each time you complete an objective, Slenderman appears more often and begins to pursue you relentlessly. If you get caught by him, it is game over. 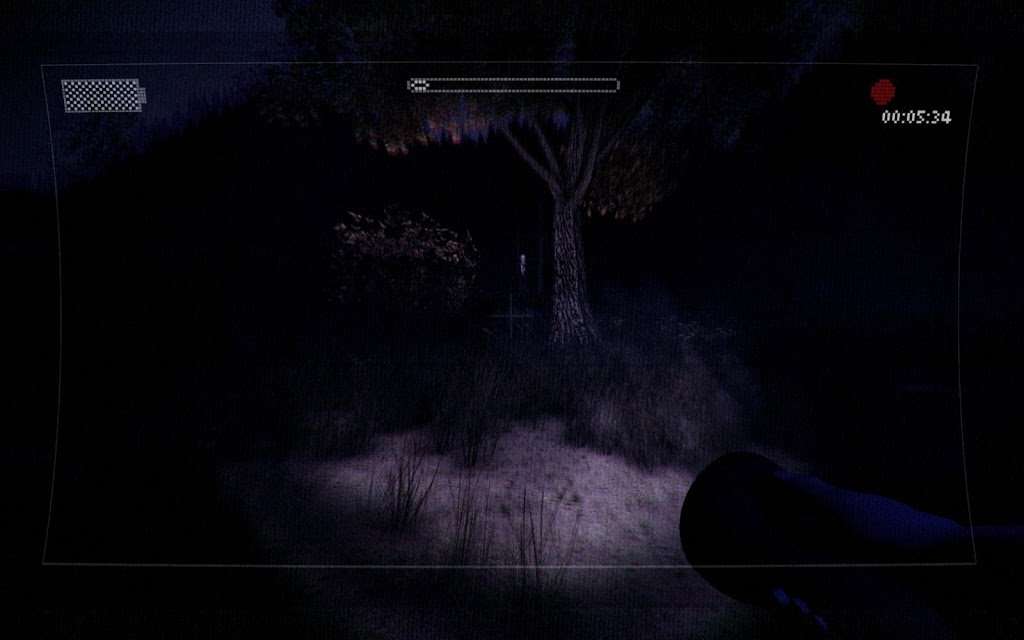 As far as games go, there’s not a lot of content here really. Even with the new levels brought in by the update, the game can easily be completed in a couple of hours if you’ve got the hang of things. To me, the experience provided by this game is more focused on scaring you than actually timesinking content. This game has moments that are downright chilling. Everything from the level design, to the atmosphere created within the game is frightening. There were times while playing, where I was so close to completing the level only to see the screen start to distort and hear the swelling of the background music – I’d get goosebumps knowing that just around the corner I was going to see that pale white face, in the dark suit staring blankly in my direction. Fantastic.

In a lot of way, the environments and atmosphere created by game designers are often freakier than the protagonists. If you’re looking for something to put a little fright into you on a dark night, this game is worth a look. 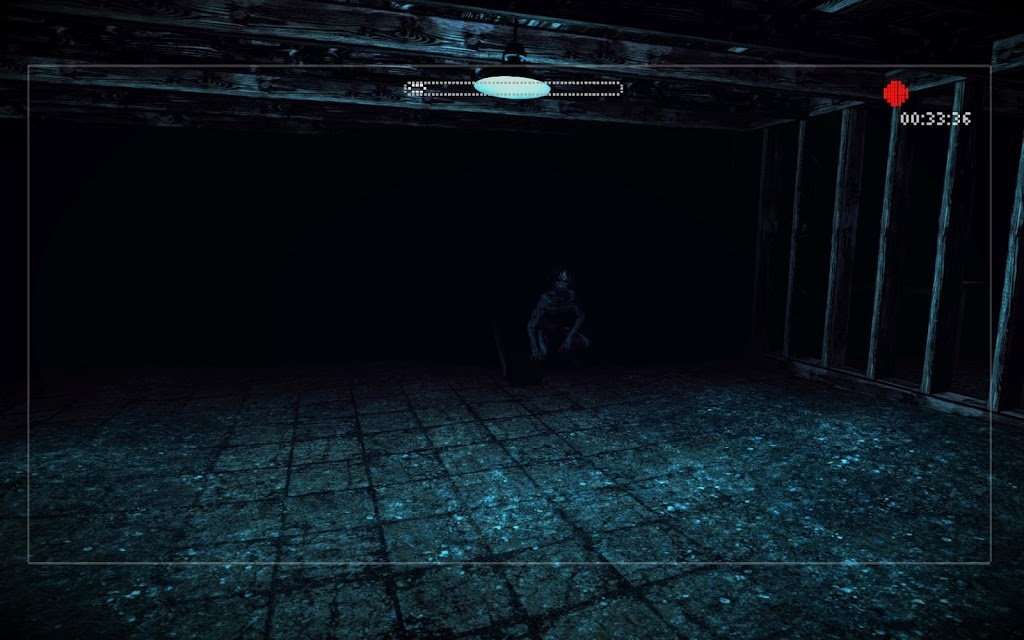 Difficulty: Moderate –  There are two difficulty settings. Normal and Hardcore. The later is only available after beating the game on the original difficulty setting. Overall, the game is pretty middle of the road. Early on, I died a lot. But once I got a feel for the game’s mechanics, it did become a little easier. Hardcore mode is just that. In this mode, there are often additional steps required to complete a level as well as a big increase in the aggression of Slender Man.

Story: For such an inexpensive title, there is a surprising amount of storyline here. However, it is not spoon-fed to you. The story behind the game is uncovered as you play. If you take the time to pay attention and actually read many of the news-clippings and notes that you find throughout the game, much of the background begins to become very clear.

Soundtrack: The score for this game is subtle, but overall I found it to be well done. The music is dynamic and does a great job at setting the tone for the game as well as adding to the suspense.

Fun: If you enjoy horror/survival games this is certainly a title that worth your time. It’s spooky, anxiety-laden, and keeps you on the edge of your seat.

Graphics: The new “2.0” version of the game is a big improvement over the original edition. If you’re new to this title, this is version that is now available on Steam as well as PSN and Xbox Arcade. So no matter what platform, you’re sure to get the latest version. The graphics were always well rendered but now include motion blur effects, and better lighting enhancements as well. Not to mention the overall graphics performance has been tweaked big time.

Playcontrol: This title is playable both on the keyboard and with a gamepad. Either way seemed both fitting and natural.

Value:  For $10, this game offers quite a bit of bang for your buck. It is somewhat short, yes. But I feel that it is very much worth the experience. — If you played this game when it first came out, the new version included new levels integrated into the game itself. So veterans might want to take a second look.

Overall score (1-100): 70  – This game may seem a little unusual to casual players. But fans of the survival horror genre have a lot to appreciate here. However, even for a casual gamer, the $10.00 pricetag certainly makes Slender a purchase to consider. This game offers a true horror experience at a budget price.