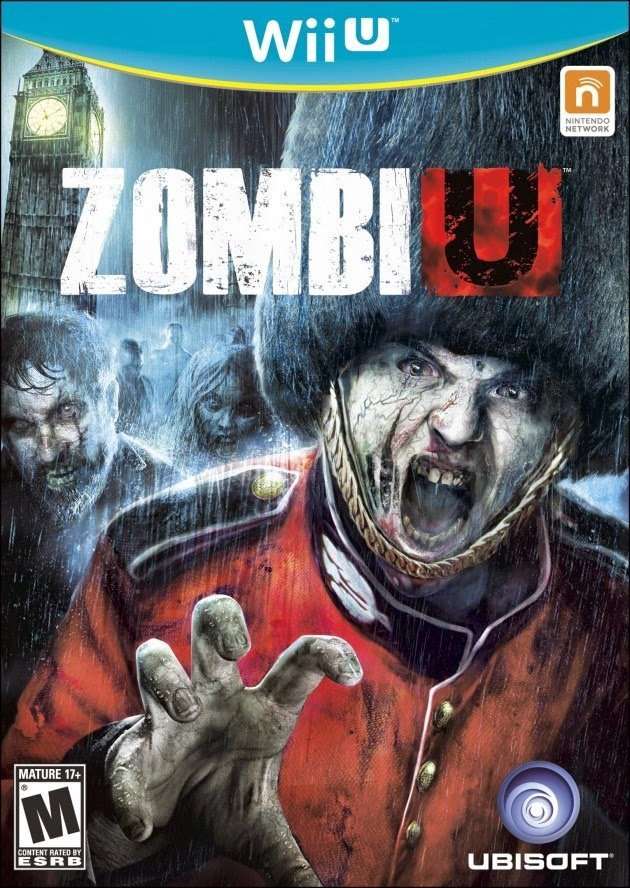 Finally, the first Halloween review is here! We start off with ZombiU. This a title that has intrigued me for a while. I grabbed this back when the Wii U was released but I never got around to playing it until now. First, let me start by saying that I really had no idea what this game was actually going to be like. For some reason, I had it in my mind that this was actually some type of on-rails shooter like those House of the Dead games you see in the arcades. I was very very wrong.

ZombiU is actually one of the most true-to-type survival horror games I have ever played. Here we have your typical zombie apocalypse scenario. You play as a survivor in a zombie-infested London. At the beginning of the game, you are rescued by a mysterious individual known only as “The Prepper”. The Prepper has taken meticulous steps to prepare and defend against this very scenario. From a fortified safe house, The Prepper doles out various tasks to you. For example: retrieve X item, scan X area, etc. As the game progresses, more backstory details begin to unfold, ultimately revealing a surprisingly detailed plot. 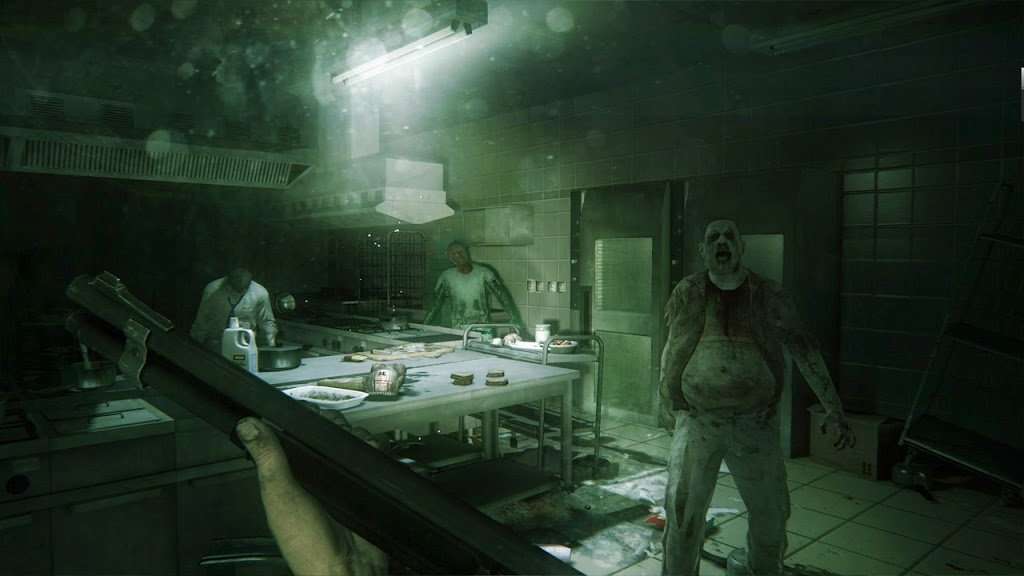 Naturally, as you undertake these tasks you have to try to survive the infected (zombies) lurking about. This amounts to a great deal of sneaking around, and carefully planned attacks against the roaming ghouls. Where the game gets interesting is when you actually fail and are killed by one of the zombies. In this game, you do not simply start over from a previously saved checkpoint. Instead, you begin the game over as a totally new survivor. All progress made by your previous character remains, and you now have to undertake whatever task they were working on when they were slain. The twist is, they are now one of the roaming dead… This means that you can and mostly likely will encounter your previous characters as your proceed in the game. When you manage to defeat one of your former incarnations, you can loot their body to retrieve your previous possessions.

To make your task easier, The Prepper has provided you with a special tool called the “Prepper Pad”. The Wii U gamepad actually becomes the Prepper Pad as you play. It serves as your map, there’s also a radar (used for detecting nearby zombies). You also use the pad to accomplish certain goals such as scanning objects, hacking keypads, etc. All of this is done with the Gamepad itself. You can raise the pad and move it around in the real world to scan the in-game environment, in augmented reality. This provided a level of immersion I was not expecting. 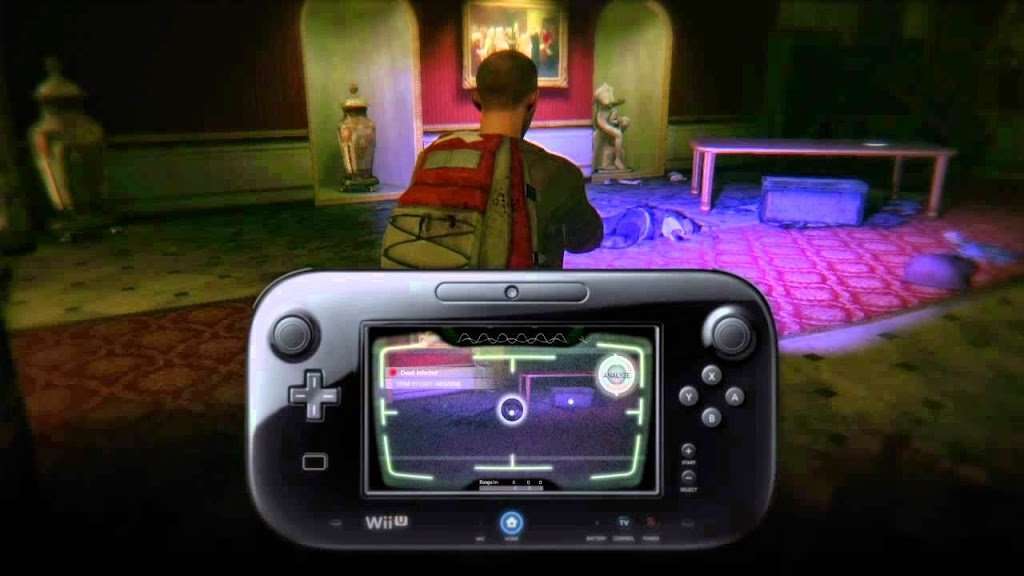 The game also takes advantage of the Nintendo Network. This functionality is somewhat basic, but is actually pretty well done. In ZombiU, you have the ability to leave markers/notes in the environment as you play. When you spraypaint a marker on the wall, it can also be seen by other players. This means as you play, you’ll encounter plenty of notes left by others. Some of them are helpful, some of them may be tricks. Also, along with encountering the zombies of your own previous characters, you may encounter the walking corpse of another player who met an untimely death…

Needless to say, this game really takes full advantage of the Wii U hardware. I think it is a shining example of what a Wii U game can be when the developer uses the unique benefits of the system to their advantage. Gamepad aside, the game itself looks great. As expected, it’s a very dark game. As a result, it can sometimes it can be difficult to see what’s in front of you as you play, this is by design. For this reason, I do recommend playing the game in a dark or low light setting. Not only does it help you see things better, but it also helps set the appropriate atmosphere.

Yes, this game is scary. There are jump scares, sure. But most of the what makes the game frightening is your own apprehension. You never know what’s around the corner, and you expect to be terrified at any time. This game managed to keep me on edge, expecting encounters that often never came. In a nutshell, this game psyches you out and makes you into your own worst enemy. Also, I should mention, this game is tough. It is no walk in the park. I died frequently. Sometimes frustratingly so. Be warned! 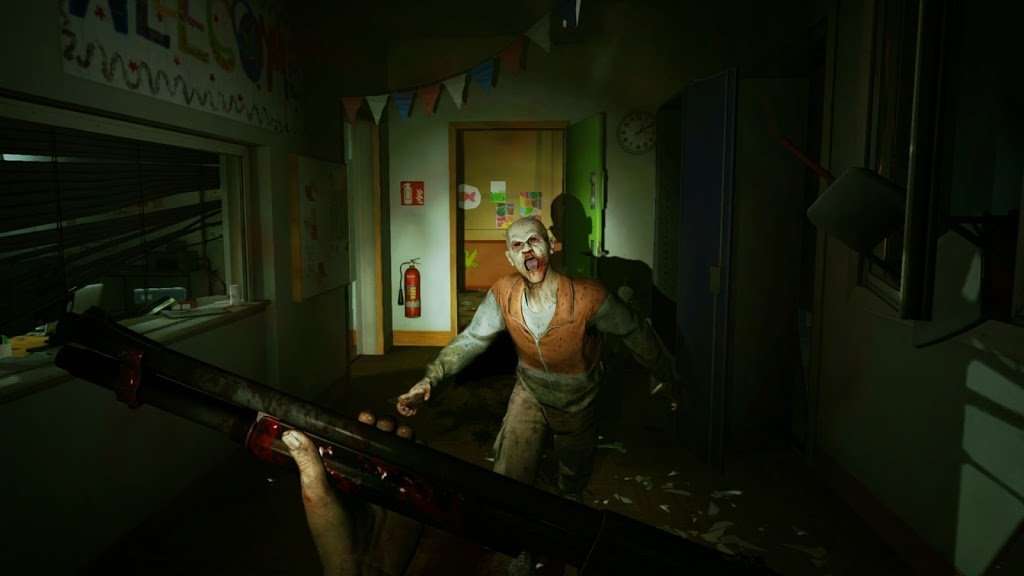 Difficulty: Very Hard –  There are two modes in ZombiU – Normal and Survival mode. Both difficulty settings are the same in terms of actually game-difficulty. But in Normal mode, if you die you get to start over as a new character. In Survival mode, if you die it’s game over. – That being said, either way you play is going to be difficult. This is a pretty tough game. Other players that I’ve talked to on the Miiverse community have likened it to being on par with Dark Souls.  I tend to agree with this.

Story: Yes, this is your typical zombie apocalypse survival horror game. But there’s actually a surprising bit of backstory included as well. A lot of this is given to by The Prepper as you play, but there are some other characters that pop up later on that shed even more light on the scenario.

Originality: It is true that the zombie genre has been done to death, but ZombiU manages to keep it fresh by taking full advantage of the special Wii U hardware. The gamepad combined with the unique online experience really makes this title feel brand new..

Soundtrack: The score for this game is brilliantly done. The music is very dynamic. It ebbs and flows with the events of the game resulting a great amount of apprehension. The ambient noises and everything else is pretty much top notch as well.

Fun: If you enjoy horror/survival games, there’s a lot of enjoyment to be had here. If scary games are not your thing or you are easily frustrated you might not have a very good time with ZombiU.

Graphics: Ubisoft has done a wonderful job visually here. The graphics are as crisp and sharp as any other current-gen title. The lighting and particle effects are excellent for this type of game and do a great job creating a sense of foreboding. Like many games of this type, ZombiU is very dark and can sometimes be difficult to see if playing in a bright room.

Playcontrol: The playcontrol is a real mixed bag here. Because of the unique nature of the game, the gamepad plays a special role. Actual game-responsiveness is not much of an issue. But menu navigation the overall control scheme takes a little getting used to. My biggest problem with this game was deciding what to pay attention to. The main game takes place on your TV screen, but there’s a lot to do with the gamepad screen as well. I’d find myself watching the gamepad and ignoring what was on the main screen. This resulted in a lot of accidental deaths. I suppose on one hand you could look at this as a bit of a flaw. But on the other, it’s also very realistic. The gamepad exists in the game, as a tool used by your character. When you are looking at the pad, for the most part so are they… so despite being annoying it actually works.

Value:  This game originally retailed for $40 when it was released. A fair price in my opinion. Especially if you like zombie/horror games. These days, it can often be found new for $20 or less. A good bargain.

Overall score (1-100): 70 – There’s a lot to like here if this genre is one that appeals to you. Even if it is not, this game is a great example of what the Wii U is capable of. In all honesty, I was impressed by ZombiU, but a little put off by the difficulty. This is an example of a game that “is what it is”, and makes no excuses about it. When you play it, you’re either going to love it or hate it. But it’s very easy to appreciate what it brings to the table.