Well, it’s Halloween. While I didn’t get as many horror games finished before today as I had hoped. (Thanks in part to a one-week vacation). I did finish up the unusual game of Serena today. So as usual, I’m here to share my thoughts.

Serena is different kind of game. First of all, it’s free. So right away, it’s worth a look. This game was designed as both a game-engine demo as well as an homage to the old point-and-click adventure games of yesteryear. As a child, I played a number of these type of games on the old black and white Macintosh. Some of my favorites were, Enchanted Scepters and Transylvania. Serena is a bit like those in many ways, but also quite different. 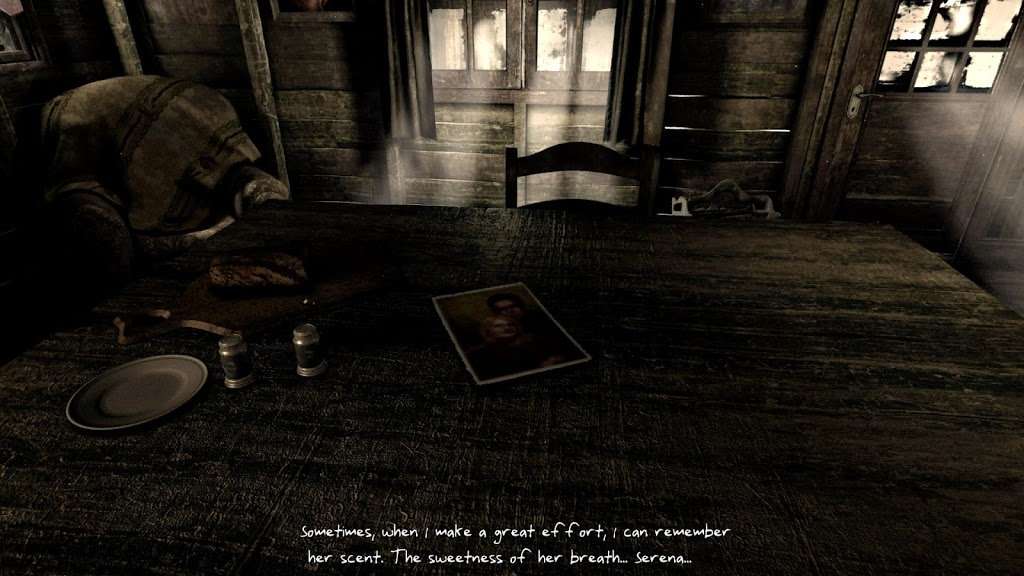 This game takes in place entirely in a one-room log cabin. You play the role of a tormented man who is awaiting the return of his lover, Serena. Oddly, he cannot seem to remember her face or many of the details about her. The game consists of walking around the cabin and examining the various articles and furnishings that are laying about. As you do this, your memory slowly starts to return.

The gameplay is entirely restricted to this one room. Progress is measured by the hourly chime of a clock on the wall. Once the chime goes off, you will typically have to re-examine all of the various items around the cabin again. This time, a different narrative is provided, etc. This continues until you uncover the secret behind Serena’s disappearance and finally reach the conclusion of the game.

The game itself is very short and features a very basic interface. As I stated, the goal here is really to simply provide a demo for an adventure game-engine. In many ways, Serena is very similar to the games Gone Home or P.T., that I reviewed previously. Except it’s not nearly as advanced as either of those titles.

For this reason, I will not be giving Serena a full review. But, I will say that I found my playthrough of this title to be an interest change of pace and upon reaching the end, I consider it to be time well spent. The graphics are very well done for this type of game. The voice acting is superb and the game audio is engaging.

As far as including it in my Halloween playthrough… it fits. Just play it to the end and you’ll see what I mean. Very psychological. The ending is still hotly debated on the steam forums.

Serena is available for free on Steam. 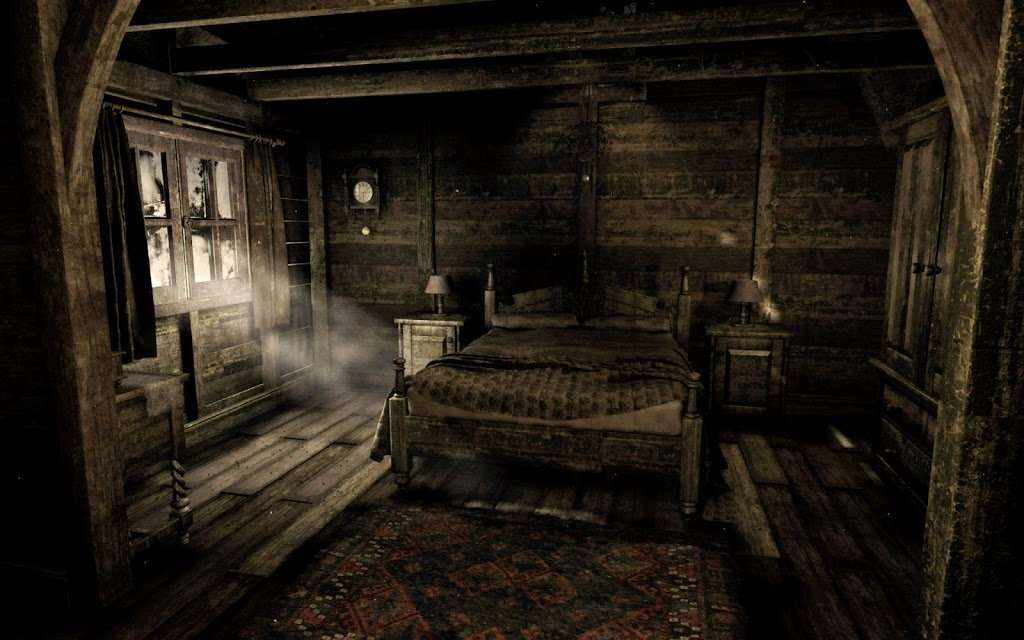