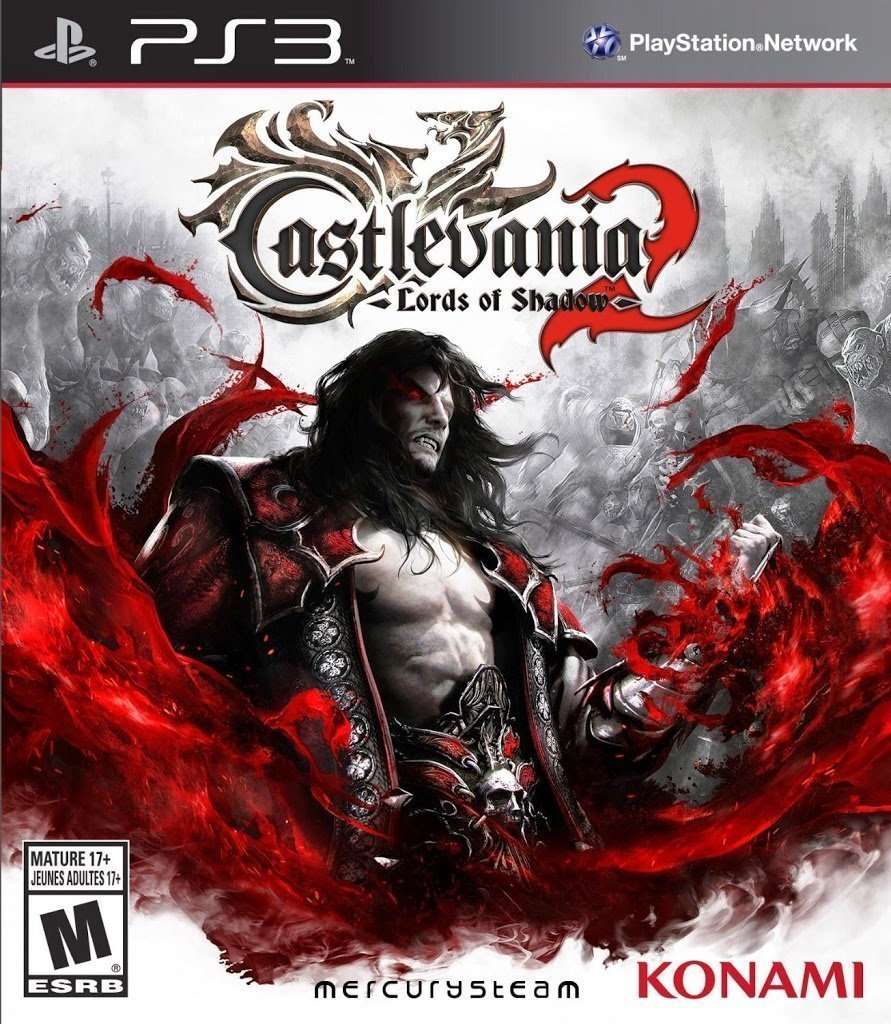 Better late than never! I originally hoped to finish this game in time for Halloween, but I missed it by a few days. Regardless, I have finally finished my playthrough of Castlevania: Lords of Shadow 2. Here’s how it went…

This game follows the new “reboot continuity” in the Castlevania series. It is a direct sequel to Lords of Shadow and Mirror of Fate. In this title, you can again play as Gabriel Belmont. However, this time around, in the aftermath of the first game, he is now known simply as; Dracula. After a brief tutorial, the game begins with Dracula awakening in the modern era. Weak and confused, Dracula leaves the confines of his sanctuary and wanders the streets in search of answers. It is not long before Dracula encounters his previous nemesis, Zobek. Zobek explains that a wicked cult is on the verge of summoning Satan to the physical world. He offers Dracula the secret to a true death in exchange for infiltrating the Satanic cult and preventing the dark lord’s return. 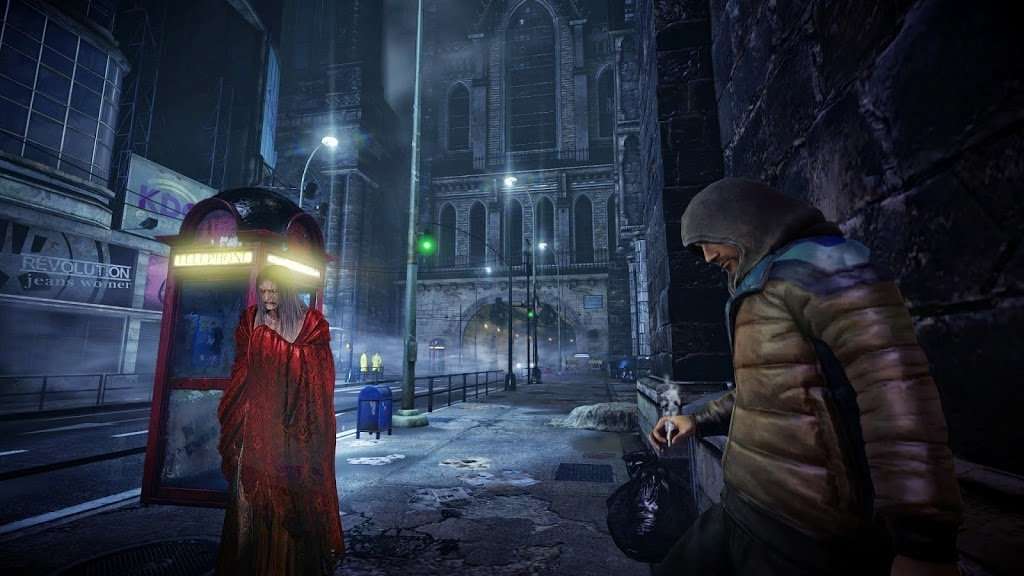 When the game begins, Dracula is in a fairly weakened state. Of course, as you progress through the game he recovers more and more of his former power and ability. The gameplay itself is very similar to the original Lords of Shadow. This is especially true when it comes to combat and skills. However, unlike the original game, the world is much more open. The chapter system from the previous game is replaced with a completely open world.

For the most part, you are free to come and go through previously uncovered areas as needed. Eventually, you reach a point in the game, where Dracula is able to “shift realities” and see the world as it used to be. This adds a whole other world to explore, as you can explore both the modern city as well as in ancient times.

In theory, this concept sounds quite interesting. But personally, it actually seemed a bit confusing to me in practice. On more than one occasion I became lost and had to backtrack quite a bit to get my bearings again. In the beginning of the game, I was often very confused about where I was supposed to go next. Yes, there’s an on-screen map with an indicator, but at the same time it isn’t very intuitive and it does not make your intended destination obvious. The gameworld itself also seemed a bit glitchy for me at times. On two separate occasions, I became stuck in the game due to glitches and had to lose my progress and start back from a previous checkpoint. The first time, because I ended up in an area that should have been inaccessible and could not progress further (fell from a great height near a pit that sound have insta-killed me, but managed to find footing at the last second), and second while playing the DLC scenario (a door that was supposed to be open, did not open).

It would have been very easy for me to get frustrated with the confusing environments if it wasn’t for the engaging storyline. The plot to this title, although a little hard to follow at first (with all the timeline hopping), is excellent. It’s even better if you actually played the Mirror of Fate title that bridges this game with is prequel. 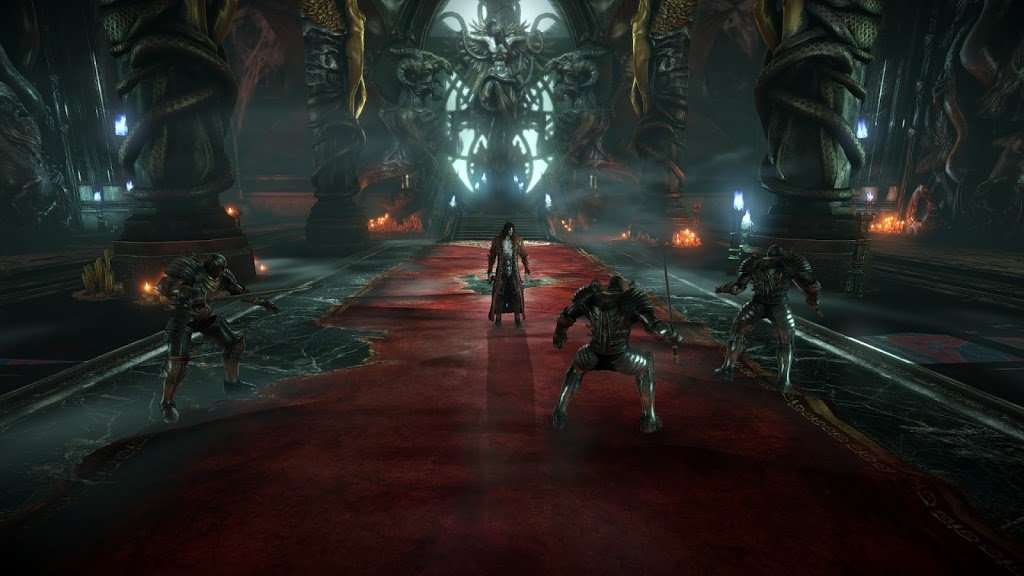 The best thing about this game, aside from the storyline, is the combat system. While very similar to the first Lords of Shadow game, the action in this title has a very polished feel to it. Battles are fast paced and the boss fights especially were much more interesting than they were in the previous game.

While the combat may seem like a bit of a rehash, there are plenty of new features in the game that keep things interesting. Keep in mind, that this time around you are playing Gabriel as Dracula. Thus, he has vampric abilities. Dracula has the ability to possess certain NPCs and use them to his advantage. For example, he can possess the body of a security guard to gain access to restricted areas. Dracula can also summon bats to distract enemies, or even transform himself into a swarm of rats to sneak past guards or explore tight spaces. Sadly, while this sounds good in theory – there’s actually only a handful of places in the game where these abilities come in handy. For the most part, I didn’t even give them a second thought.

Visually, the game is amazing. The environment and characters are beautifully rendered. The transition from cutscene to action is nearly seemless. 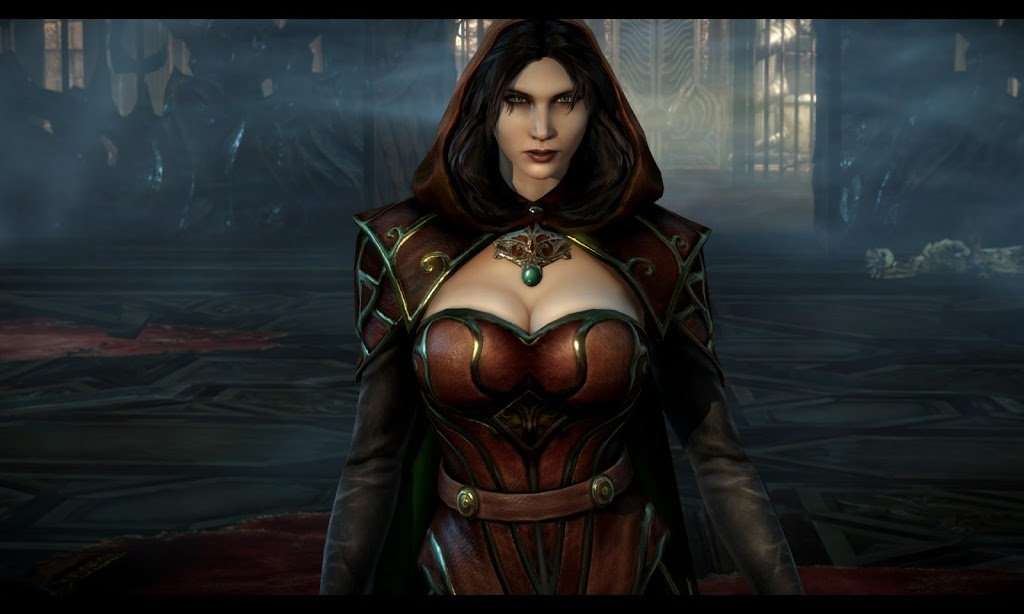 All in all, the game is enjoyable and I feel like I got my money’s worth. The initial confusion and frustrations had mostly passed by the time I hit the game’s midpoint. But still, for the price, I can’t help but say I expected more.

Lords of Shadow 2 does feature an additional downloadable chapter called “Revelations“. This DLC is not free, and costs about $9.00. In this chapter, you get to play as Dracula’s son Alucard and experience some “behind the scenes” events that occurred prior to the start of the main scenario.

Playing as Alucard sounds pretty interesting at first. But there’s really nothing new here. Combat works the same. Alucard does has a unique set of abilities. In truth, the DLC is only three levels long, and most of these are actually annoying puzzles and timer-dependent events. Compared to the main game, there’s very little combat in the DLC scenario. I think I finished Revelations in about three hours. The amount of content didn’t really seem on par with the price of the DLC. 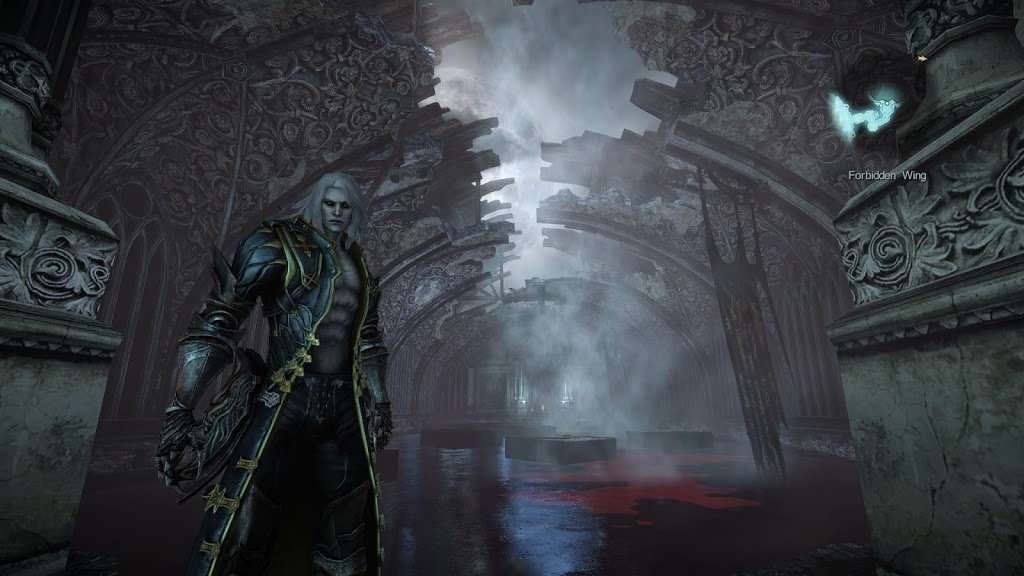 Difficulty: Variable –  There are several difficulty modes. These options are pretty accurate. Choosing the easy mode not only seems to make combat slightly easier, but it also removes the cutscene/button-mashing requirements from the boss fights. Making these battles 10x simpler than they are in other modes of play.

Story: The storyline seems pretty shallow at first, if you’re a legacy Castlevania fan. But as you progress through the game you begins to understand more the details behind the plotline. I run the risk of spoiling things here, but the end of the game does a great job of shedding some light on Dracula’s true nature and motivations. Very well done.

Originality: There are several new features in this game that helps it stand out from the previous game. However, there are more similarities than new features.

Soundtrack: The music here is fitting. But I felt it was largely uninspired. The quality of the soundtrack is superb, but aside the little piano ditty you hear on the title screen, I can’t think of a single stand-out track. The voice acting on the other hand is phenomenal.

Fun: If you enjoyed the first game, there’s plenty here as well. Overall, I good time playing this game. But at times it felt a little dry and somewhat wooden.

Graphics: This game really shines visually. The artwork here is as good as ever. The gothic nature of Castlevania is superbly presented here. Everything from the levels to the characters are wonderfully designed and rendered.

Value:  Console version of the game will run anywhere from $30-$60 depending on the retailer. At the time of this writing the Steam version sells for $40. The optional DLC scenario will put you out another $8.00. – If you’re a big Castlevania fan and you loved the first Lords of Shadow, this price might be worth it. For everyone else, I say wait a while and pick the came on sale/clearance.

Overall score (1-100): 60 – I love the Castlevania series, and all things considered, this is a decent game. But to me, this title didn’t have the magic that I really have come to expect from the franchise. I have a feeling this game fell victim to Konami’s desire to cash in a sequel more than anything else.