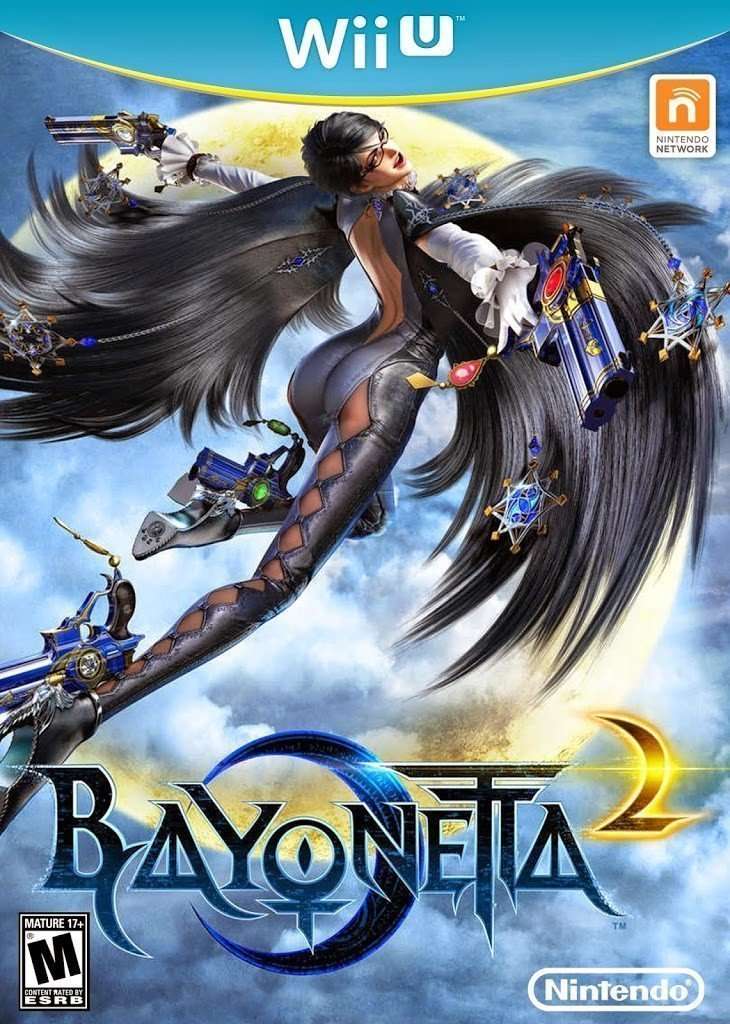 Just in time to end the month, here’s my review for the second half of the Wii U bundle, Bayonetta 2. This game is a prime example of a true-sequel if I’ve ever seen one. The game is certainly more modern and polished, but has a feel very reminiscent of the original. In fact, if you played the original title, you know exactly what to expect here.

The game begins with a very entertaining cutscene in which we see Bayonetta’s best friend Jeanne, carried away by angels. Following them, Bayonetta learns that Jeanne is being kept in the depths of Hell for unknown reasons. During her journey to the gates of Hell itself, she encounters a strange young man. Together they make the journey to rescue her friend, all the while, shedding light on some very important plot points. I know I’m risking a spoiler here, but at the end of the game, everything from both this title and the original game finally come full-circle. You’ll see what I mean if you play the game to completion. 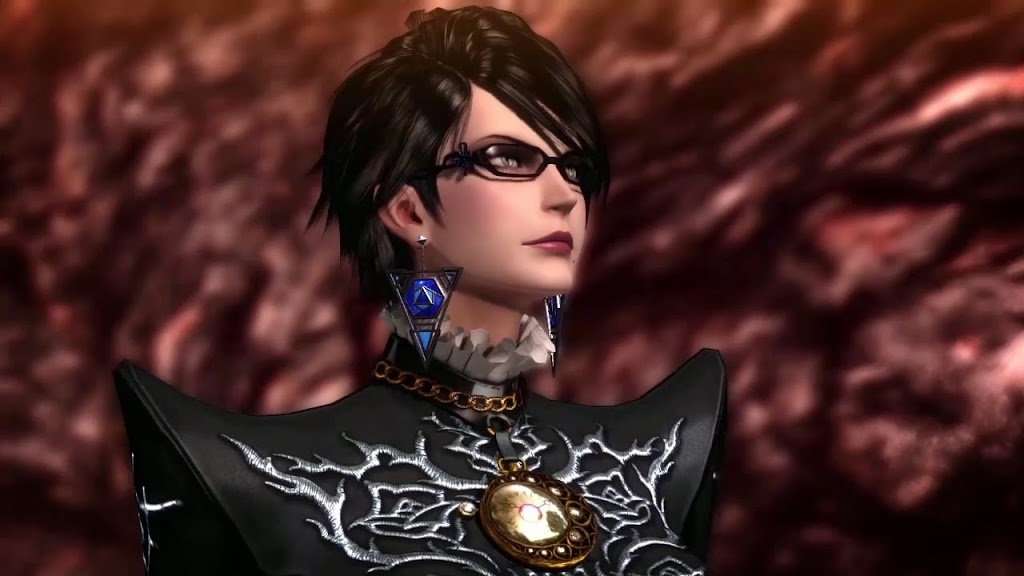 It’s difficult to even summarize the story without giving much away, so I’ll stop there. Lore-lovers will have a field day with this game though. At the end of the first title, I admit to being a bit confused by the outcome. I understood the game plot, but certain details were a bit muddy. Thankfully, this game solved all that, at least for me.

One of the first things you might notice is Bayonetta has a bit of makeover in this game. This time around, she sports a more modern hairstyle, which personally, I think looks fantastic. But characters aside, the whole game has a much nicer art-direction. The enemy designs seem to have a bit more detail as do the environments. The graphics on this game are  simply stunning. This title really shows what the Wii U is capable of. Despite the breathtaking visuals, I never experienced any stuttering or visual slow-down at all. The game performed smooth as silk from start to finish.

The gameplay itself is very similar to the original title. Button-mashing chain-combos are the name of the game here. This time around, there’s also a new gauge to fill up. Once it’s maxed, Bayonetta can execute a series of special attacks. As in the first game, there’s a few alternate-play levels, but for the most part it’s standard combat. 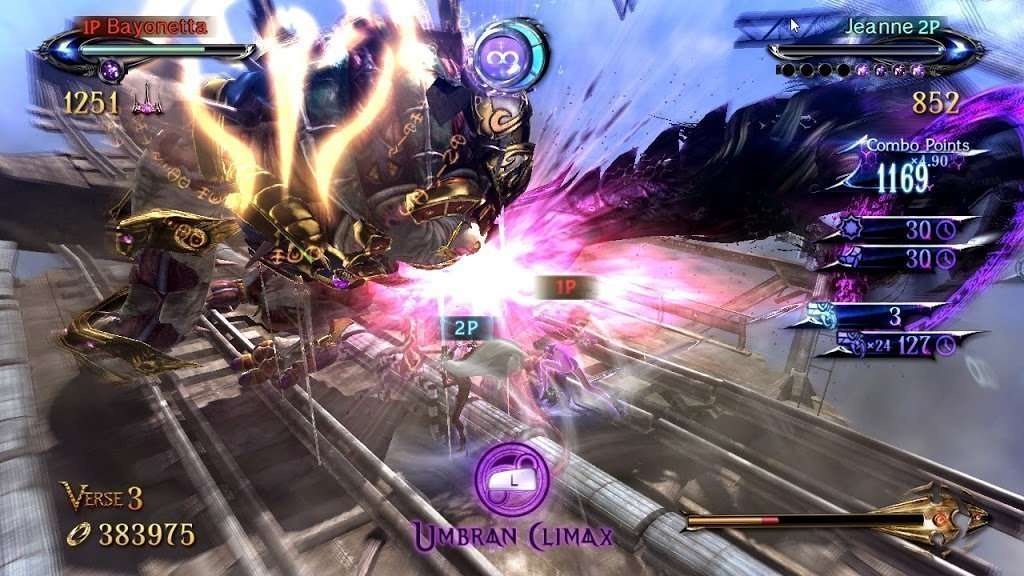 This time around, there’s also a multiplayer feature. This “Tag Climax” mode teams you with another player. The goal is to defeat a specific battle from the game. The person who manages to score the highest in a series of battles wins. Upon starting the multiplayer session, you are able to bet “halos”, thus making the battles either very profitable or a big punch to your pocketbook. This mode is best experienced after the end of the game, once all or most of the content is clear. The reason being, is this time around the optional boss fight is unlocked by spending the max number of halos in the in-game virtual store.

Also, upon beating the game you unlock the ability to play as Jeanne. Thus giving a bit of replay value to the title itself.

In many way, Bayonetta 2 is very similar to the original, but it’s also enough of an upgrade to feel new. Nothing about the charm of the original title is lost in this new chapter. If anything, it’s polished to perfection. 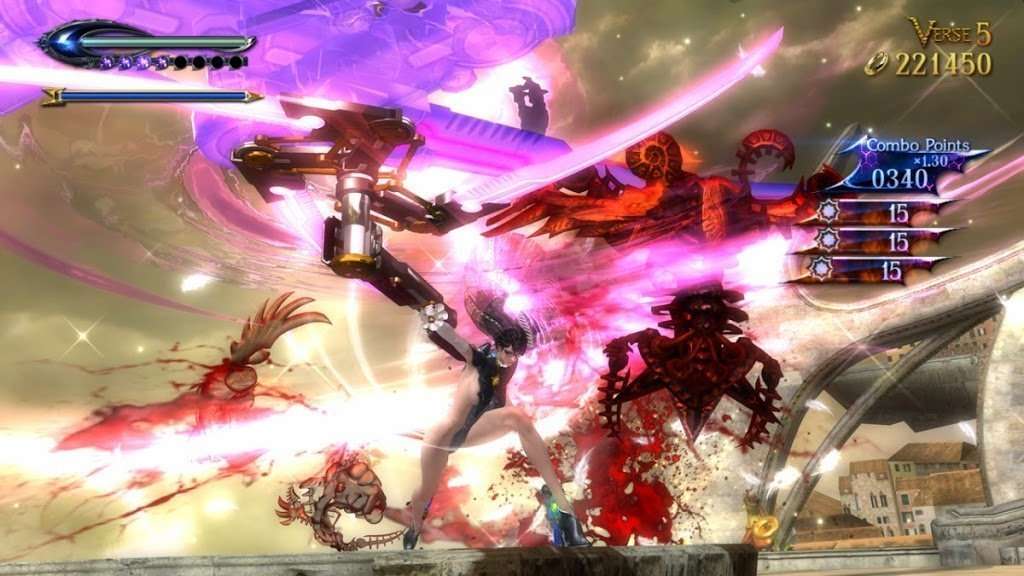 Difficulty: Variable –  This time around, there are three levels of difficulty. For most players, I would recommend the middle of road approach. The easy setting makes the game a little too simplistic in my opinion. I suppose it might be good for young children, but then again this is not a game made for kids.

Story: The storyline here is much improved from that of the first game in my opinion. In fact, it actually serves to clarify things from the first game quite a bit. While also carving out a new scenario. I was very surprised by this. So much so, that I would almost say that playing these games together, back-to-back is a must.

Originality: There’s not much new here when compared to the first game, or even other games of the type. But, where the game falls short in breaking ground, it makes up for with its great visuals and over the top action.

Soundtrack: The soundtrack here is very much like the original title. Funky dance music mixed with an epic score. This time around, the underlying theme is “Moon River”. Overall, the music here is very listenable. The voice acting is also again, superb.

Fun: Unless you’re a prude, what’s not to like about “stripper witches”? I admit that I enjoyed this game probably a lot more than I should – both thanks to it’s non-stop action and risqué moments. Players who like button mashing fighters and action titles will find a lot to like in Bayonetta 2.

Graphics: The Wii U really shines here. This game really packs a punch visually and also (as I noted) with no slowdown. The whole game is a solid 60 fps.

Playcontrol: Again, we have multiple controller options. I played thru this game using the Wii U gamepad for about half of the game, and then I switched to the Wii U Pro Controller for the other half. Both ways handled about the same, but the controller does feel a bit more natural for this type of game. Admittedly, after a while, the only time I really used the Gamepad was when I wanted to play the game away from the TV, viewing the action on the gamepad itself.

Value: Currently, purchasing this title gets you both Bayonetta and Bayonetta 2 for one price. So it’s really a no-brainer. But even if, Bayonetta 2 is certainly worth full price in my opinion. The multiplayer content helps to add a bit to value as well.

Overall score (1-100): 90 – I give Bayonetta 2 top marks. I was genuinely impressed with the title. It featured all of the good aspects of the original game as well patching some of the holes I felt existed in the original. I know I keep comparing it to its predecessor, but even on its own Bayonetta 2 is a solid Must-Have for any Wii U owner.