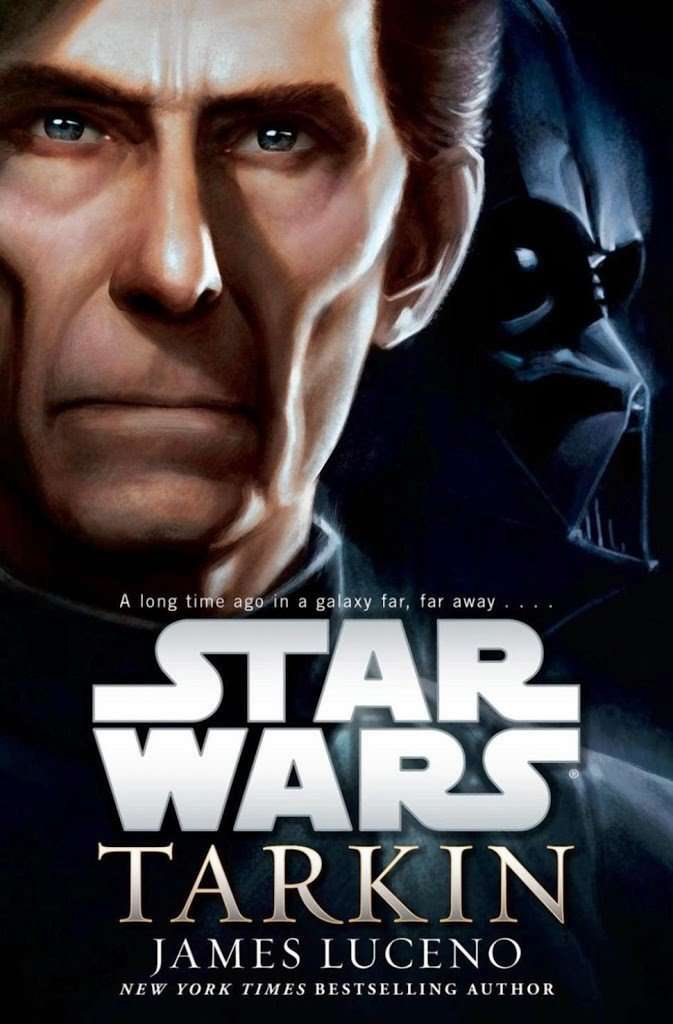 There’s a lot to talk about on the Star Wars front, but before getting into that, I wanted to take a moment to make a brief post on the most recent Star Wars novel: Tarkin.

Like the title implies, this is a book all about one character in particular; Grand Moff Tarkin.  Tarkin was introduced in the original Star Wars movie (Episode IV) and was played by veteran actor Peter Cushing. In the movie, Tarkin is a high-ranking Imperial officer. Arguably an equal to even Darth Vader. As most Star Wars fans know, Tarkin meets his end when the rebels succeed in destroying the Death Star.

The next time we see Tarkin in any official capacity is a brief on-screen cameo at the end of Episode III. We again see a younger “Commander Tarkin” in a few episodes of Star Wars: The Clone Wars. In these episodes, he works alongside Anakin Skywalker and handful of other characters.

I’ve always been very intrigued by the character, and when I learned there was going to be a novel dedicated to him I was thrilled. I was little let down to learn that the novel was being authored by James Luceno. I’ve had some touch and go experiences with Luceno’s writing in the past. I really enjoyed his novel Darth Plagueis, but I was less impressed with his novel Dark Lord: The Rise of Darth Vader. His dialogue is usually pretty spot-on for the characters he’s writing about, but he tends to be a bit wordy and overly descriptive for my tastes.

Regardless, in this book we get to Tarkin at a very young age. We learn a bit about his upbringing and family. A portion of the book is spent on explaining how he became the cold and calculating character we see in the movie. A large portion of the novel involves him working alongside Darth Vader as they undertake a task given to them by the Emperor.

For me, the best part of the book was seeing Tarkin, Vader and Palpatine interact with each other. I love anything that sheds light on the mysterious relationship between Darth Vader and the Emperor and there was a lot of that in the novel.

Several important aspects are also made clear for the first time in this book. Keep in mind, all these novels are now 100% official when it comes to fitting in with the existing Star Wars universe. So we finally get clarification here that the fact of Anakin Skywalker becoming Darth Vader is not common knowledge. Also, this book also cements the fact that “Darth Plagueis” was indeed the mentor of Palpatine. This is something explained in the previous novel Darth Plagueis (also written by James Luceno, but is no longer considered to be canon.) So now, we have once again established that connection.

As these new books continue to roll out, I think we’ll see more of these “wink and nod” links between the old EU and the new canon. Many authors are not the type to abandon concepts from previous novels that they’ve labored over. This is why I tend to feel that the contents of both Kenobi by John Jackson Miller and Darth Plagueis are likely stay pretty safe.

Story: Somewhat slow to start but picks up about halfway in. Very technical in parts. Great character interaction.