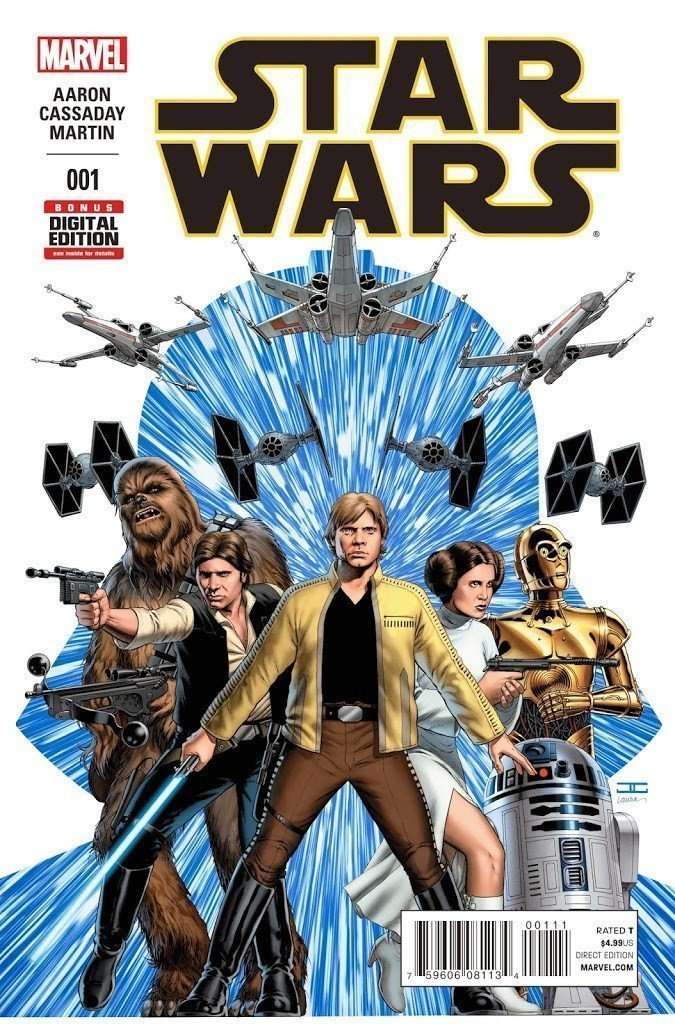 After a long wait, it is finally here. Marvel’s Star Wars #1, and it is amazing.

After the news of the Disney acquisition, and the introduction of the official canon; it was widely expected that Marvel would once again obtain the rights to publish Star Wars comic books. Of course, this is exactly what happened. Many Star Wars fans had reservations about the news, due to Marvel’s previous forays into the Star Wars universe. Thankfully, things have really changed in the comic book world since the early 80’s, and it soon became obvious that this new book was going to be handled with the attention and respect that it deserved.

I should start by mentioning that there will be several new Star Wars imprints being released by Marvel in the coming months, but right now, we’re going to focus on this one. Marvel’s “Star Wars” is the new flagship title. At this time, the story presented here covers the event between Episode IV and Episode V. The events in issue #1 seem to take place very shortly after the end of A New Hope, maybe be only a few weeks or months.

In this issue, we see Han, Luke, Leia, Chewbacca and the droids infiltrating an Imperial manufacturing facility with the intentions of causing some chaos in the name of the rebellion. Things quickly escalate and Luke ultimately has a very unexpected encounter with Darth Vader. (Who refers to him as “The rebel pilot who destroyed the Death Star”)  — so even to Vader, Luke’s identity is not yet clear. 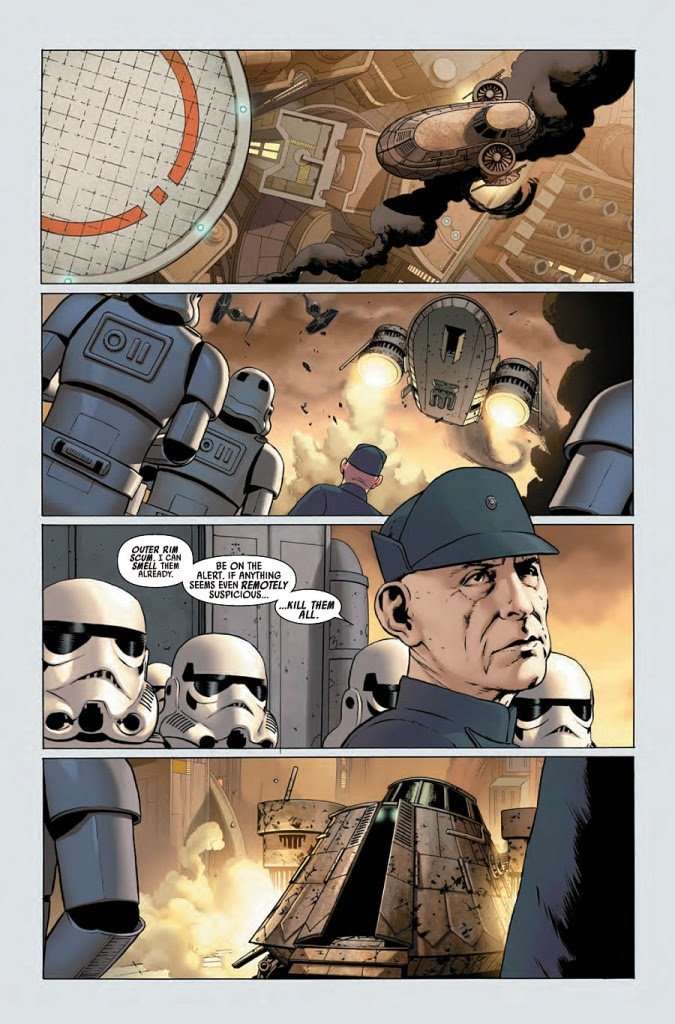 Even though the summary above may sound a bit trivial, trust me when I say that it is flawlessly executed. I already had a good feeling about the way the new comics were going to be handled, but I was blown away at just how polished every aspect about this book felt. This doesn’t feel like some cheap marketing spin-off. This IS Star Wars. Reading this book, I truly felt like I was finally seeing the events that occurred after Episode IV. The story presented here just has a “ring of truth” to it that I’ve not often found in most of the old EU materials. Of course, since all new products are approved by the Lucasarts Storygroup, that’s exactly what we are getting. This is 100% official canon and it is working.

Story aside, the artwork is also very well done. The comic has a very sleek look about it. The coloring is spot on and well done. I’m not sure how I feel about the artist’s rendition on the characters, however. For example, in some panels, Han Solo looks just like Harrison Ford. In others, he looks completely like someone else to the point where I only know it’s him due to his clothing and the context of the story. The same is true for Luke and Leia. But, in the grand scheme of things, this is a very minor gripe.

In a nutshell, if you are die hard Star Wars fan. This comic is a must-read. I can’t wait for issue #2. I’ll be posting more thoughts on this title once the first story arc has completed in a few months. Until then, I’ll be sure to review the new Darth Vader comic premiering next month.

Artwork: Very good. Good use of color. The artist manages to capture the “worn-out” feel of the original trilogy perfectly.

Story: Fantastic. The contents of the new book really feel at home with I’d expect from a post Ep IV storyline. Everything fits, nothing feels forced or hokey. I can’t wait to see more.