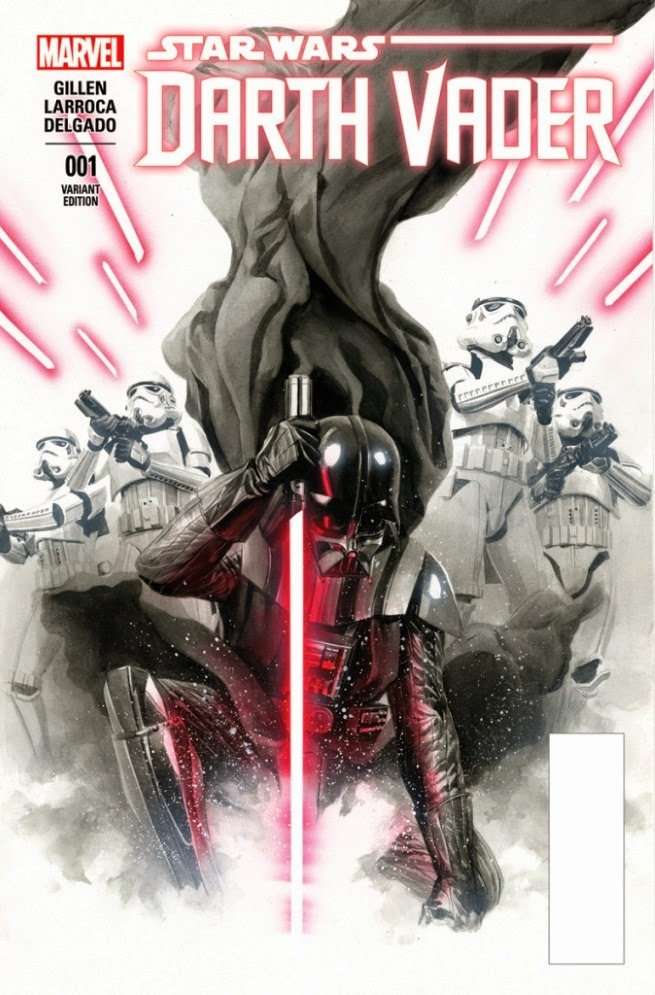 So far we’ve had two issues of Marvel’s new Star Wars comic to digest. Now we are served the second course: Darth Vader.

This comic focuses naturally on Darth Vader himself, and is actually told with a bit of an Imperial slant. This will be an ongoing series, much like Star Wars. The book takes place shortly after the events of the current Star Wars comic. So it seems that the story is going to run somewhat in tandem with that book, at least at first.

In this first issue, we see Vader visiting some familiar locations. At first, this seems a bit out of place and maybe even forced, but as the story continues to unfold it all begins to make sense. We also see a very iconic character make an appearance here as well. But don’t worry, we’re also introduced to a new villain as well. One who actually seems to be quite interesting. Needless to say, I’m looking very forward to seeing where this story is going to go. 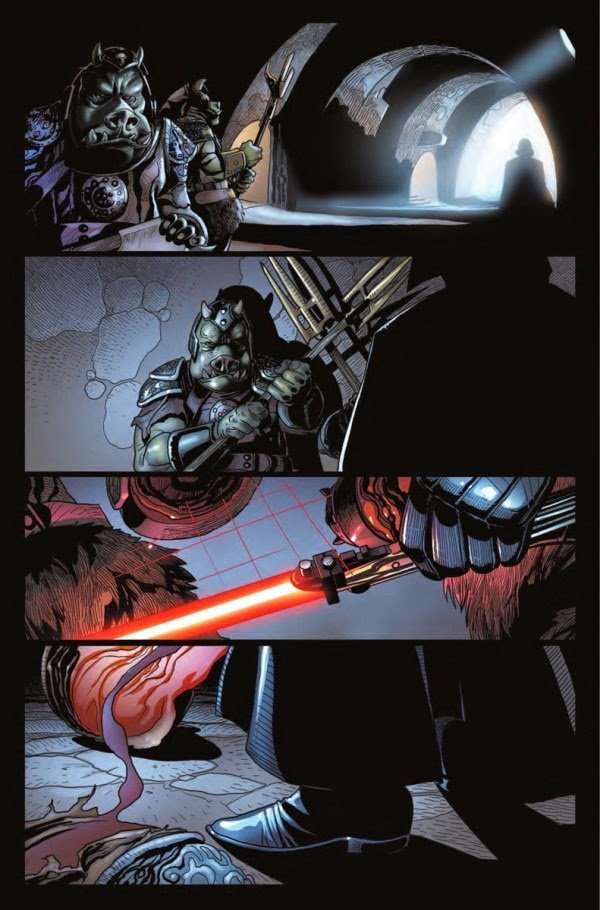 Artwork: Excellent. Good use of color. I find this book to be much more appealing visually that the current art in the main Star Wars comic.

Story: Masterfully told so far. Of course in an episodic format like this, it can often be hard to make a call until you can read the entire arc. But so far, so good.