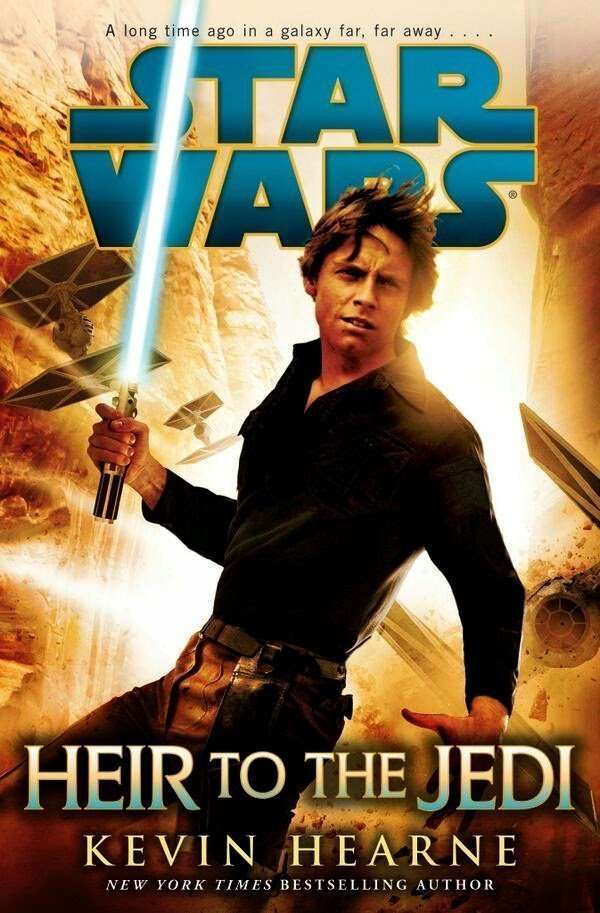 Today I share my thoughts on the newest Star Wars novel, Heir to the Jedi. This is another big release that I have been eagerly awaiting since the original announcement. This novel is set between Episode IV and V, and focuses on Luke Skywalker as he works for the rebellion and learns to develop his abilities with the force. This is a topic that has always fascinated me. When we last see Luke in Episode IV, he has only the most rudimentary understanding of the force as a whole. Yet by the time we catch up with him in Episode V, he has seemingly learned the secrets of telekinesis. Finally, we have an official account of just where he learned that ability! Sadly… the way this plays out in the novel is not exactly what many fans were hoping for.

Before diving into that topic, I should also mention that this book is written in the first-person, which is a bit of an oddity for a Star Wars novel. But it was actually a decision that excited me quite a bit. I enjoy first-person narratives and the idea of getting into the head of Luke Skywalker seems too good to pass up. All in all, this works well for the book. The author does seem to capture a “voice” for Luke that seems fitting.

WARNING: The rest of this post may reveal some minor spoilers about the contents of the book.

The novel mostly focuses on Luke as he runs various errands for the rebellion. During the course of his adventures, he visits a few planets and even manages to obtain an old lightsaber that belonged to a late Jedi. He takes this opportunity to disassemble it and learns a bit about the construction of the weapon. He notices that the construct of the saber requires precision far beyond what most people would naturally posses. It is during this time, that Luke realizes perhaps Jedi Knights used the force to help assemble these delicate weapons.

During the book, Luke encounters a young woman who becomes a brief but important love interest. It is through her encouragement that he attempts to expand his mastery of the force through meditation and self exploration instead of searching in vain for someone to teach him. At one point, while the two of them are sharing a meal together, she slaps a noodle down on the table and suggests that Luke attempts to move it—- using the force. That’s right. Luke’s first attempt at telekinesis is laughably wasted on… a noodle.

Now, I’m not an author. But I’m sure I could have come up with at least five-hundred better options than scooting noodles across the table. Hell, a loose patch of rocks on the side of road seems like a better option than trying to move some slimy noodle out of a takeout box.

To add insult to injury, after Luke manages to twitch the noodle a bit using his mind, his dinner-date has the audacity to exclaim; “Oh, look at you! You little noodle-scooter!”   I shit you not.

Despite this grave offense, the book is overall well done. Which may actually make this situation even worse. I mean, I have looked at this from multiple angles and I’ve tried to be objective. I understand that one might naturally practice an ability like this using a mundane object. But for some reason using noodles just seems silly and comedic. I mean, even trying to move his fork to scoop up some noodles would have been better than just “scooting a noodle”. I don’t know. I’ll drop it here. Maybe it’s not that big of a deal. It just struck me as stupid.

Content-wise, the book is average. There are few very interesting passages to be sure, but overall it didn’t seem to reach the level of either A New Dawn or Tarkin. This is disappointing due to the high hopes I had for the book.

Side note: before the announcement of the new canon, this book was scheduled to be the third part of a loose-trilogy called Empire and Rebellion. This series of books are all three set between Episode IV and V and each one focuses on a particular character. Razor’s Edge was the first entry in the series and is essentially a Leia novel. (I didn’t care much for this one). Honor Among Thieves is the second entry and features Han Solo and Chewbacca as the main characters. (This was a fantastic book!). Of course now, both of these are part of the “Legends” branch and are not considered part of the official Star Wars timeline. (Although its highly unlikely anything in these novels could or would ever be trumped by the new movies).

All in all. Heir to the Jedi is a decent, but flawed book. If you’re a fan, it is certainly worth your time to read despite having a few cringe-worthy moments.

Story: Interesting concept and narrative. Contains new and familiar locations and races. A bit silly at times, unnecessarily so.