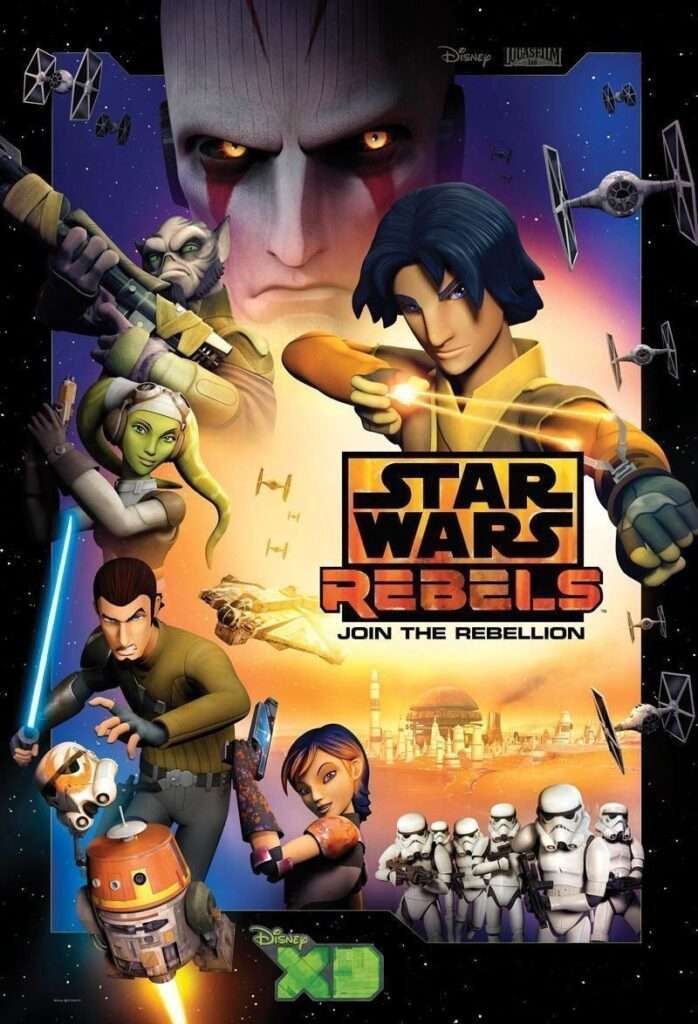 The first season of Star Wars Rebels has come to an end. So here are my thoughts on the show thus far.

Overall, I feel the show has been a success but with a few minor rough edges. The first half of the season seemed a bit directionless. I understand the goal of the first few episodes are to establish characters and upcoming plot points, but even so, I was left feeling like it dragged by. A big point of controversy, was with the re-airing of the pilot on ABC. The ABC version was a re-cut that featured James Earl Jones reprising his role as Darth Vader. Many fans missed this awesome scene as a result. For the record, this is NOT the version of the Rebels debut episode that is available for purchase on DVD. So fans may want to wait for a definitive season one package to finally see this version of the first episode.

By mid-season, the show has started to pick up and we were treated to a Bill Dee Williams cameo, reprising his role of Lando. While it was nice to see Lando again, I have to admit that this felt a little forced. Thankfully, the show finished strong with the last three or four episodes being simply amazing. Since the finale is almost a week old, I’ll go ahead and post some spoilers:

In the finale, we learn that a band of “rebels” are not alone. They are but a single cell in the larger network. Ie: The Rebellion we all know and love. We find that this rebellion is indeed lead by Bail Organa and also features…. Ashoka Tano! Yes, one of our favorite characters from The Clone Wars has finally made her return and now as a full grown adult. Naturally, this leaves fans with many questions. What an excellent set up to season two. The series finale completely turned me around from feeling luke-warm on the series to being full of excitement.

I look forward to getting my hands on a complete season Blu-Ray in the future and binge watching to see if my attitude towards the first half of the season has changed any.

In the meantime, Star Wars fans have a lot to keep themselves occupied with. The third novel in the new continuity was just released, Kevin Hearne’s: Heir to the Jedi. The first issues of Marvel’s the Princess Leia mini-series just dropped, and there’s a handful of new novels scheduled for release in the coming months. December will be here before we know it.