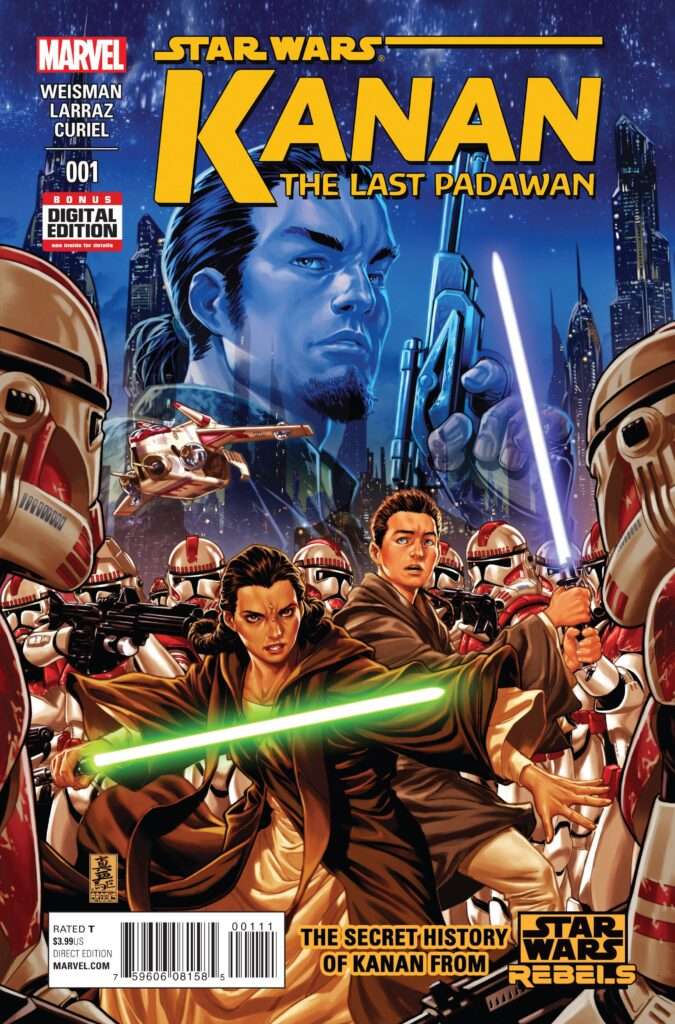 I’m a little late getting this review out. But considering all the work that has gone into the new site, I think it is forgivable.

So far, when it comes to comics and Star Wars, we have a number of things going on. First, we have the main Star Wars comic. Next, we have Darth Vader. There’s also a Princess Leia mini-series (which I plan to review upon its conclusion). Next in the ongoing category is the new title: Kanan: The Last Padawan.

This comic focuses on Kanan, one of the lead characters from the Star Wars Rebels television show. Kanan was once a young Jedi in training around the time of the Clone Wars. During the purge of the Jedi, his master was killed but Kanan managed to escape. Ever since, he’s been a scoundrel of sorts. Hiding away any trace of his Jedi heritage. This comic aims to tell the story of Kanan during the aftermath of the Clone Wars and beyond.  It’s a prequel to both Star Wars Rebels and the novel A New Dawn. So far, the title is off to a good start. The art work is well done, (matches that of the tv show to a good extent), and so far based on this debut issue, the writing is also top notch.

Being a new character in the Star Wars universe, having a whole book dedicated to Kanan may seem like a bit of a gamble.  But so far, I’m very impressed. I look forward to seeing just where Marvel plans to go with this title. If you’re interested at all in the events between the prequel trilogy and the original trilogy, this book seems to be a good entry point. 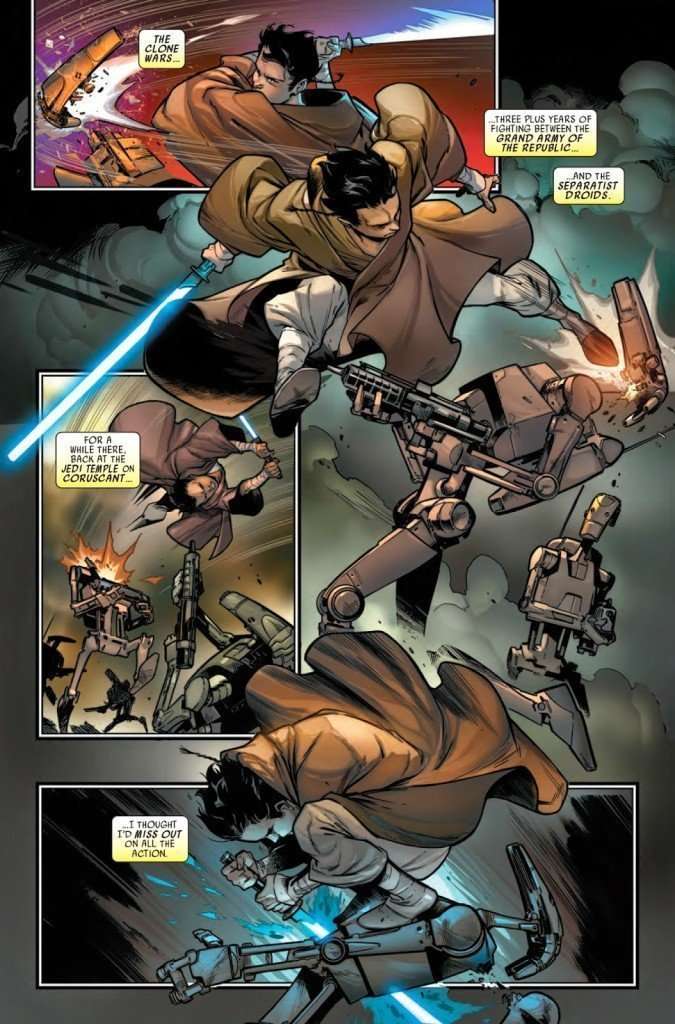 Recommended:  Yes. Especially for fans of the prequel era and Star Wars Rebels.