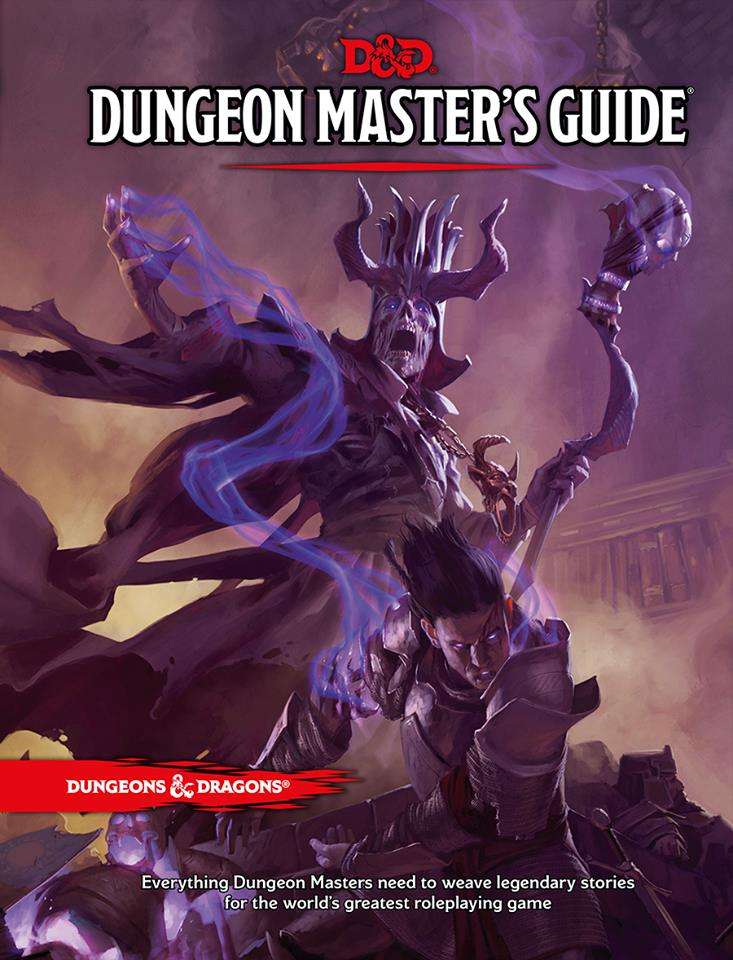 Confession time! Even though I was thoroughly enjoying my weekly D&D game, I missed a week back in the fall due to family vacation and I have not played since. The thought of missing a week’s worth of content discouraged me a bit. I guess that’s the drawback to playing a sanctioned game; it goes on with or without you. Despite my lack of playing, I still maintain an interest and I’m still buying the new releases so that when I decide to play again, I’ll have a whole library at my disposal.

So that brings me to my latest acquisition, the 5th Edition Dungeon Master’s Guide. This book was actually released back in December, so I’m a little late with this post. But that’s given ample time to flip through and look over this product and I have to say, I’m very impressed. I’ve spent a lot of time with my nose in various DMGs over the years and I was delightfully surprised to see that the 5E DMG is packed with more content than I’ve seen yet. All the staples that a Dungeon Master would expect from a DMG is here: treasure tables, optional rules, game lore, etc. But while previous manuals have often provided barebones information on many topics, this book really expands on them.

For example, in the older 1e and 2e guides that I’m used to, the section describing Planes of Existence is usually relegated to a paragraph or two with a simple rudimentary diagram, this book gives the planes their own chapter. Which I personally found to be fantastic, as the Outer Planes are one of my favorite aspects of D&D.

So again, this new version of the Dungeon Master’s Guide is just another example of what Wizard’s of the Coast is doing right in the his new edition of the game. Now that the big three core books are out, I’m very curious to see what types of products they are going to offer us next (aside from playable adventures). 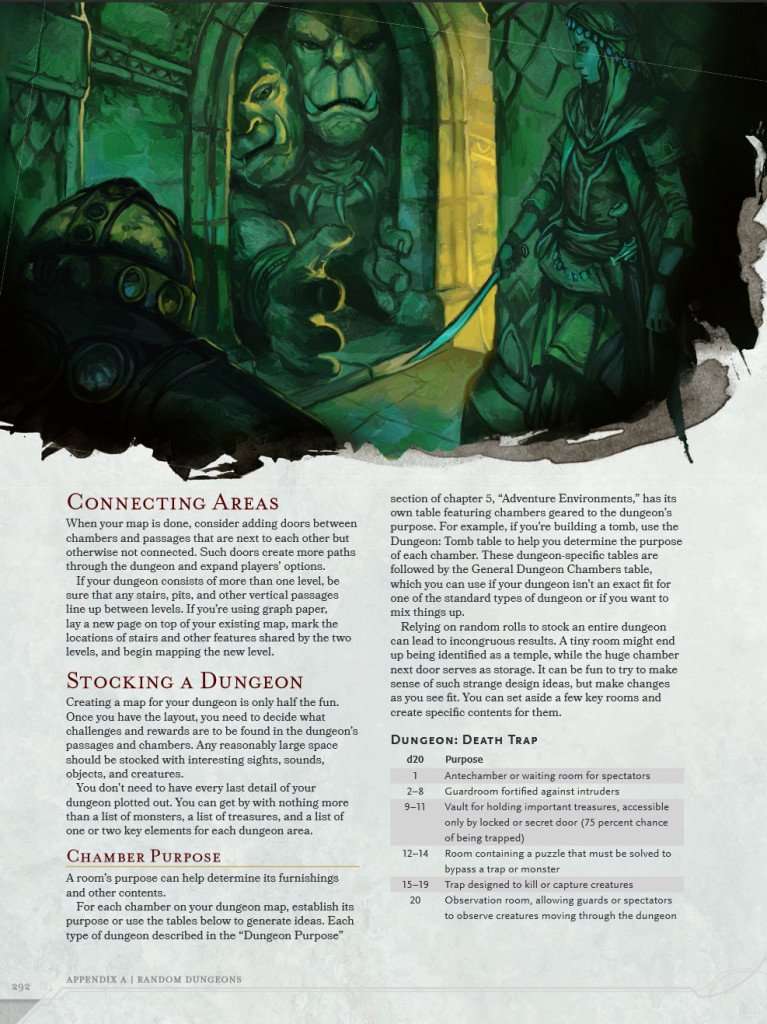