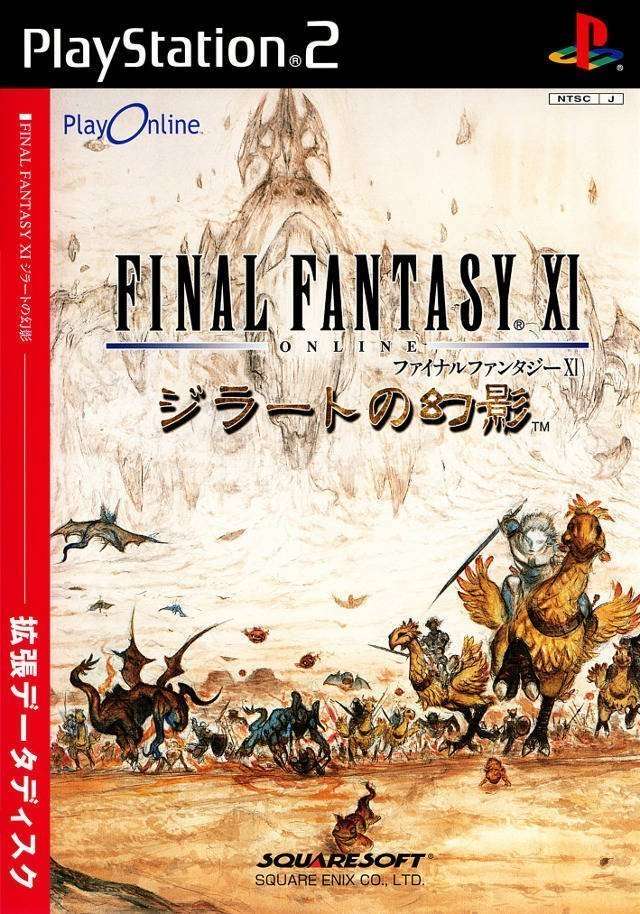 So, in the last post I talked a bit about Square’s online ambitions with the PlayOnline Service, so now let’s actually discuss the game that PlayOnline was really designed for, Squaresoft’s first MMO entry in the Final Fantasy series: Final Fantasy XI.

I remember the day I first heard that there was going to be an online Final Fantasy. It caught my attention immediately. In those days, I had largely abandoned console gaming. I was a full blown PC gamer at the time who had just only recently purchased a PlayStation 2. I was browsing some of my favorite geek-news sites at when I came across an article announcing that Square (soon to be Square-Enix) was accepting beta testers for the North American version of Final Fantasy XI. Up to this point the game was only available in Japan, but SE was preparing to bring the service to the US. American gamers would be able to share the world with Japanese players in what was to be the largest most epic Final Fantasy title yet.

I did not hesitate to apply for the beta and much to my elation, I was accepted! After a few weeks, I got my beta kit in the mail. This package was complete with the game, a set of beta test instructions and even a hard drive for my existing PlayStation 2. 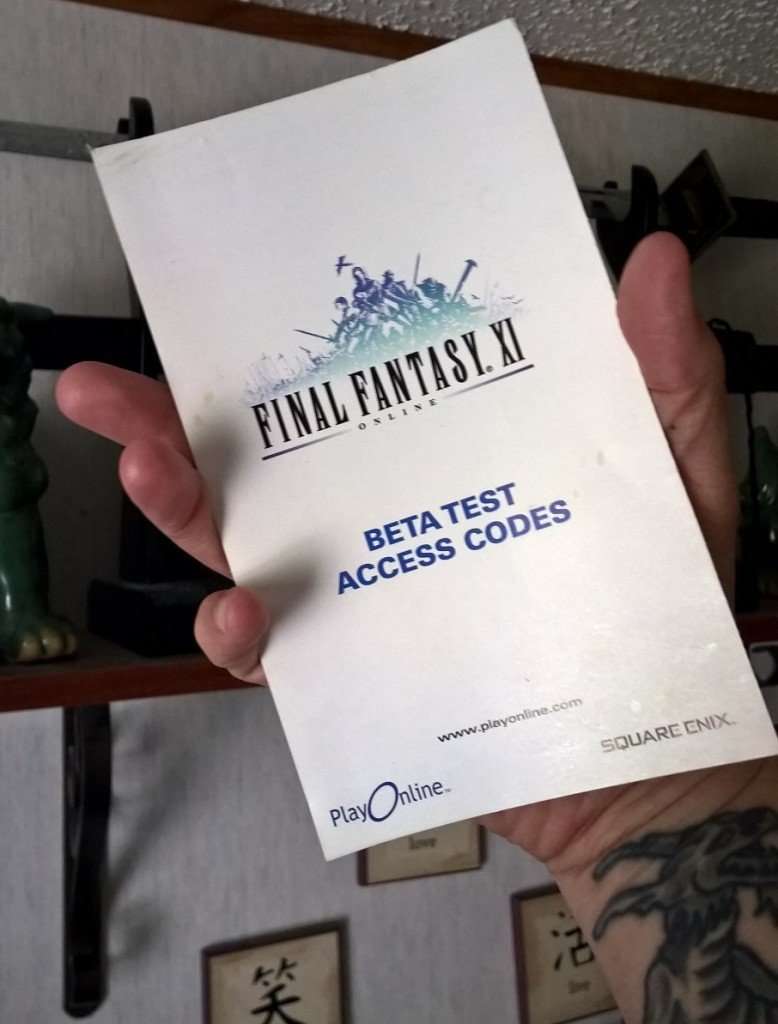 It was on that day I created my first Final Fantasy XI character: Nakijin, the Hume (human) from the industrial city of Bastok. I named the character after a castle that I once visited during my years on Okinawa. I participated on a beta server called Cactuar. If I remember right, the beta ran for maybe a few weeks to a month or more. I remember being so confused at the beginning. I had never had much success with MMOs before. My experiences with Ultima Online and Everquest left me cold. At first, I felt the same way about FFXI. It took me a while to understand the controls to begin with. On the PlayStation, FFXI is played with a controller but it is also recommended that you use USB keyboard so that you can communicate with other players. Your character is controlled as expected using one stick on the controller. The camera is controlled with the other stick. The Crosspad is used to either target objects and enemies, or to navigate the menus. For an example of what the game UI looked like on the PS2, see the image below  (I had to find this one online, since I never thought to save screenshots back in those days): 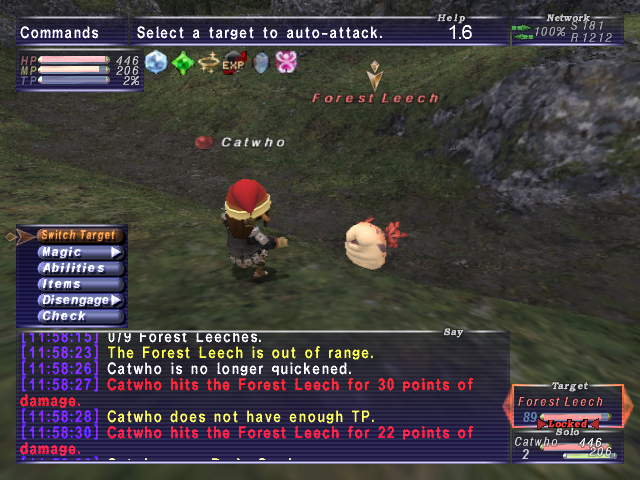 It took me a few days to get the feel for the way the game worked, but once I did, it came natural. For the most part, the game was already tested and feature complete. The main focus of the beta test was to look for translation and localization issues and to help stress test the servers. There were a few events where GMs (Game Masters – characters played by SE employees) would spawn a giant monster just outside of town and a mass of players would engage the monster to see if the server would crash under the weight. On one occasion, the producer of the game even made an appearance and showed off some armor and weapons that would be available in the retail version.

Once the game was released, I decided to switch from the PlayStation 2 to play on the PC. So I purchased a PC copy and started my character over again. I played the game for a few more months before I finally cancelled my subscription due to both moving and starting a new job. But make no mistake, I was hooked already.

So, now that I’ve given you my starting experience with the game, let’s talk about the game itself.  Please note, that for the most part, I will be explaining this game from the standpoint of the original release. So many of the modern day changes, etc will not be touched on yet in this post.

When you start Final Fantasy XI for the first time you will be prompted to create a character. The races available are Hume (human like race), Elvaan (elf), Taru Taru (little guys), Galka (big ugly guys – male only) or Mithra (cat girls!). Once this is complete, you choose a starting job: Warrior, Monk, Thief, White Mage, Black Mage, or Red Mage. Finally, you choose a starting city, The options here are: Bastok – an up and coming republic – (think colonial America), Windurst – a mystical forested nation, or San d’Oria (and old-guard style kingdom).

The one thing that sets FFXI apart from most other MMOs, even today, is that no matter what job you select for your character, you are not stuck in that role. Your character has the ability to change their job. Each class is leveled independently. So, while you may start the game as a level 1 Warrior, you can later decide to try your hand as a Black Mage. Switching to a Black Mage for the first time, will find yourself back at level 1 for that job. But, if you switch back to being a warrior again, you’ll find that all of your progress as Warrior was saved. On top of that, a player can also choose a secondary job. They must first reach level 18 on one job. Then, upon completing a special quest, they can equip a second job or “sub-job”. The sub-job will always be limited to half of the main job’s level, but will grant the player access to the skills and abilities up of that job up to it’s max sub-job level. This makes FFXI a very diverse game. You can truly do everything with only one character. 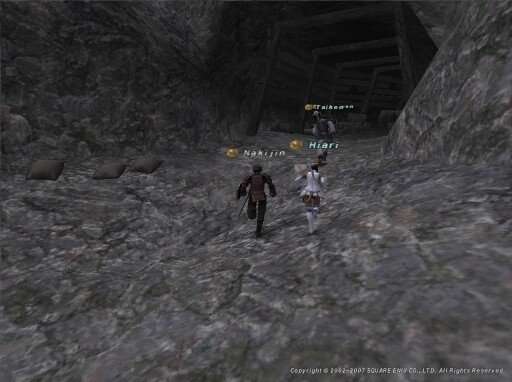 Unlike many MMOs at the time, FFXI was very focused on story. The game actually has a very epic plotline, and your character is the center of it. The first few chapters of the story will vary slightly depending on the starting nation that you select, but eventually these origins converge into one main plot for the main scenario. The story of the game is driven through Missions. As you start out and follow the hints given to you by the game NPCs, you will eventually stumble into these main scenario missions. Once you get started on that path, it is very easy to keep track going forward. The game also has plenty of optional side quests that offer same currency or other rewards, these often also help expand on the lore of the game.

In Final Fantasy XI, you play as a character who resides in the world of Vana’diel. The game is set in a time of fragile peace. Approximately twenty years prior to the start of the game, the three nations were united in an ongoing battle against the various Beastmen Tribes of Vana’diel. This was known as the Crystal War. Much of the game’s storyline focuses on the aftermath of this war and fragile truce between the city-states. As the player’s progress through the game they will learn more than a few deep secrets about the true origins of this conflict and the fabled leader of the Beastmen: The Shadow Lord.

As you play the game and experience the storyline, your character will need to grow. Like many RPGs, your character earns levels by gaining experience. Experience points are earned through combat. Your character’s stats are increased automatically as you level up. Beware however, if you die, you will actually LOSE a small amount of experience points. So yes, it is possible to de-level. Harsh! Not to mention, if no-one is around to resurrect you from the dead, you will have to start back from your “home point”. Which may be nearby or far far away from your current location, depending on how diligent are with updating it.

After a while, it will soon become obvious that  to get anywhere in this game, you’re going to need to team up with others. This is the core of the very game itself: playing with others and making friends. The entire game was originally designed around the mechanic of forcing you to have to play with others. To earn any meaningful experience, you will need to fight monsters in parties with other adventurers. To complete special events or progress in the missions, you will HAVE TO team up. This can sometimes lead to drama, but more often than not, it results in forming bonds with other players. To help with this, players can communicate with each other over long distances using a “linkshell”   (glorified chat channel). During my time in Final Fantasy XI, I made friends in-game that carried over to the real world. Many of these people I still in touch with today through social media. This is the best thing about Final Fantasy XI in my opinion. 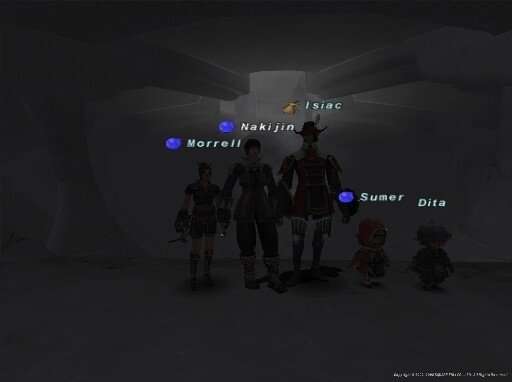 It is important to note, that when Final Fantasy XI was released in the USA, it actually included both the original game AND it’s first expansion: The Rise of Zilart. In the minds of many players, there is no difference between the two. The Zilart missions and the main scenario go hand in hand for a large part, and the areas added to the game by the expansion also seem to fit in seamlessly. Shortly after the North American release, the level cap for players was increased to 75 where it remained for a very long time. It is also important to recognize that RoZ did bring about the inclusion of several new advanced jobs to the game. At North American launch, the game contained the following Advanced Jobs that players could strive to unlock and master:

To unlock advanced jobs, a players must complete a quest and meet certain job-based requirements. Each job has its own specialized role. This mechanic is finely tuned as needed through patches and game adjustments, but largely remains unchanged. When factoring all of the skills and abilities afforded by the various jobs in the game, players are able to better define their roles in a multi-player party situation.

This is the world in which American players found themselves in after the game was brought to North America. There was a lot already to explore, and plenty of ground to cover. Most players had barely gotten started when the next expansion to the game was announced.

I’ll touch on that and the further evolution of Final Fantasy XI in the next post! 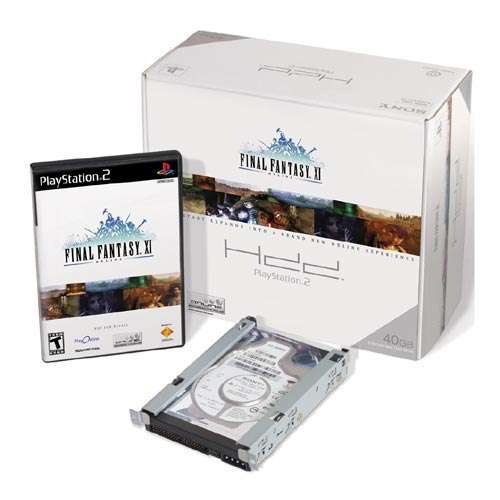