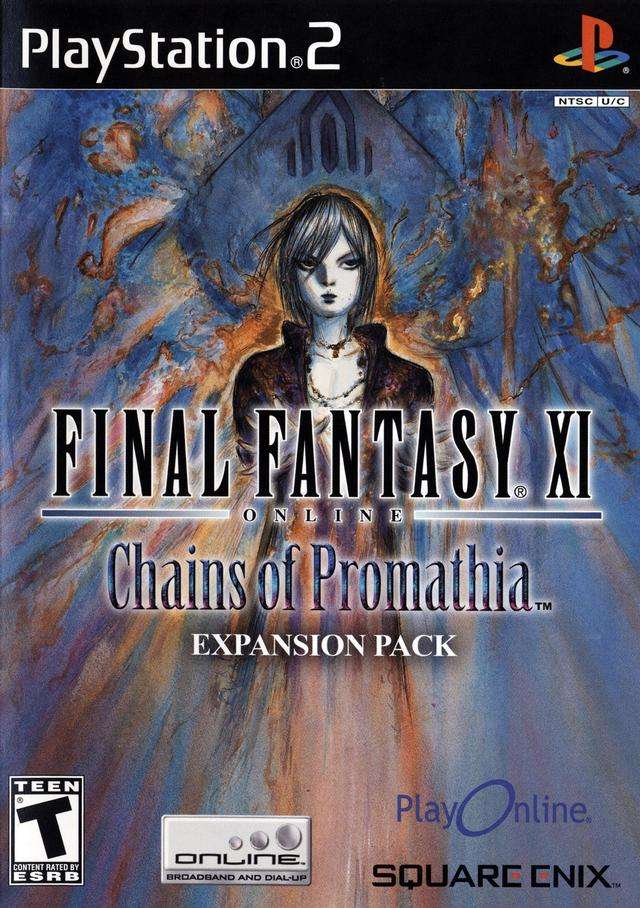 About a year after Final Fantasy XI reached the shores of the USA, the Chains of Promathia expansion pack was released. In between the time that I first played the game and CoP became available, my personal life had undergone quite a few changes. I changed careers, bought a house, and had a child. But by this time, things were starting to settle down. CoP was released in September 2004, and after several months of seeing the box on the shelf at my local store, I decided to purchase it and see what the world of FFXI was like these days. This second experience with the game is when I became a full blown FFXI Junkie.

Chains of Promathia is an Expansion Pack in the most literal sense of the phrase. This package did exactly that, it expanded upon the original game without making too many core changes. CoP, as it is often called, added new areas and an epic-scale storyline that wove tightly in with that from Rise of the Zilart. In fact, the two expansions actually tie into each other at the very end.

The storyline in this expansion plays heavily off the fictional religious lore in FFXI, and takes players to a weird alien-like plane called Promyvion. It is also in this expansion that players finally get to visit areas of the game only previously seen in the opening cutscene. The amount of content in CoP was unlike anything else at the time. MMO games simply did not contain storyline content of this caliber. Upon the addition of all of the Promathia content, Final Fantasy XI had become legendary with online gamers. 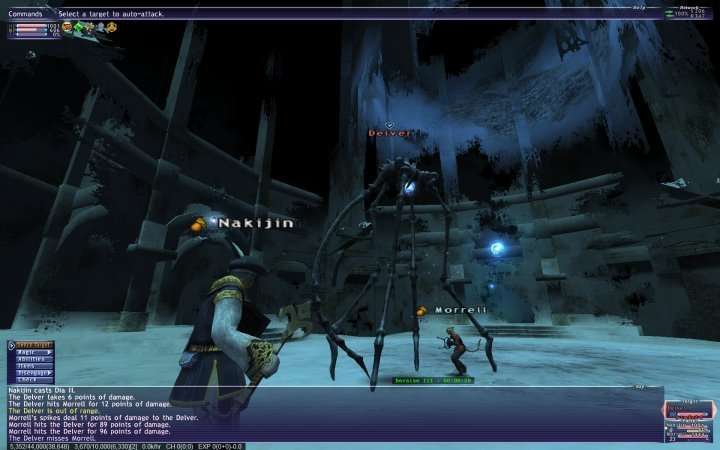 The content added in Chains of Promathia was infamous for being expert-only level content. This missions and battles added with this scenario were brutal and required a group of players to be at the top of their game. These days, many changes to the game have made completing Chains of Promathia much easier. But in it’s prime, CoP was the reason that Final Fantasy XI was often hailed as the most hardcore MMO on the market.

In a way, you can look at Chains of Promathia as the “optional dungeon” from any given Final Fantasy title. Most FF games contain optional areas and bosses that are more challenging than the rest of the game. A good example of this is the CoP battle with a monster called Absolute Virtue. This monster was notoriously difficult to defeat. In fact, many players believed that the boss was added to the game as a unbeatable challenge. Battles against AV required an alliance of players, and it was not unheard of for teams to battle this monster for upwards of 10+ hours, often sharing accounts and taking shifts in combat. The first few times the monster was defeated, it was discovered that players had exploited the game in one way or another. Then, some rather ingenious players managed to legitimately defeat the monster by thinking outside of the box – ( for those in the know: using an alliance of Dark Knights all wielding a special weapon that enabled them to hit eight times per turn). Since SE apparently had a specific strategy in mind when designing this monster, they applied a fix to nix this Dark Knight zerg, and would continue to do so for most kill-strats that popped up.

Eventually, the hype behind this monster became so great that Square Enix had to address it publicly. In one instance, a group of players flailed away at the monster for over eighteen hours, some of the them becoming physically ill during the marathon session. When pressed for an response, SE explained that players had simply not discovered the secret to defeating the monster. To resolve this, they released a hint video on YouTube and placed a 2 hour time-limit on the fight. They also slightly lowered the difficulty of the encounter. Despite this, victory against Absolute Virtue was still hailed as one of the greatest achievements in MMO gaming for several years to come.  – These days, the battle is much much easier thanks to an increased level cap and several other changes to the overall game design. For the record: To this day, I personally, have never defeated this monster. 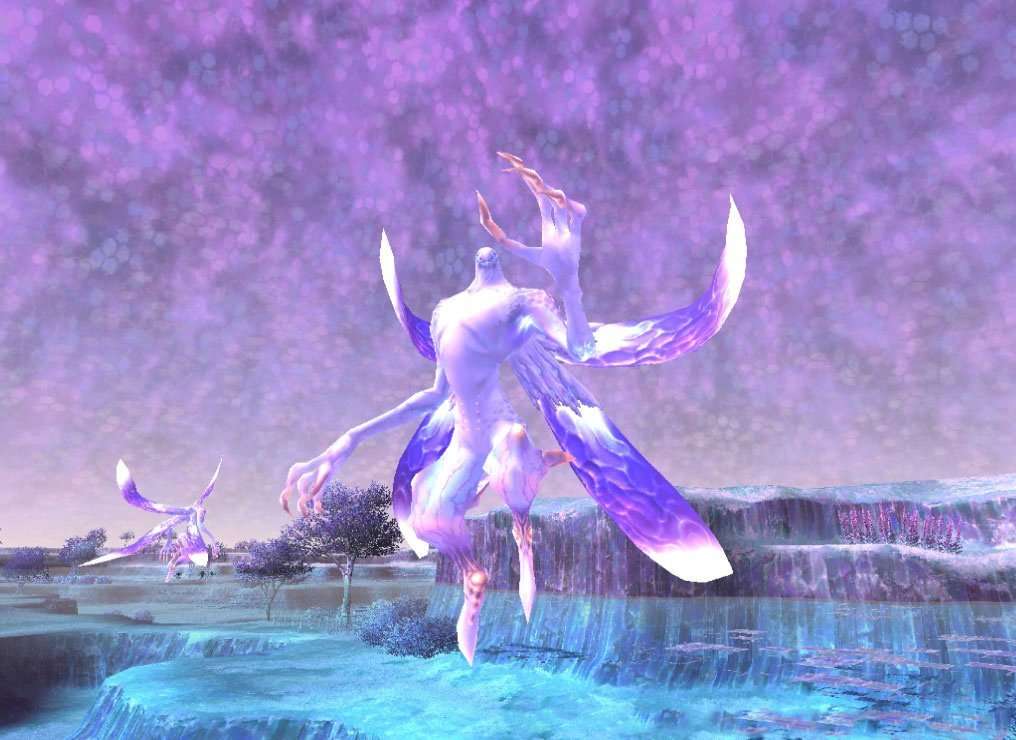 As I mentioned at the beginning, it was during this time in the game’s history that Final Fantasy XI changed to from simply being a video game that I enjoyed to an actual full-time hobby. I would play this game for an average of two to three hours a night, usually four to five days a week. While that may seem vigorous to many,  this schedule still left me in the category of the casual player. The “elite” playerbase would often play for 8+ hours a day, seven days a week. Their lives would be scheduled around the game, and not the other way around. I enjoy Final Fantasy and I can totally understand having a minor obsession with a game. Heck, I loved FFXI so much that I would listen to the game soundtrack or podcasts dedicated to discussing the game, while I worked at my job. But, I would never allow a game to take over my life like some people. I had often heard about people becoming addicted to MMOs, and I saw it firsthand with FFXI. On top of that, many of these elitest players carry very negative attitudes. To them, if you’re not on their level, you are worthless. On more than one occasion, I was excluded from participating in certain events because I was a “filthy casual”. Sadly, elitist attitudes tend to thrive in online environments. MMO games are no exception.

On the other side of the coin, I met people in Final Fantasy XI that were truly amazing. Teaming up to conquer the content in Chains of Promathia formed bonds with people I had never met in person, but yet still communicate with today in some form or another. I owed my progress in Chains of Promathia to the many friends that made during those months after picking up that box and re-installing the game on my PC. After experiencing the content CoP had to throw at us, we were all looking forward to exploring the future of the game together. 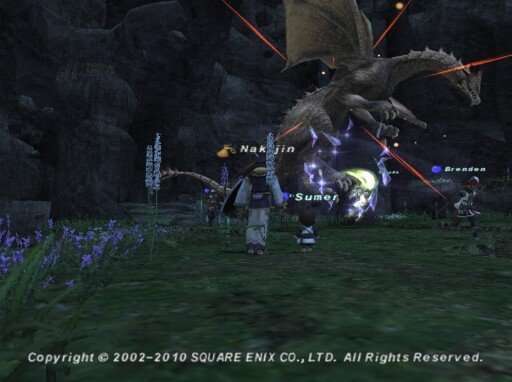