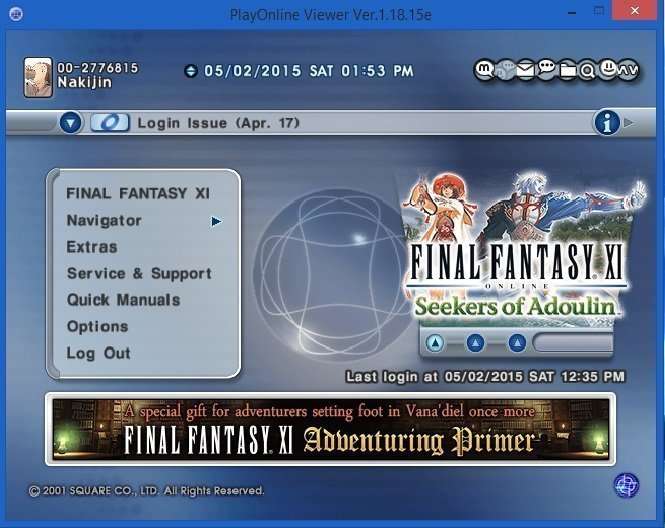 Before I start talking about the game that is Final Fantasy XI, I want to first talk a bit about the software behind it. Final Fantasy XI is an online game. Unlike all of the previous entries in the series, it requires an active internet connection. The game client resides on your computer or console, but interacts with a remote server that “Serves up” the action and events in the game itself. FFXI was released in 2002, during what some still consider to be the early days of mainstream internet usage. During this time, Squaresoft launched an online portal of sorts called PlayOnline. This was intended to be both a website and a suite of online solutions for their future games. For the most part, this initiative was a flop. The PlayOnline service never really took off as intended. Today, it exists only because it serves as a launchpad for Final Fantasy XI itself.

To play Final Fantasy XI, you must also install a software based launcher called the PlayOnline Viewer. The viewer not only serves as a portal to the game itself but also hosts a number of other features. The viewer also serves as a friendlist, email client, and chatroom. Alerts about the game, patch notes, and links to helpful information are also presented in the viewer. In the early days, aside from Final Fantasy XI, you can also launch a special online version of Tetra Master from the POL Viewer (the card game from Final Fantasy IX). However, now in the US, this service has been discontinued. 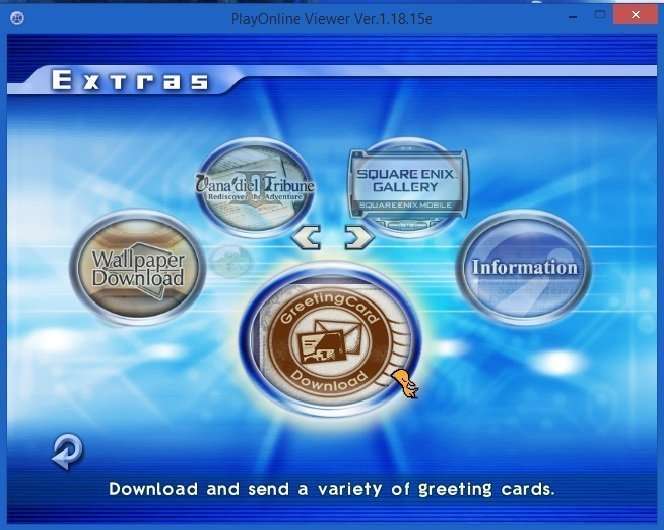 As I mentioned before, these days the POL Viewer really only serves as a launcher to Final Fantasy XI, but you can tell that at one time, Square really had some big plans for the service. You can customize the background music, send greeting cards, download wallpaper and even read a game-based newsletter all through the viewer. Sadly, this newsletter hasn’t been updated in years. But I always looked forward to reading the lore and little stories included in it. Also worth mentioning; at one time was even an optional pay-based service that expanded the abilities of the friends list to allow for access away from the game itself. But this functionality has also since been dropped.

It may seem odd to make a whole post discussing something as mundane as a game launcher, but for a dedicated fan of Final Fantasy XI, the POL Viewer became sort of a ritual. You had to start it to play the game, and every time you loaded it up you were treated to a familiar musical jingle that reminded your brain; “It is Final Fantasy XI Time!” Yes… the navigation menus were annoying. Yes, the screens are slow to load. And yes, I’ve read the message reminding me not to “abandon my friends, my family, and my work” a thousand times. But, there’s something about the whole thing that is warm and familiar. 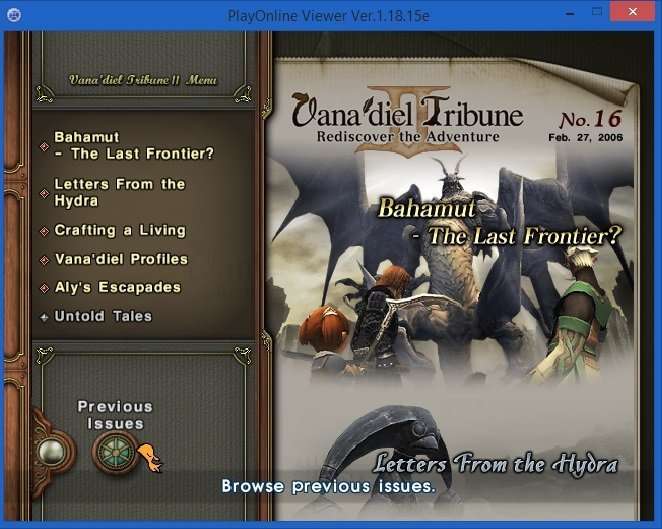