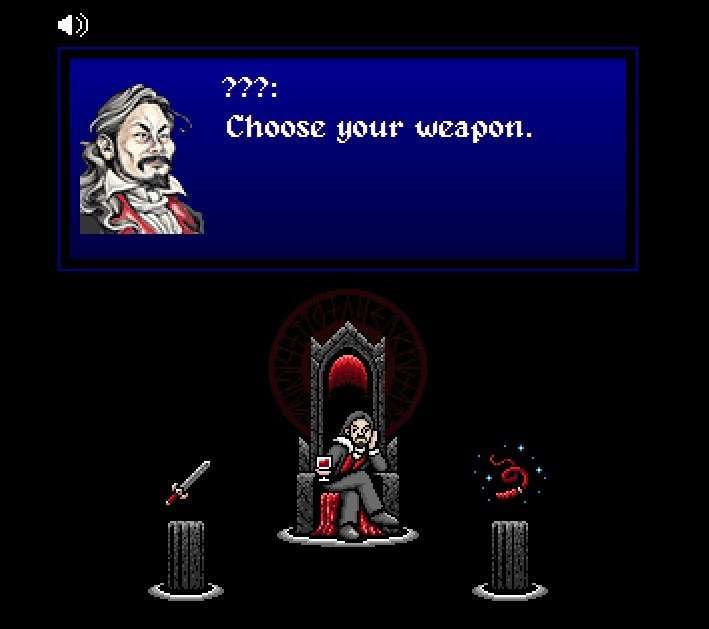 The site mysteriously appeared online in recent days featuring a retro look and feel and is dropping all sorts of hints that IGA might be in the process of making a spiritual successor to the retro Castlevania games that we know and love. So far the site only asks that you repeatedly vote for either a Sword or a Whip. As you click one or the other you are treated to random statements and clues. Eventually, you will be assigned a “clan” and prompted to share your affiliation via Facebook or Twitter. So it seems that we are in midst of a social media campaign. Fans of the “metroidvania” style games may have something to look forward to in the near future.