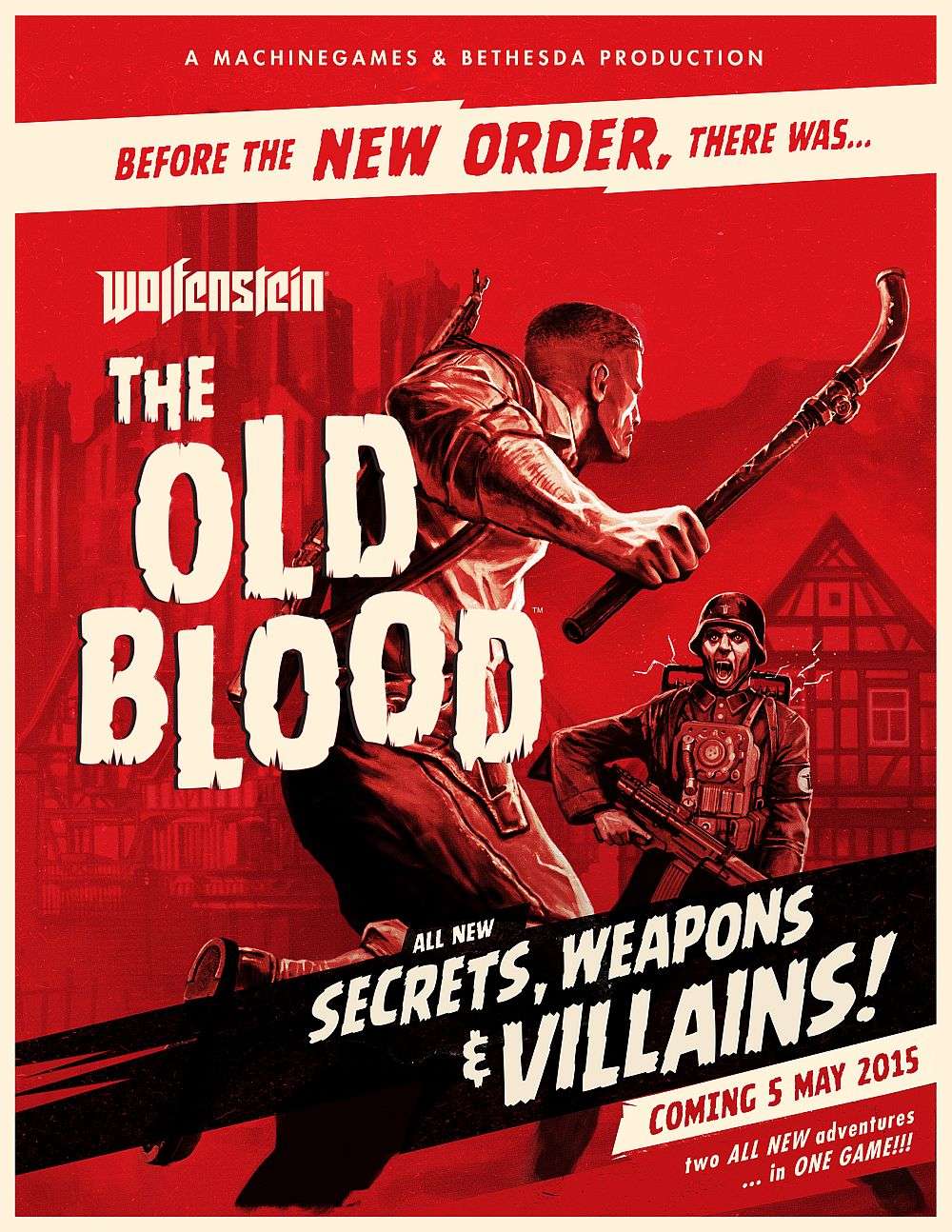 Deviating from my Final Fantasy playthrough for a moment, I wanted to share my review of the newest Wolfenstein title: The Old Blood. This game is a direct prequel to The New Order; using the same engine and overall game elements. But it focuses on the events leading up to the beginning of the New Order.

For older fans of the series, the release of this game muddles up the timeline a bit more than New Order did. In fact, I’m now even more certain that Old Blood/New Order exist in a different continuity than RtCW and Wolf2009. The events of this game actually seem to overlap with the some of the events in those games. Still, some stalwarts claim they are all part of the same story. Despite my best efforts to figure out the continuity, I was unable to find a definitive answer. So we have a bit of a mess when it comes to the Wolfenstein timeline now. Regardless, The Old Blood is a great game. 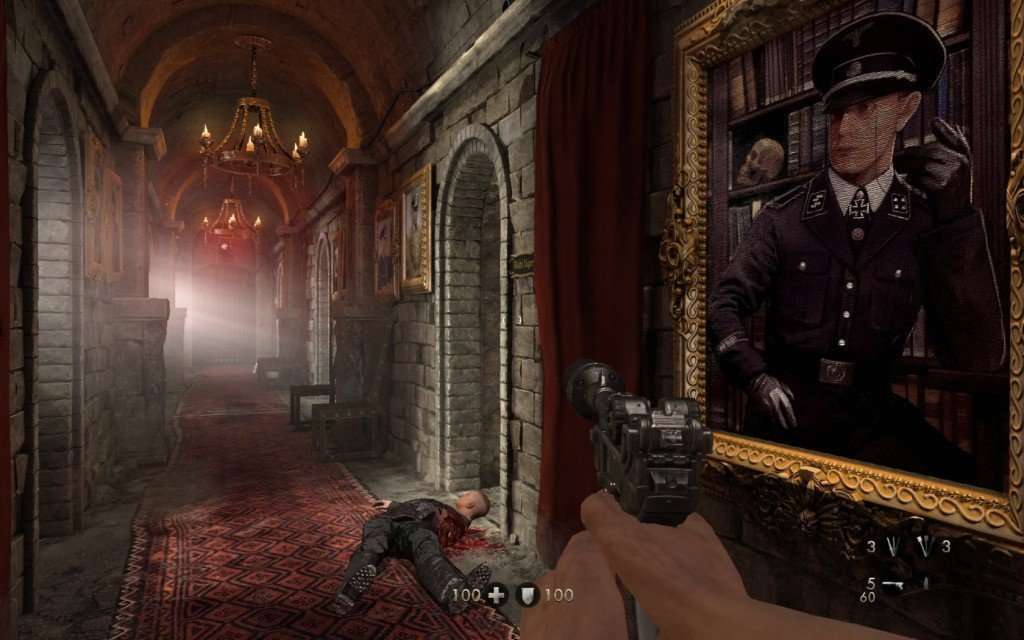 In a lot of ways, this game feels like DLC for New Order. The game is fairly short, only eight levels. But they are long levels. Plus, just like New Order, the game comes with a number of hidden areas and collectibles. Each real level also has a secret hidden level – done up in retro Wolf3d graphics. So it’s almost like two games in one. A new addition to this game are Challenge Maps. As you play through Old Blood you will unlock special challenges. These are a bit like timed battlefields. The goal here is to beat your best ranking, etc. I tinkered with these, but these sort of challenges are not really my cup of tea. 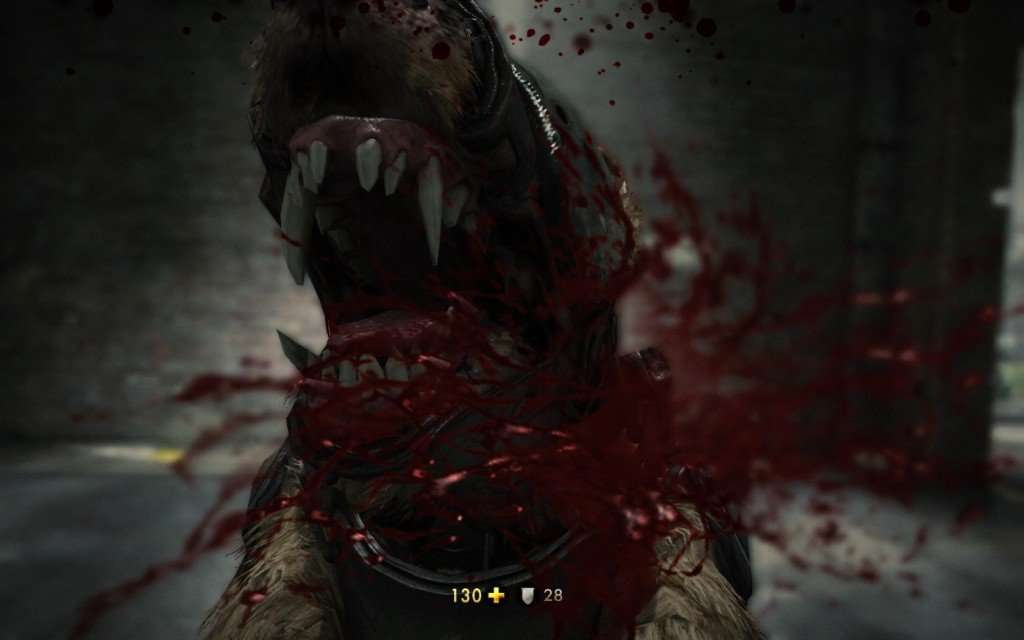 Just like the previous entry in the series, this game is single player only. The graphics are top notch, but a little intensive. Again, the storytelling and voice acting are superb. The New Order featured a dystopian Nazi-ruled scenario. This game, being a prequel takes place during the brunt of WWII. The first game is a pretty realistic WWII adventure. But then out of nowhere the game takes a quick sci-fi turn. Without spoiling too much, I will reveal that fans of zombies will not be disappointed.

All in all, The Old Blood is a fun little romp in the FPS genre. It’s a bit short, but then again the price is a mere $20. So you get your money’s worth. Plus, this time around, you get to whack things with a pipe. What else is there to say? 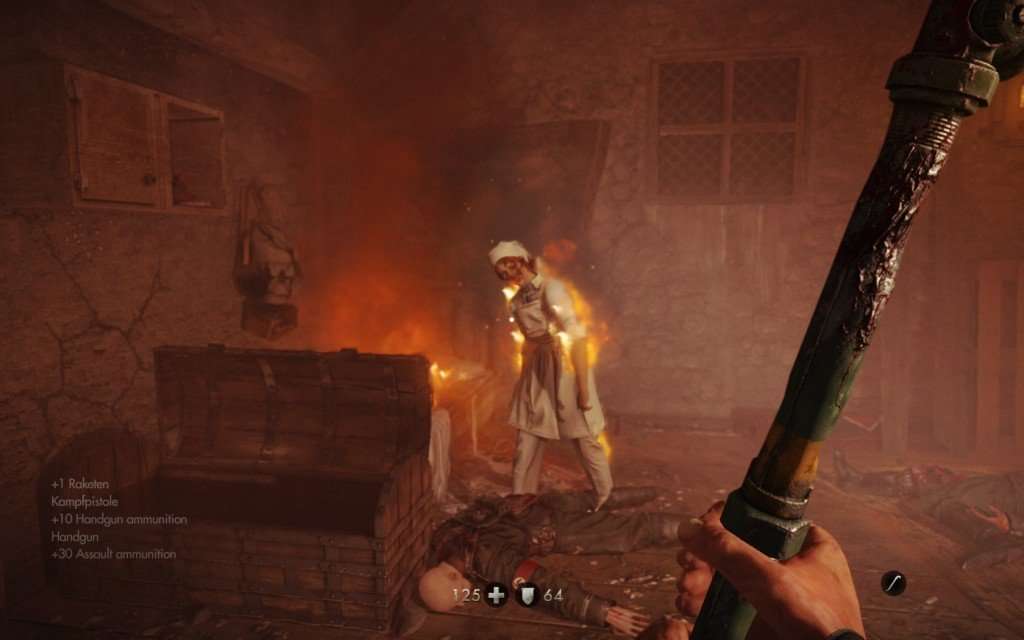 Difficulty: Variable–  There are multiple difficulty levels available to choose from. From my testing, these seem to be very well done and appropriate. I played the game on the default setting and the hardest. I found these to be appropriately balanced.

Story: Being a prequel to The New Order, we get to see things from BJ’s perspective during the war. The game starts with an infiltration mission that naturally goes wrong. We get to experience the thrill of escaping from Castle Wolfenstein (again), and even exploring some crypts that may look familiar to veteran fans of the series.

Originality: Not much is new here in terms of gameplay, to be honest. But that doesn’t really detract from the fun of the title.

Soundtrack: The game soundtrack is appropriate and fitting. The music seems to be adaptive and ramps up at the appropriate time, but nothing except for the end credits theme really stands out.

Fun: Personally, I enjoyed this game. It’s short and sweet, but worth the price.

Graphics: This game looks excellent even with a game engine that’s starting to show it’s age. Most graphics/performance issues have already been addressed with a patch. I played the game on a pretty high setting, (but mot max) and encountered no real performance issues on the four year old graphics card.

Playcontrol: The default PC controls are pretty standard. There’s a few combo moves, for sliding and running that seemed a bit difficult for me to master at first, and this cost me more than one death in the game. It kind of felt like my fingers were on a twister mat. But other than that, no real complaint. Plus, all the keys can be reassigned. Same issues I had with New Order.

Value:  New for $20 is a pretty good price in my opinion. Many people have criticized the game for being sold as an individual title instead of being marketed as DLC for New Order. But I do not really have an issue with this. We have a full game here at a discounted price.

Overall score (1-100): 80 – When I saw the announcement for this game, I was surprised. It has only been a year since New Order was released and this one seemed to come out of the blue. The game itself is great, but a little short. It’s certainly worth the purchase but it’s not as ground breaking as its predecessor.