A while back, I wrote a post about my on again-off again affair with comic books. As a kid, I read Marvel comics almost exclusively. It wasn’t until just a few years ago, with DC’s recent reboot that I found myself sucked back into the world of comic collecting. These days, it seems like everywhere you turn there’s comic heroes. Being a nerd has become fashionable, it seems. It may seem somewhat amusing to old grognards like me, but the fact that nerd-culture has become mainstream is actually a great thing for us. The floodgates on the nerd market have been opened, and getting our hands on hard to find items has become a bit easier.

After realizing that I still enjoyed comics books as an adult, I decided to revisit my roots a bit and catch up on some Marvel. But I have a problem you see. I tend to be the type of person who, when interested in a certain brand or subject, likes to collect EVERYTHING no matter how trivial. Maybe I’m a bit OCD, who knows. But the fact is, this is just impossible. There’s no way I could ever acquire and read every issue of The Amazing Spider Man, for example. But I did discover a nice alternative. Ultimate Marvel.

Launched in the year 2000, Ultimate Comics is an imprint of Marvel. It is an “alternate” Marvel universe that re-establishes the story of all of our favorite heroes in the modern times. Meaning, in the Ultimate Universe, Peter Parker gains his spider-powers in the year 2000 instead of the 1960’s. It seemed like a great entry point my re-introduction to the world of Marvel Comics.  I’ve spent the last year reading the ENTIRE Ultimate Marvel line up through the Cataclysm event of 2014. At which point, Ultimate Marvel and the regular Marvel Comics universe begin to merge. For me, this was a nice way to segue into the mainstream Marvel universe. Having read these comics, I wanted to make a brief post and share my thoughts on this imprint. 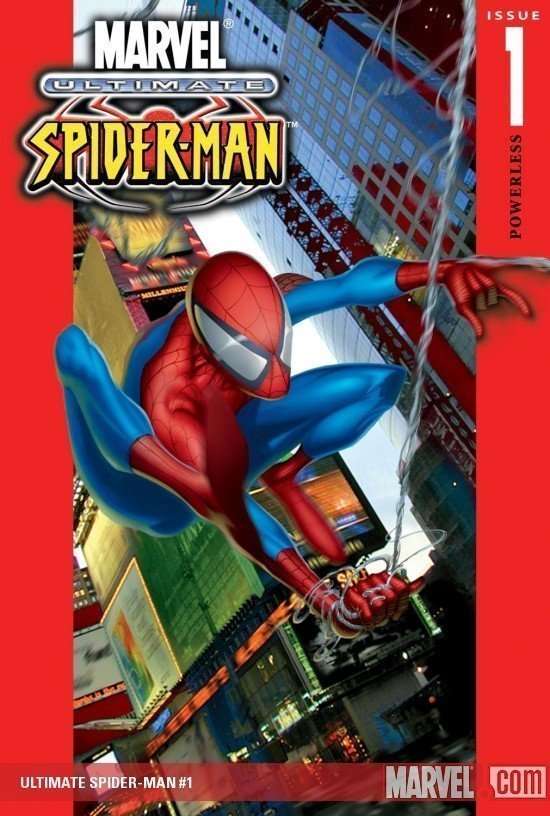 The line was launched with Spider Man, X-Men, Ultimates (Avengers), and Fantastic Four to very strong start. The stories were fresh, but still largely true to the original Marvel universe. What was changed, was done to keep things interesting and didn’t feel forced. Over time, other familiar characters were introduced and all remained well. I was really enjoying the Ultimate line.

Then, around the 9th year in Ultimate Comic’s publication history, there was a large-scale cross over event called Ultimatum.  This is where things got weird. During this event several popular heroes and main characters were killed. The storyline took a large turn for the worst in most of the books. X-Men was especially brought to a low-point as a result. I soon found that post-Ultimatum, the only comic that I really enjoyed reading was still Spider Man. But I pressed on.

To me, it really seemed that the team in charge of Ultimate Marvel began taking huge risks with their storytelling just for the sake of being shocking and unpredictable. In what was certainly a controversial move, the character of Peter Parker was killed off. Of course, a new replacement for Spider Man appeared in the character of Mile Morales, who is actually quite a wonderful character in his own right, but still – people love Peter Parker.

Eventually the line was effectively brought to end following a special event called Cataclysm. After this event only Miles Morales as Ultimate Spiderman remained the surviving publication. 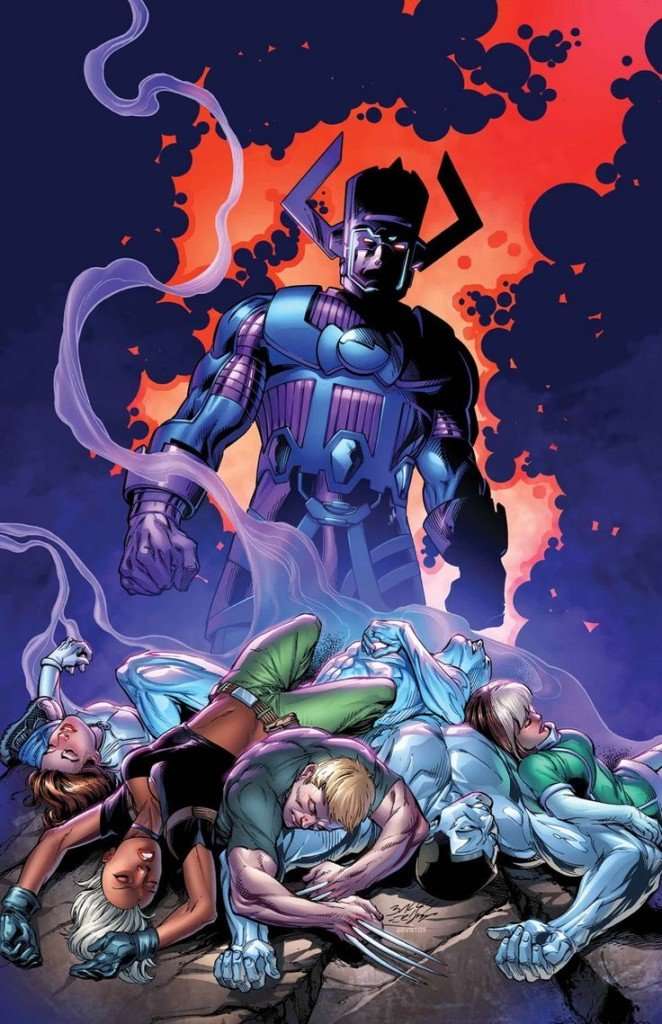 As we speak, there is another Marvel crossover event going on that finally ends the Ultimate line and merges the two universes. This is event is called Secret Wars. I have switched gears for the time being so I’m not quite ready to dive in the new ongoing Marvel series, but I’m sure in time I will. Despite my disappointment in how Ultimate Marvel ended up, I did enjoy the series as a whole. Spider Man of course, remained the best book in the series for me. Reading these books really took me back to my youth. As a result, I’ve managed to acquire another collection from a Marvel imprint that I loved as a teenager: Marvel 2099. I’m going to spend some time revisiting these stories and I’ll be sure to share my thoughts as I look back on these as well. So if you’re like me, and you’re looking for a way to get back into reading Marvel, but you’re not sure where to start, or you’re largely unfamiliar with all of the characters; Ultimate Marvel may be a good launching point. It just depends on what you’re looking for. Either way, the bulk of these stories are available in trade paperbacks for a pretty affordable cost.