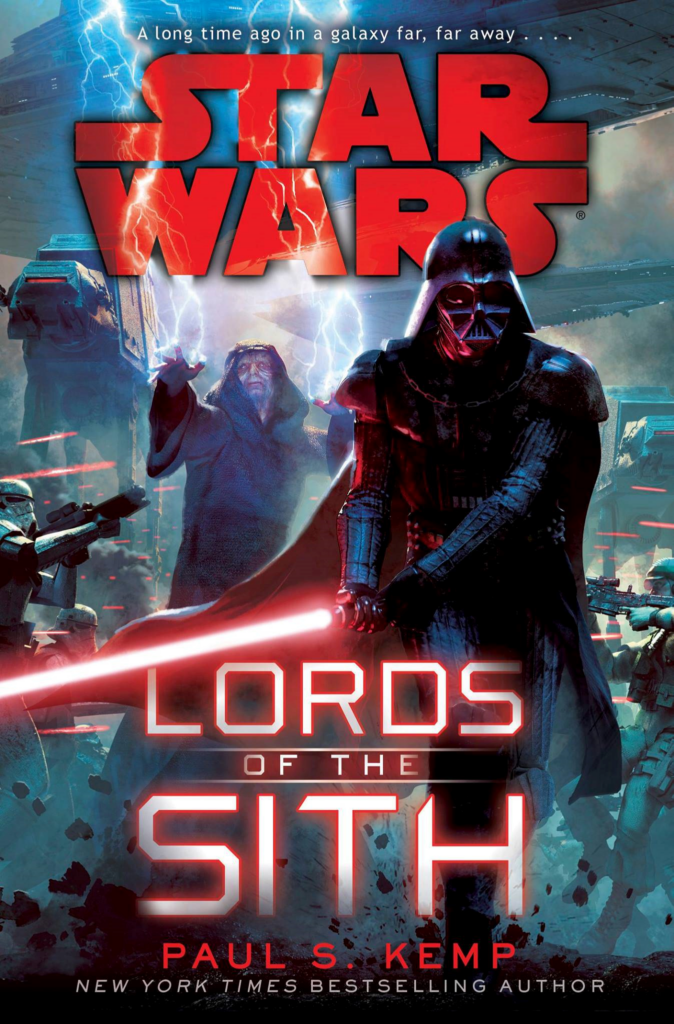 With all the Star Wars printed media flooding the market currently, I’ve found myself slow to consume all of it. But finally, I have finish this latest novel in the new Star Wars universe and I’m happy to share my thoughts on Lords of the Sith by Paul S. Kemp.

This novel takes place shortly after the events in Episode III, but before the events in the Star Wars Rebels television series. It focuses mostly on a small rebel cell on the planet of Ryloth. This group is led by Cham Syndulla, a character from The Clone Wars television series (and father of Hera from Rebels) as he leads a small guerrilla effort against the Imperial forces that occupy his planet. Through an interesting twist of events, he learns that his planet is scheduled to be visited by none other than Emperor Palpatine and Darth Vader themselves. As a result, he conceives a plan to strike at the very head of the Empire.

In many ways, this book helps to bridge together several parts of Star Wars lore. It helps lay the groundwork the Rebels TV show while linking characters from that show to characters from The Clone Wars. It also touches on the characters of Darth Vader and Palpatine in a post-prequel trilogy timeframe but with strong references to Anakin’s past. Again, the author does a good job of trying to bring both trilogies in one cohesive story without overdoing it. Seeing the Emperor and Vader together in a potentially dangerous situation, working as a team is quite interesting. But I would have liked to have seen more of this. The relationship between Vader and his master is explored in depth in this book and to me, was probably the most interesting part of the novel.

As far as the story goes, the book starts off a little on the slow side. We spend several chapters getting to know the Twi’leks of Ryloth and their backstory, then we are introduced to a few new Imperial characters. Eventually, the pace picks up when Vader and Palpatine enter the tale and the action doesn’t stop. Overall, I was very pleased with this book and what it contributes to the Star Wars canon. I can easily recommend this one.

Story: Very good insight on both the early days to the Rebellion as well as the relationship between our two favorite Sith Lords.