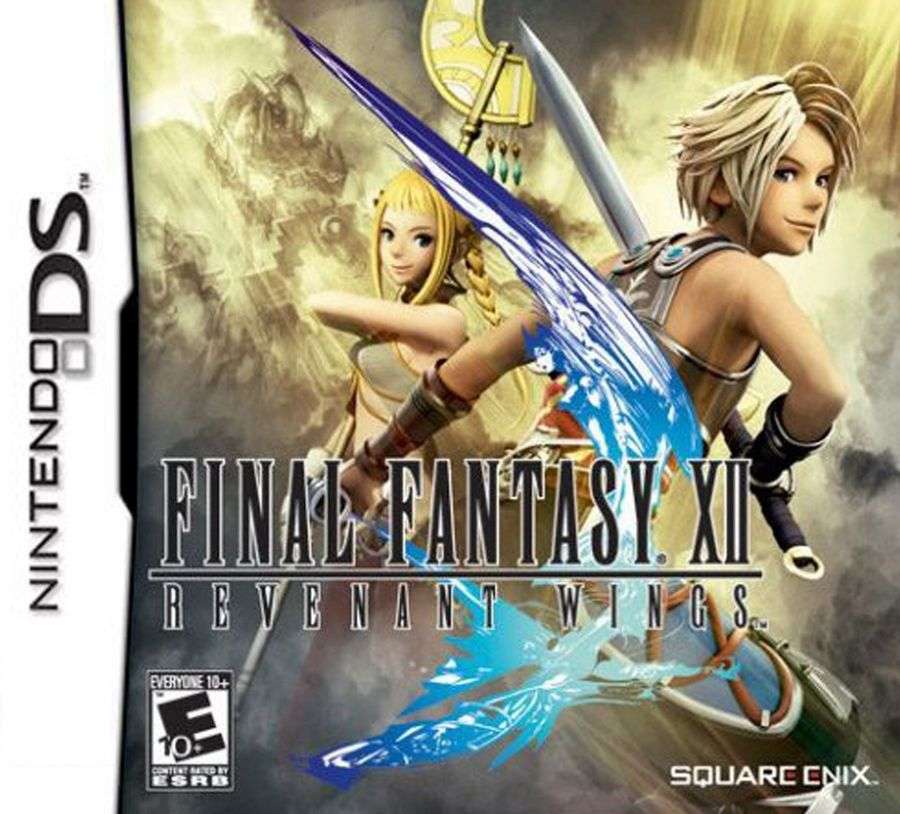 Bouncing right back from my playthrough of Final Fantasy XII, I dove right into the sequel: Final Fantasy XII – Revenant Wings. This is a very unique title in the Final Fantasy series for a number of reasons. First,at the time of release, this game was only the second title in the series to be a sequel to a previous Final Fantasy game. Second, when compared to its predecessor it’s a radically different game. This title was released on the Nintendo DS system only. As a result, it plays very differently than standard games. The game takes full advantage of the two screen experience and while some DS games do not really require playing with a stylus, this game does seem to function much better with one.

Revenant Wings takes place where FFXII left off. Vaan has acquired his own ship and has become somewhat of a sky pirate. The game begins as Vaan finds his airship has been reclaimed by its previous owner, Balthier. Following instructions left for him, Vaan and Penelo meet up with Bathier to hunt for a bit of a treasure. This is followed by a series of events that ultimately lead Vaan and several of his friends, both of old and new, into another epic adventure. 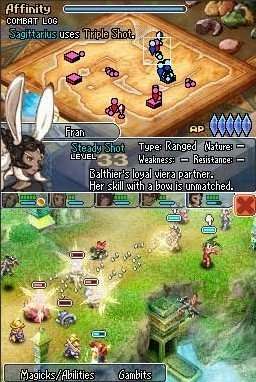 This game is a very strange mix of RTS elements and overhead dungeon crawling. The game itself is divided into chapters, each containing a number of missions. These are very short and the game can be saved after each mission. Typically, each mission will have a particular goal. Once this is accomplished the mission ends. Gameplay consists of mainly walking and combat. Characters you control tend to specialize in certain forms of combat. Be it melee, magic, or ranged attacks. The key is knowing which character to use against certain types of enemies. That being said, you characters do not have to fight alone. This game focuses very heavily on the ability to summon monsters which in turn, fight side by side with your characters.

The key to the whole game really is knowing which monsters to summon based on the enemy you are encountering. Sometimes other minor strategies come into play as well. For example, its often wise not to venture too far from a summoning portal so in the event that your characters get pinned down, they don’t end up being unable to call for reinforcements. 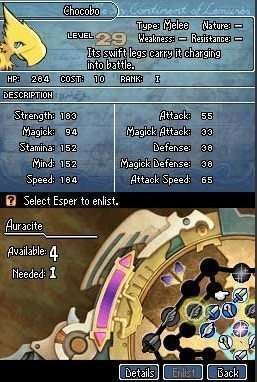 As new summons are unlocked, players have the ability to choose which summons will be available in advance of the next mission. So there is a bit of planning involved as well. This can often make the difference between success and failure.  All in all, this makes for a pretty interesting experience. For me, however, it doesn’t really do much. I’m not a fan of RTS games, and while I wouldn’t call this title a pure RTS, there’s enough of the element present to turn me off. But, that’s just me and my preference.

Despite not really being my cup of tea, it was nice to see Vaan and the other characters from XII make one more appearance. 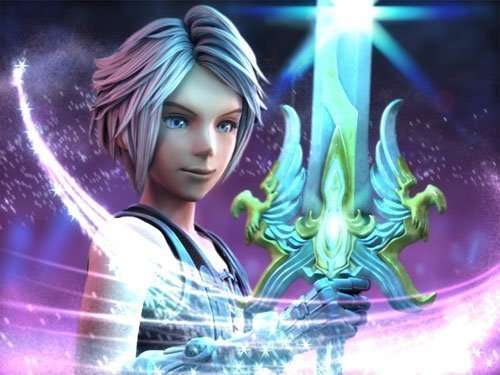 Difficulty: Medium –  Interestingly enough, the US version of this game is actually more difficult than the original Japanese release. If you take your time and really pay attention to the tutorials that pop up at the beginning of the game, you’ll have a much easier time than someone who speeds through all the text. But, overall, I’d say the same tends to be middle of the road in terms of difficulty.

Story: The story in Revenant Wings is pretty good, but is very self contained. There’s bits of lore presented that serve to enrich the overall world of Ivalice, but the game itself does little to expand on the story presented in the original Final Fantasy XII.

Originality: Despite being a sequel, Revenant Wings is a beast all its own. The unique playcontrol brought by the DS as well and the overall difference in gameplay really make this title an experience all its own. High praise to SE for this.

Soundtrack: The music is in this title is mostly a rehash of tunes found in FFXII. What’s amazing is just how good and true to the original they sound considering the vastly different hardware. The music in Final Fantasy XII was CD quality audio, while the majority of music in this game is digitally created. Also, most of the music here is dynamic. It comes and goes depending on the events that are taking place in a game. Pretty neat stuff.

Fun: I’m somewhat infamous in my dislike of RTS games so it would be easy to let that influence by review. But casting that aside, this game still managed to be quite enjoyable for me. For someone that really enjoys that style of game, Revenant Wings offers a lot of enjoyment.

Graphics: Being a DS title, the in-game graphics are about what you’d expect. The overhead view has a sort of 16bit pixel feel to it, but its fitting and well done. The character art has a more anime-style feel to it. Surprisingly, the game also contains some pretty amazing cutscenes that are on par with what you’d expect from a Final Fantasy console game.


Playcontrol: Being a DS title, the playcontrol here is interesting, but not as bad as many games on that platform. For most of the game, the top screen serves as a map. The bottom/touch screen is where the action takes place. Characters are selected by tapping on them, or from a tab at the top of the screen. Actions are menu driven, so a stylus is highly recommended. Overall, it takes a bit of getting used to but once you have the hang of it, it’s a piece of cake.

Value:  This game is out of print and often sells for over $50 on Amazon in new condition. At that price, I find it hard to recommend considering the amount of content in the game. But if you came manage to find this for under $30 or less, you will certainly get your money’s worth.

Overall score (1-100): 70 – Even though I’m not  fan of these types of games, its not hard to see that this is a very well put together title. Fans of Ivalice and FFXII should certainly give this game a look. Players who strictly enjoy RPGs may have a harder time with this title. But that being said, the quality of the game is undeniable.