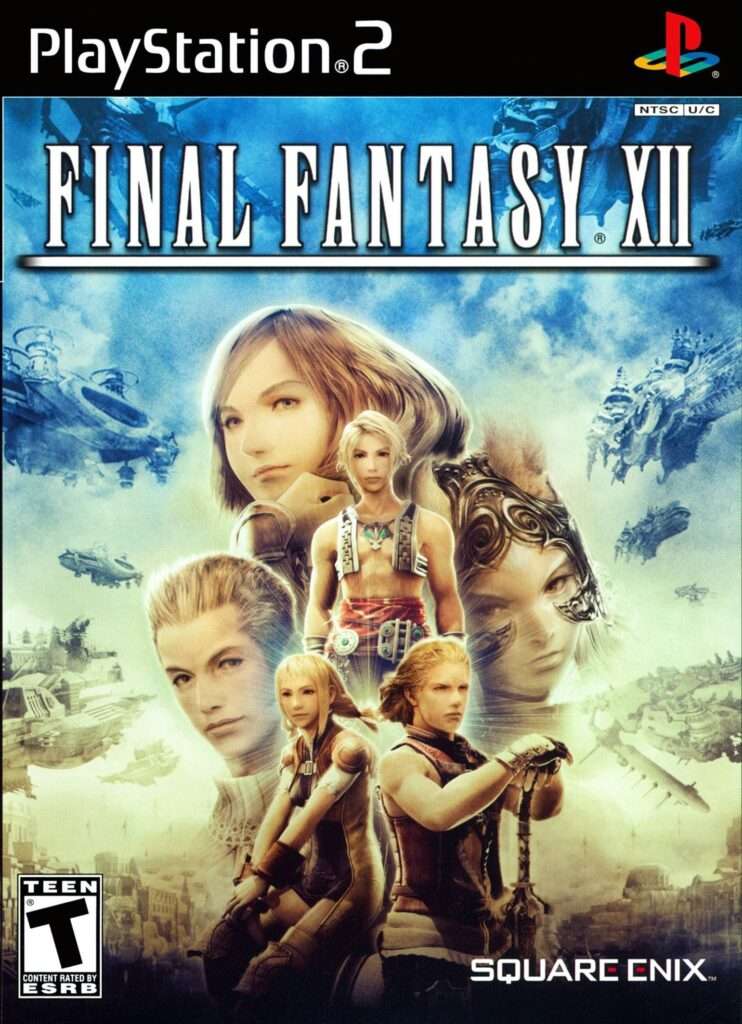 It is with trembling hands that I type this. This game was long and I need nourishment if I expect to live long enough to write this review.  After one hundred and ten hours of gameplay, I have finally finished Final Fantasy XII. This game now holds the record of being the longest single player RPG I have ever experienced. As a result, there’s a lot of talk about.

First, let me start this by stating that Final Fantasy XII is the first game in the series that I did not experience at all when it was originally released in the US. This game came out during a time when I was fully invested in another FF title, the online MMO Final Fantasy XI. I purchased XII, but I never could find the time to play it until now. Sadly, this is game remains one of the more obscure titles for people just getting into the series because it is one of the few games that is not available on any current generation platform. Final Fantasy XII was released on the Playstation 2 only, and to date there has not been a re-release or remaster of any kind. However, there are many rumors indicating that an HD version is in the works. 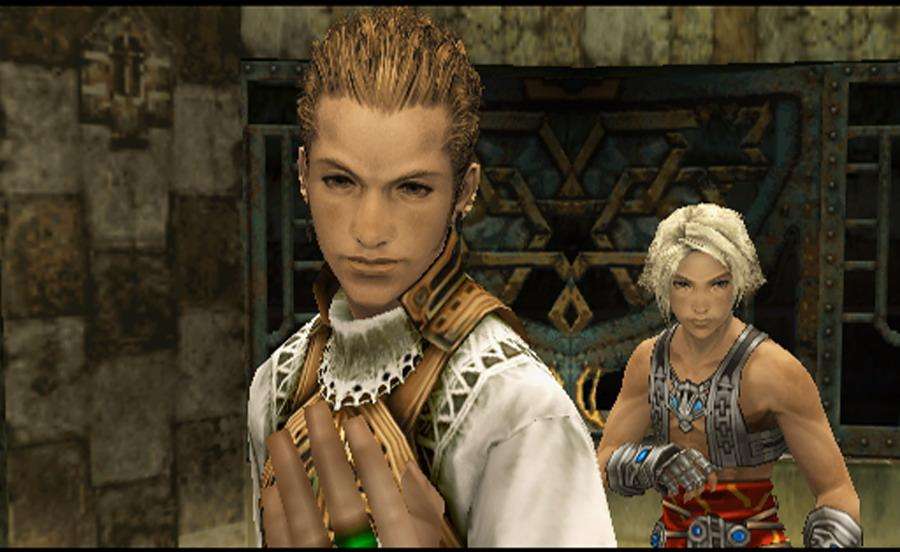 How to describe this game…. the story of Final Fantasy XII reminds a bit of a mix between Game of Thrones and Star Wars. The game is set in the world of Ivalice. A realm shared by a few other spin-off FF games. There’s a very large cast of characters many of which are members of regal “houses”. The lore behind the game is vast, but for sake of this review we will summarize the story like so; The game begins in the desert city of Rabanastre, in the Kingdom of Dalmasca. A kingdom that as recently been occupied by the powerful Empire of Archadia. When the game begins, it focuses on the character of Vaan. A young street urchin simply trying to make his way from one day to the next. Vaan is tasked with a heist that involves taking advantage of city-wide ceremony, to sneak into an Imperial guarded palace and steal a valuable stone. While there, he meets and teams up with a Skypirate named Balthier and his companion, a female rabbit-like humanoid named Fran. Through a series of events, the team meets and takes on new adventurers into their fold, including none-other than the presumed dead Princess of Dalmasca herself. What starts off as an “innocent” break in, eventually turns into an epic quest to overthrow the Empire and help the Princess Ashe reclaim her throne, thus restoring freedom to Dalmasca.

Storywise, this title is just as epic as any other entry in the Final Fantasy series. But to a large part, that’s where many of similarities end.  Now, I don’t mean this in a bad way, but to me this did not really feel like a “Final Fantasy” game. Yes, many of the staples are present. Summons, airships, and a registry full of familiar foes. But I found the gameplay itself to very different from anything in the series so far. First, there are no random encounters. You can see enemies from far away, and as a result avoiding them is an option. Also, the combat system in this game is very different. Yes, I know that each game in the series tends to change things up a bit, but this time we have a radical new thing called the Gambit system. Essentially, you can manually control everyone in your party if you wish, but combat is so fast paced, that’s not really a viable option most of the time. So instead, you control one character, while the others fight using scripted actions that you can define. For example, you can give a character a list of commands ahead of time based on variables; (Use Cure on Party Leader if HP < 50%) – It reminded me of writing computer code. The off-characters will execute command in battle based off the Gambits to you have assigned to them. It’s quite clever, but it takes a lot of getting used to. 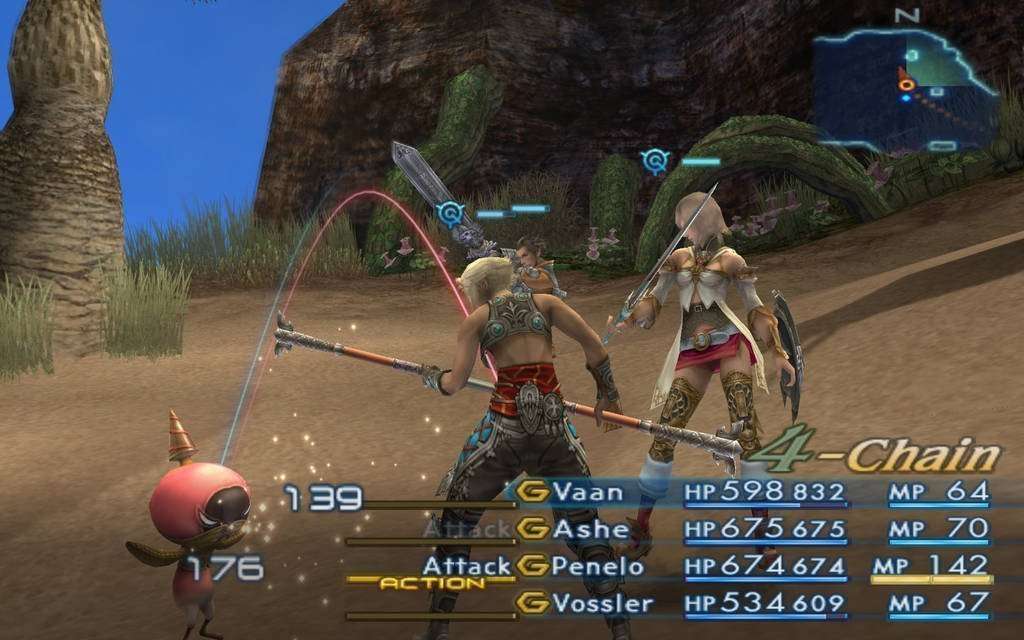 As characters earn experience they level up much like you would expect. Hit points and Magic Points are increased automatically, but characters also earn what are called License Points. These points are used on something called the License Board. This is how you determine what skills and abilities are learned. Points are spent on acquiring abilities or “licenses” to use certain types of weapons and equipment. Its similar to the Sphere Grid system from FFX, but with a unique twist. 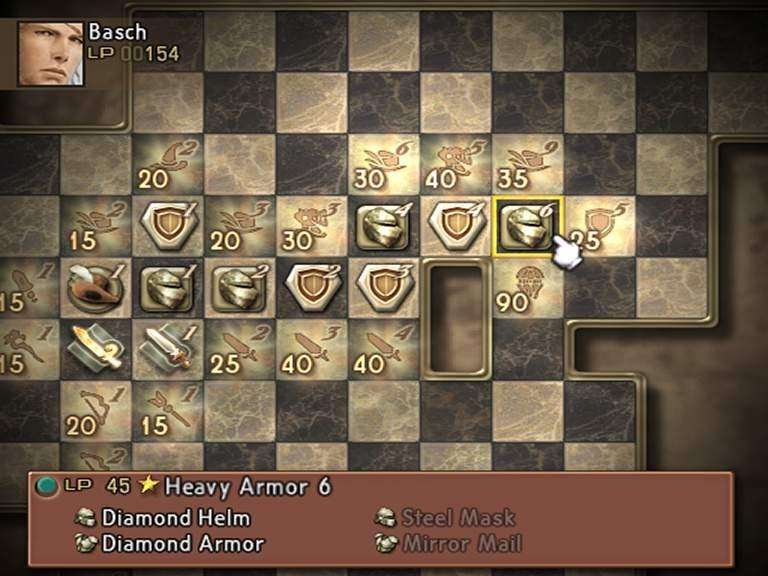 A large part of the game is linear in nature, but there are several times in the game where you have full reign to explore outside of the confines of the game story. Like most Final Fantasy titles are there are countless sidequests and optional fights. Part of what took me so long in completing this title was my habit of trying to see and do everything possible. During my gameplay I unlocked all thirteen Espers, completed all of the hunts, etc. It was grueling work, but by the time I was finished with all of the that, the final challenges in the game itself were a piece of cake.

I should note that in the US, we only have access to the original version of Final Fantasy XII, but in Japan is a special “International Zodiac Version” that comes with tweaks to the License system as well as improved combat mechanics and even a New Game + option. I should go on record now and state that I fully expect a new North American remaster version of this game within the next two years. Naturally, I would expect all of the Zodiac options to be available in the remaster. Let’s see if I’m right with this prediction.

All in all, Final Fantasy XII is an excellent, albeit very different game. It’s certainly worthy of the Final Fantasy name, even if it didn’t really feel like a Final Fantasy title (at least to me). It’s not my favorite by a stretch, but I recommend it to anyone that loves RPGS. 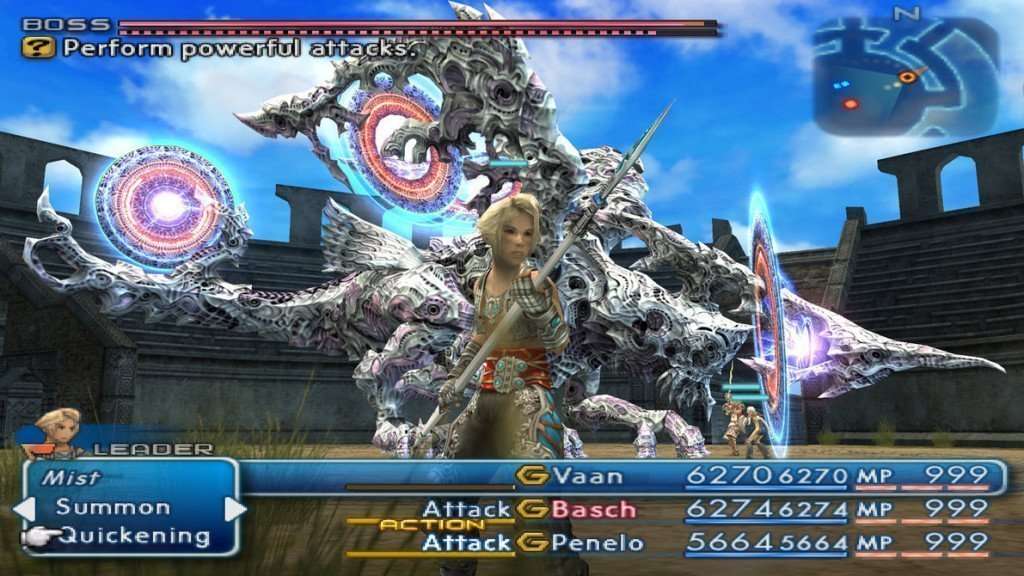 Difficulty: Hard –  To me, this game was one of the more difficult games in the series so far. I found this to be not so much due to the challenge of the encounters, but moreso due to the absolute need to be able to master the Gambit system as well as due to some of the difficult in-game puzzles. You certainly are left with a feeling of accomplishment when this one is over.

Story: Final Fantasy XII features a rich and detailed story. Players who can’t get enough of Ivalice only need to look to Final Fantasy Tactics for even more background into this world. There’s so many characters in the game, that keeping track of them can actually be a little confusing at the beginning.

Originality: Somehow SE always manages to keep the franchise feeling fresh. In many ways, this game reminded me a bit of Final Fantasy XI in terms of overall look and feel. It’s like an odd mix of both classic RPG elements with the randomness of an MMO. It was certainly unlike any other RPG I had ever played.

Soundtrack: This is where I have to be a little rough. The quality of the music in the game is superb. CD, redbook quality audio, but overall the composition of the music itself seemed a bit uninspired to me. Of course there are exceptions. The classic Prelude and Final Fantasy theme sound wonderful in this game. As does the music for Rabanastre. But much of the environmental music and boss themes just didn’t really strike a chord with me as they usually do in these games. That being said, I found the voice acting to be amazing.

Fun: I’ll be honest and admit that is by far not on top of my list of favorite FF games. When I first started playing, I was hooked and having a great time. But about halfway through, I found myself trudging through the game. For me, the enjoyment didn’t really pick up again until the very end of the title.

Graphics: At the time of release, this game was top of the line. These days, the graphics power of the PS2 really shows its age. I played this title on a first-gen PS3 and even at full screen with smoothing enabled, the game looked a little rough. I’m not knocking this game at all, it’s beautiful. The animations and environments are stunning, but it’s past time for a modern remake.


Playcontrol: I encountered no issues with the playcontrol of the game itself. The camera is manually controlled and precise, combat is either automated or menu driven.

Value:  Even at full price, players would have got their money’s worth. These days, the game can often be found used and is very inexpensive. Most of the cost would be incurred trying to get your hands on a system that can actually play the title.

Overall score (1-100): 75– Yes, I gave this game a 75. That does not mean it’s a bad game at all. It’s not, it’s a WONDERFUL game, but as far as these types of games go, Final Fantasy XII was definitely middle of the road for me. Not terrible, but not amazing either. Fans of the series should certainly give it a go, as should anyone who loves RPGS. People new the genre might do good to stay away. This game is no for RPG rookies due to its complexity, and if we’re being honest, some parts of it just drag on.