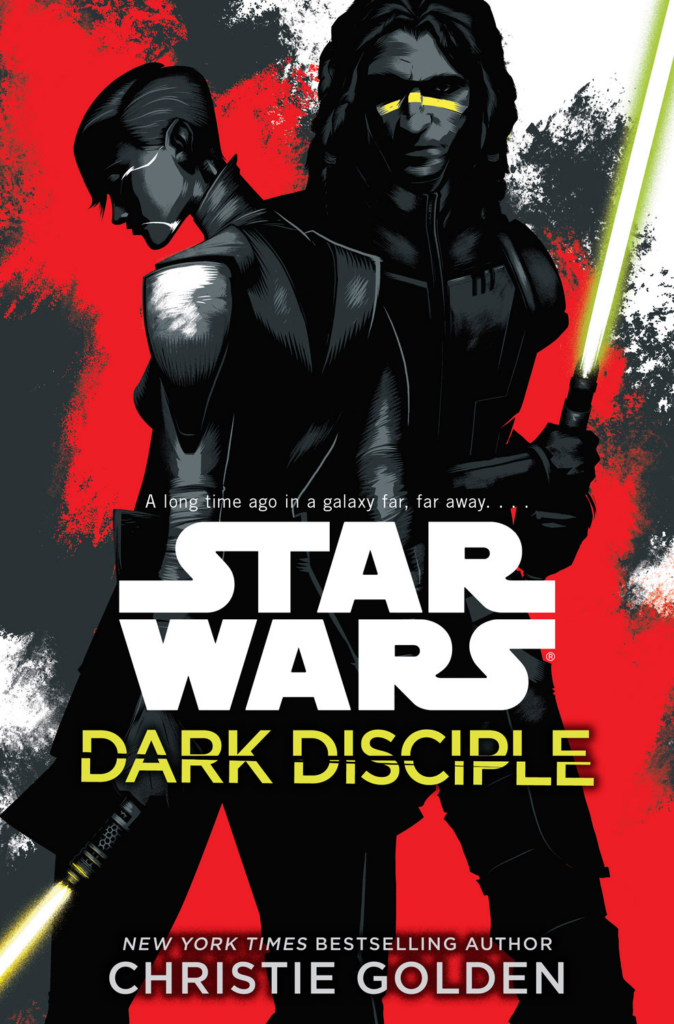 September is nearly upon us and with it comes a torrent of new Star Wars novels. In fact, in many ways, September will herald the beginning of the official Star Wars Episode VII hype. The new novels will bear the tagline: Journey to the Force Awakens, as will a slew of new comic books. So, in preparation for the upcoming flood I have finally caught up with the latest novel in the official Star Wars canon: Dark Disciple.

Here we have a Clone Wars-era novel. In fact, the story contained in this book was based on an arc written, but never aired for the final season of the Clone Wars television show. The book focuses on character Quinlan Vos, a Jedi Master who teams up with the unlikely ally of Asajj Ventress. For those unaware, Ventress was a former sith apprentice of Count Dooku who ended up turning on her master and going rogue. In this book, the Jedi order have decided to take the rather unorthodox step of assassinating Dooku in attempts to end the war. To do so, they send Vos undercover to seek out and befriend Ventress in attempt to take out her former master.

I must say, when it comes to Star Wars, I was never very passionate of the Clone Wars television series. It certainly had its moments, but overall I felt it never really stood up well against the films themselves. As a result, I was not expecting much when I started reading this book. I’m happy to report, that I was dead wrong. I loved this book. In fact, I daresay that Dark Disciple has been my favorite out of all the new Star Wars novels released thus far. The characters of Quinlan Vos and Asajj Ventress are so well represented in this book, that it makes me want to give Clone Wars another watch just to see if perhaps I was missing something the first time around. I would love elaborate on that more, but I fear by doing so I might give away some really great plot points of the book. It is truly an amazing read.

The book started off a bit slow at first, but by around 30% of the way in, I was hooked. If you’re a fan of the Clone Wars era, this book is a no-brainer. You must read it. Even if you’re not, there is some really enjoyable content here.

Story: The final season of Clone Wars was amazing, this book, like the Darth Maul comic continues that trend. Christie Golden is an amazing author. Very readable. Classic Star Wars.