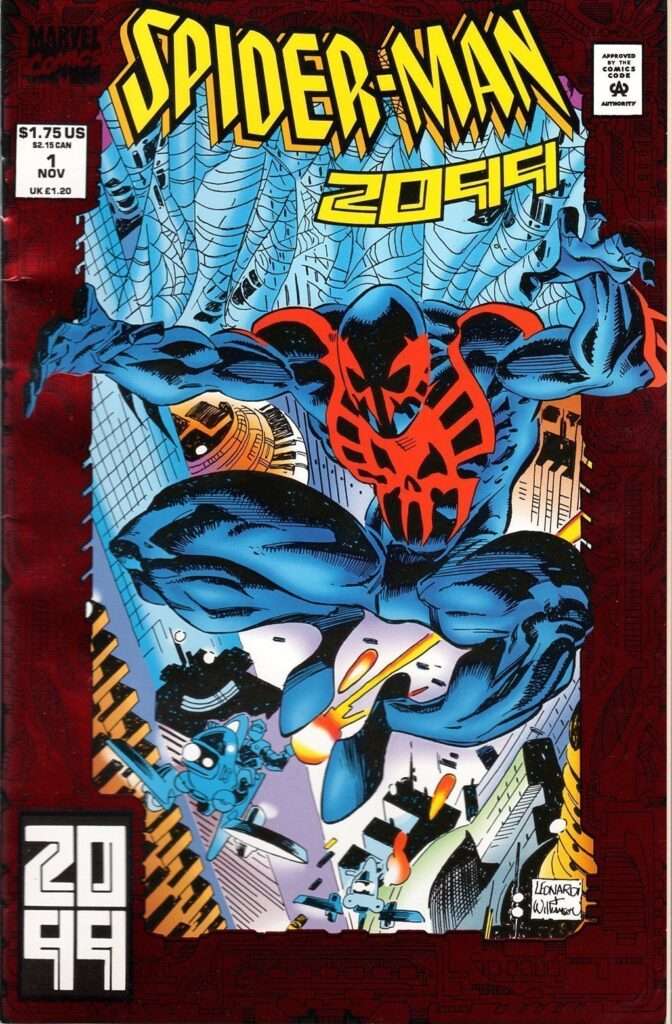 As I’ve mentioned before, I originally got into comics sometime in late 1991. Once I entered that world, I was a fanatic. At the time, I read Marvel books exclusively. I tried to get my hands on nearly every book I could. So when it was announced that Marvel was going to publish an imprint featuring futuristic versions of their heroes, I was all in.

When the series started, there were four books under the 2099 banner: Spider-Man, Doom, Punisher and a new character, Ravage. As the imprint progressed over time, other books popped up as well. The shining star in this series was of course, Spider-Man 2099. This book was essentially the core around which the other 2099 titles revolved around.

Having not read these since I was a kid, I was very excited to dive back into my collection and revisit the futuristic Marvel universe again. I never got to read all of them back then, but now I have the resources to do so. 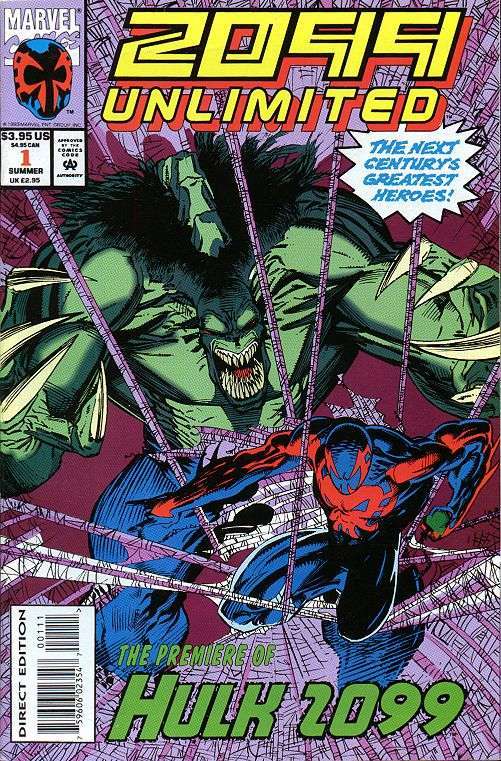 In the 2099 universe, the future of Earth is somewhat dystopian. The world is ruled by powerful mega-corporations. The rich thrive, while the poor are displaced and downtrodden. One of these corporations; Alchemax, is focal point of the Spider-Man story. The plot revolves around Alchemax employee, Miguel O’Hara as he becomes victim of a workplace experiment gone wrong. Much like Peter Parker in the original Spider-Man story, Miguel begins to develop spider-like powers which ultimately transforms him to a futuristic Spider Man. The book explores Miguel as he comes to terms with his new abilities. It chronicles his moral battle of working for an evil corporation by day, while playing vigilante at night. The concept behind this character is really amazing.

For the most part, this trend of “in name only” characters continues through out the series. Punisher, Ghost Rider, Hulk, etc. All of these are unrelated to the Marvel heroes of the same name. This is true with the exception of Doom and the Fantastic Four.

For me, the imprint started off very strong. There were some really great ideas present at the beginning but over time, the whole series started lacking in overall quality.  It seems that Marvel noticed this as well. After some time, some major staff changes were made that really shook up whole imprint. Existing storylines were brought to a swift close and some really radical, far-out events were introduced. By the time Marvel had decided to end the imprint, the whole thing was a convoluted mess. But despite that, I still applaud the series overall for it’s bold vision and for the introduction of some really great characters.

These days, Marvel 2099 has been given a bit of a second chance. Spider-Man 2099 has been re-introduced to the Marvel universe and even as I type this there’s a Spider-Man 2099 book in active print. For those of you who have only recently introduced to the character, I do recommend reading the first dozen or so issues of the original series.  The same goes for fans of Fantastic Four. The Doom book was the other shining star in the 2099 series. The rest of the titles were hot sometimes, cold the rest. At least for me. Regardless, it’s always interesting to explore new ideas. 2099 was filled with that.