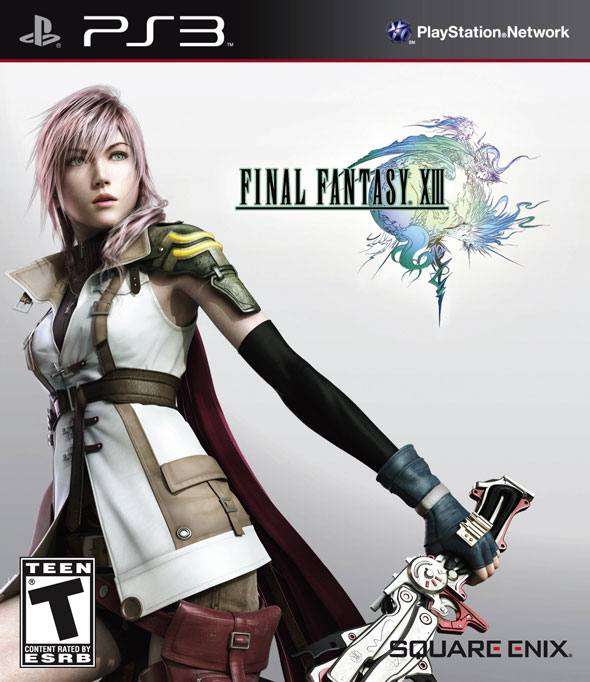 I am slowly but surely reaching the end of my Final Fantasy playthroughs! As much as I hoped to be finished with the entire series by the end of this year, it seems I may miss that goal by just a hair. Regardless, I present to you my review of Final Fantasy XIII.

FFXIII is an interesting game. It’s one of the most popular, yet also most controversial entries in the series to date. It is the first title in the mini “Fabula Nova Crystallis” series (a subset of Final Fantasy Games – much like the “Ivalice Alliance” of FFXII-related titles). It was the first “modern generation” entry in the series. Meaning, it was released on platforms that are still available today: Playstation 3 and Xbox 360. As a result, here we have one of the most beautiful entries in the series so far. But we before we get too far into the particulars, let’s touch on the story,

Final Fantasy XIII, like all other titles in the series has a deeply rich storyline. The world of XIII is a planet called Gran Pulse, but the game actually begins on an artificial moon of sorts that floats above the planet called: Cocoon. Cocoon is ruled by a theocracy known as The Sanctum. The leaders of Sanctum are strange godlike beings called fal’Cie. Occasionally, these fal’Cie will select people for a specific task (or Focus)- these individuals are then (literally) branded as l’Cie. If a l’Cie does not manage to complete their focus within the allotted time, they are cursed to become mindless monsters. While those that do, are supposedly blessed with eternal life. – Wow. That’s a lot of funny names.

When the game begins, we learn that to the people of Cocoon, Gran Pulse is somewhat of an anathema. People on Cocoon are taught that Pulse is filled with monsters and anything related to the word below should be shunned. Just prior to the events of the game, we learn that an unfortunate individual has come into contact with a fal’Cie from the world of Gran Pulse.  As a result, the Sanctum is currently undertaking a “Purge” – forcefully sending those involved away to live on Gran Pulse. A fate supposedly worse than death. The main hero in the game is the character known as Lightning. Lightning is actually in service to Sanctum, when she learns about the Purge taking place in her hometown. As the game progresses, Lightning meets a number of other characters and over time begins to piece together the secrets surrounding both the fal’Cie and the truth about Cocoon. 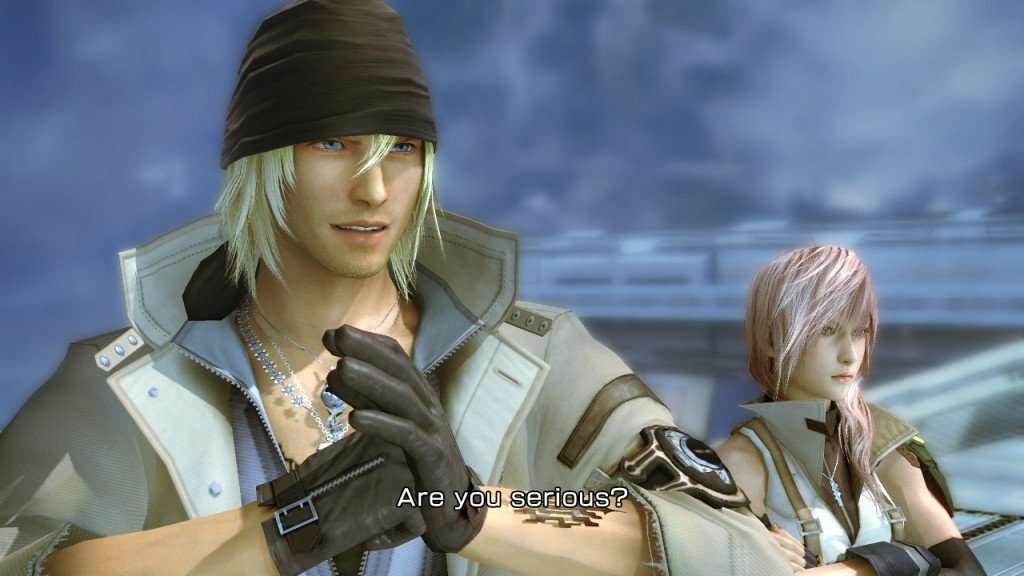 While the summary above may seem a bit confusing, the game itself does a fantastic job of explaining the lore behind the title as well as giving each main character a proper introduction and backstory. Each character in the game has their own overall role, but characters can be customized greatly as one would expect. In Final Fantasy XIII, character customization is handled by something call the Cystarium. This very similar in many ways to the Sphere Grid concept of Final Fantasy X, but with a slightly different twist. In FFXIII, there are no pre-determined character “classes” instead, there are various roles or “Paradigms”.  Any character can take on any Paradigm at almost any time in the game. So when leveling up, you can choose to spend your Cystarium points on different skills in different paradigm trees. When engaged in actual combat, characters can execute actions that they have unlocked from the role they are currently assigned to. 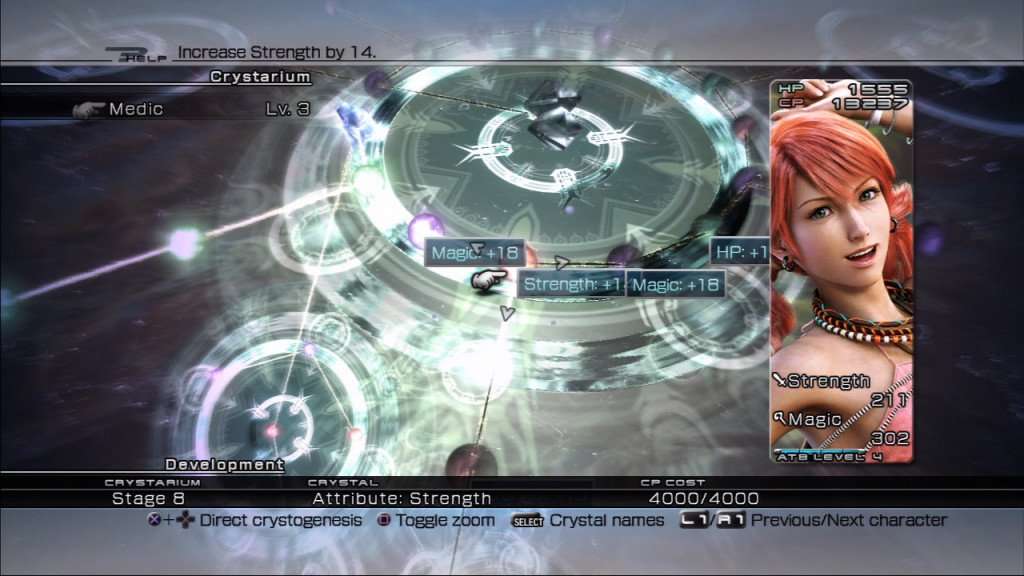 It may seem confusing at first, but the game does an excellent job of explaining and coaching you through these concepts early on.  For the most part, combat in Final Fantasy XIII takes place with three characters at a time. During combat, you only have direct control over the main character. The other two are AI controlled, but will function in accordance with the role they are currently assigned. Mastering the Paradigm system is really the key to the entire game. Knowing when to shift your character from one Paradigm (aka: swapping roles) to another makes all the difference between success and failure. FFXIII makes it easy to gauge your skills in this area as well, as your performance in every single fight is rated. The higher your rating, the better rewards you may yield when defeating your enemy.

You see, in Final Fantasy XIII monsters will often drop material that can used to enhance your current weapons. So it’s important to collect as many materials as you can. You never know when you may need a certain item so you can get that perfect weapon. 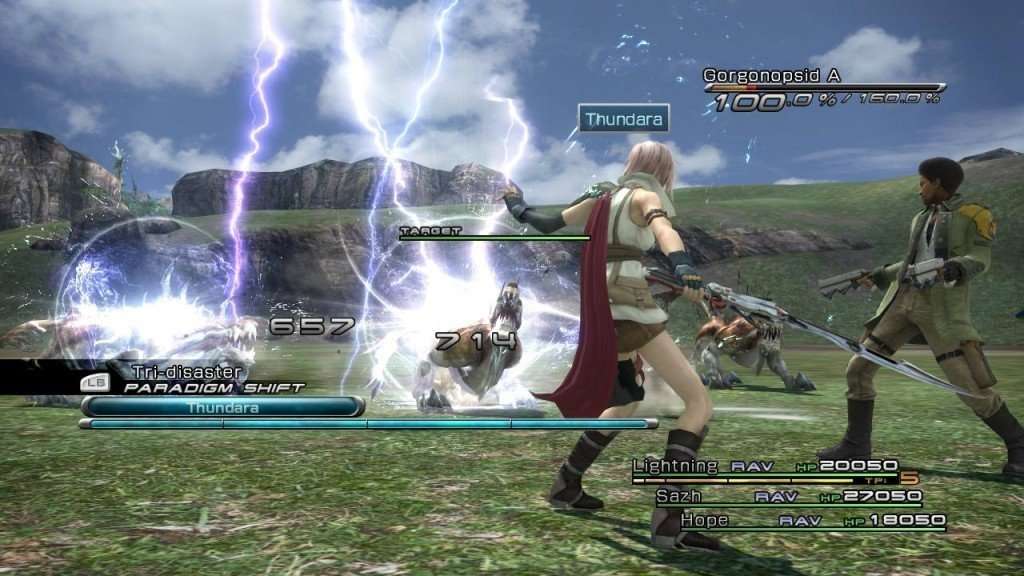 Final Fantasy XIII is often criticized by many for being very linear, or as some have labelled it “on rails”. To an extent, critics have a valid point. Especially, in the early parts of the game exploration is very limited. Players are very restrained in where they can go and what they can do. But as the game unfolds, these restrictions are lifted one by one. By the end of the game, your characters will pretty much have access to the entire game world. And as expected with a Final Fantasy title, there are plenty of areas and activities to explore that are not part of the main storyline of the game.

I’ve often been quoted as saying; to me, Final Fantasy XIII doesn’t start until you beat it. My favorite activity in the game ended up not being that main scenario progression but rather participating in Marks (bounty hunting) – a throw back to a side quest from Final Fantasy XII. This series of optional objectives (known a Cie’th Stone Missions) are both challenging and rewarding. Most of the optional bosses found in FFXIII are available through this series of quests. As usual, I made it my goal to ferret out and defeat every one.

All in all, Final Fantasy XIII is a very unique entry in the series. Personally, I don’t understand the huge backlash the game experienced on release. Yes, it is very different from what most would expect from a game bearing the Final Fantasy title. But I also found it to be quite refreshing. The game is beautiful, the graphics in this title are the best the series has given so far. The music in the game is outstanding. The combat and game mechanics are fast paced, interesting and unlike anything we’ve seen yet. Personally, I think XIII is a notable entry in the series. I enjoyed it when it was released back in 2010, and even now, revisiting it again five years later – I found the game to be a pleasure. 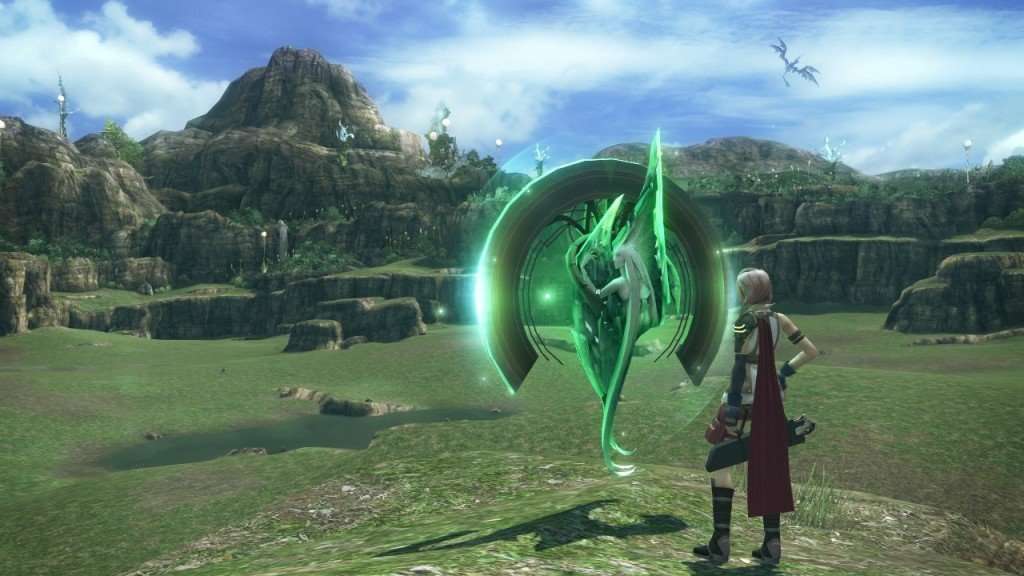 Difficulty: Medium –  For the most part, Final Fantasy XIII is fairly middle of the road in terms of difficulty. Some boss battles can end up being a bit tough compared to the rest of the game. However, taking the time to learn the Paradigm system is the key to success. Like most FF games, the biggest challenges are optional bosses and side quests. Achievement/trophy hunters will not have an easy time.

Story: The scenario presented in XIII is very unique. The concept of Cocoon and “lost world” below really struck me as interesting. With XIII, Square was not at all afraid to introduce a rich and original storyline filled with lore and the game really benefits from it.

Originality: In many ways, XIII feels like XII – done right. The combat seems to hit that sweet spot of automated yet still controlled. The character customization, while reminiscent of X is unique enough to stand on its own. SE always has a tough time balancing the need to keep the series from getting stale while pleasing their hardcore fans. But in the case of XIII, I feel they managed this masterfully.

Soundtrack: The score in XIII is very different that what we’ve seen in any other Final Fantasy title so far. I don’t think there’s a single original Uematsu track in the game. But despite this, I love the music here. Its catchy, fitting and all around good stuff. Music aside, the voice acting in the game is very well done as well. (Even if Snow sounds like Keanu Reeves on downers).

Fun: I personally enjoyed this game A LOT. XIII gets a lot of hate for being very non-traditional when compared to other FF games, but I just don’t see it. The main scenario is entertaining and the optional content is fun and engaging.

Graphics: Breathtaking. The best in the series so far. PS3 players have a slight edge here over 360 users,  but not by much. The game looks amazing on either system, truth be told.


Playcontrol: It seems that every time I play 3rd person game, the camera controls feel foreign for a while. But after an hour or so this goes away and begins to feel natural. Everything else in the game seems to just click. No real issues to report in regards to playcontrol.


Value:  To me, this game is worth the purchase. I bought it on day one at full price and never regretted it. These days, it can often be found on sale or at a reduced price.

Overall score (1-100): 90 – I’m the weirdo who thinks Final Fantasy XIII is a top-tier title. Many others may disagree with me, so feel free to seek out the opinion of others. But if you ask me, XIII is certainly worth your time and money. The series has matured over the years and with maturity comes change. I welcome it.