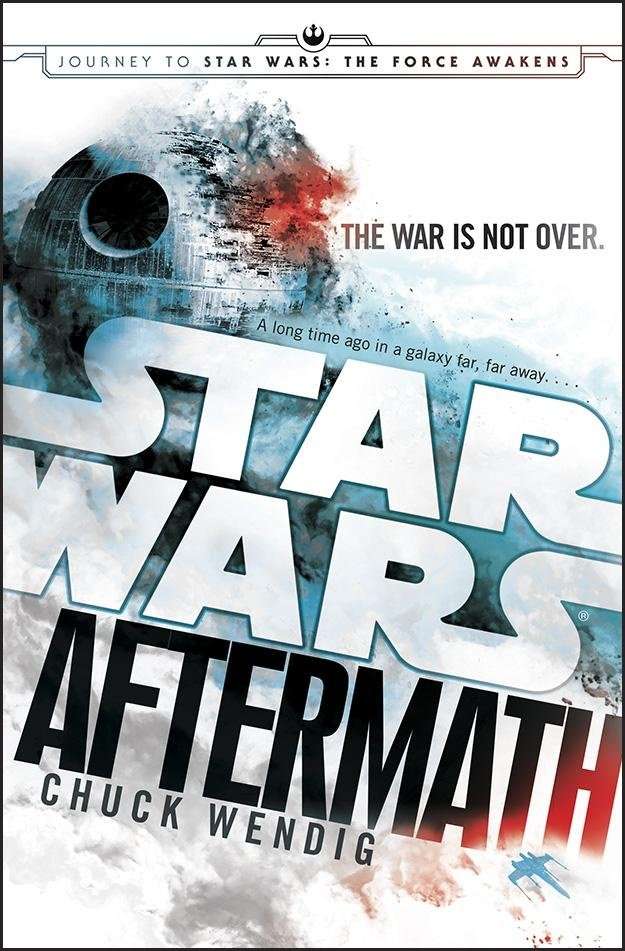 The first post-Return of the Jedi novel in the new Star Wars canon is here! Star Wars Aftermath. Without spoiling too much the book, I’m going to do my best to share my thoughts on this crucial entry in the Star Wars universe.

First, let’s talk about what this book is and isn’t. While this story does take place shortly after RoTJ, it is not exactly a bridge to the upcoming Episode VII. This book is the first in what will be known as the “Aftermath Trilogy“. Part 2 and 3 will come out after the release of VII. In this entry, we get to see the state of the galaxy immediately after the fall of the Emperor. The uprising that is taking place, the political position of both the New Republic (alliance) and the fractured Imperial remnants.

The book focuses mostly on new characters, but there are some familiar faces. Wedge Antilles plays a large role in the novel, and we also get a few short insights into some other popular characters. What stands out most about this book, and also what happens to be the source of much criticism, is the writing style. I’ve never read any other works by this author, Chuck Wendig. To be honest, unless he writes more Star Wars, I probably won’t again. The pace of the writing is very odd and it reads very strange. It is unnecessarily punchy and at times feels unprofessional. The effect of this does give the book a somewhat cinematic feel, which is interesting, but overall I found it to be very distracting.

I often found myself reading the story and being very into what I was reading, only to encounter a page break followed by a brief description of new un-introduced characters involved in some other  event. Then, as soon as that is over, these characters are never heard from again. I get what the author is trying to do. Yes, there’s the main story of Aftermath, but peppered in are also insights to what is going on in other parts of the galaxy. This is actually a pretty neat idea, but I feel that it should have been structured a bit better. I don’t know. Odd.

In terms of the story itself, I found the plot of Aftermath to be quite interesting. I enjoyed the overall story-arch as well as the characters that were introduced. For the first time ever, I found myself actually liking the prequel-era Battle Droids. (If you read, you’ll see what I mean). I’m very interested to see if any of these characters will make an appearance in Episode VII. (I do have some suspicions about one of them.)

Overall, despite some flaws in the writing, this is pretty much a must read for any hardcore Star Wars fan.

Story: Great plot and lore into the final days of the Empire and the rise of the New Republic. The writing style takes some getting used to.