Halloween is finally here, and with it comes my annual “scary game review”. Unlike last year, I was only able to fit in one game instead of a slew of horror-themed titles. But, have no fear, DreadOut is no slouch. This title fits the mood perfectly.

If you’re not familiar with this title, don’t feel bad. DreadOut is a rather obscure game from a small Indonesian developer: Digital Happiness. It’s an exploration/survival horror title that’s reminiscent to the popular Fatal Frame series. In many ways, DreadOut is similar to other horror titles, but what makes this game unique is that many of the ghosts and monsters in the game are based on Indonesian folklore. So, for western players, there’s a lot concepts here that will seem unfamiliar. 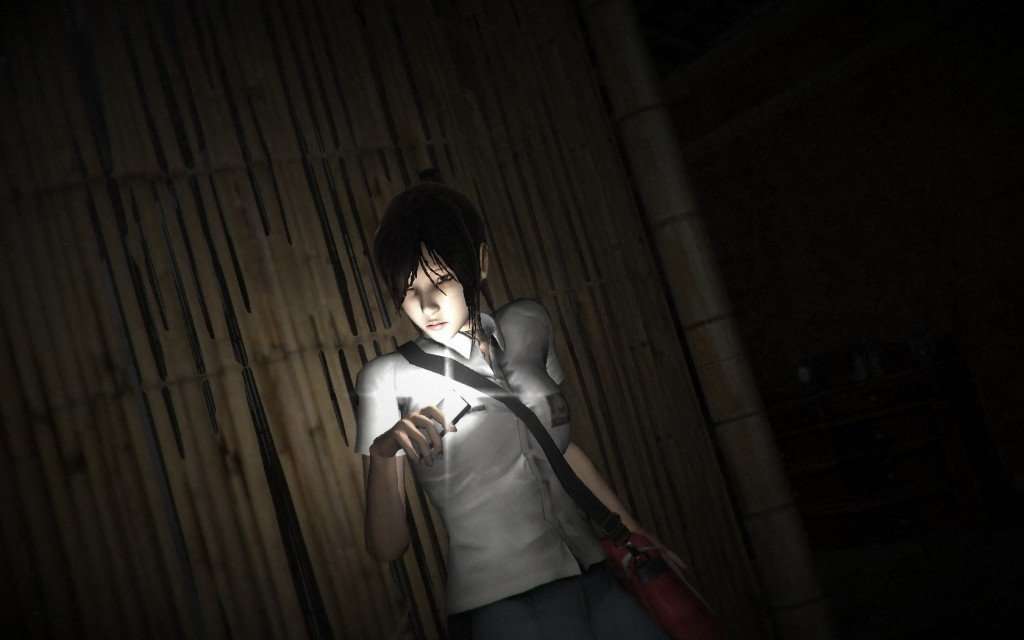 The storyline of DreadOut is quite simple. Several students embark on a field trip with their teacher. However, along the way they stumble upon a forgotten ghost town. A handful of the students run off to explore, forcing the teacher to pursue them. Eventually, the group discovers an abandoned school house. After one of the students goes missing, our protagonist, Linda finds herself accidentally separated from the rest of the group. The game itself consists of controlling Linda as she wanders the grounds of the school, searching for her classmates and warding off evil spirits. The whole time, the secrets of the school and abandoned city slowly start to unravel.

Most of the game is simple exploration and puzzle solving. Combat against the spirits is restricted to taking photographs of them with a camera phone. Many ghosts in the game can only be viewed directly through the lens of the camera as well. When exploring, the majority of the game is played in the third-person view. However, when using the phone, the perspective is changed to first person. This only serves to deepen the realism and amp up the anxiety of the player. 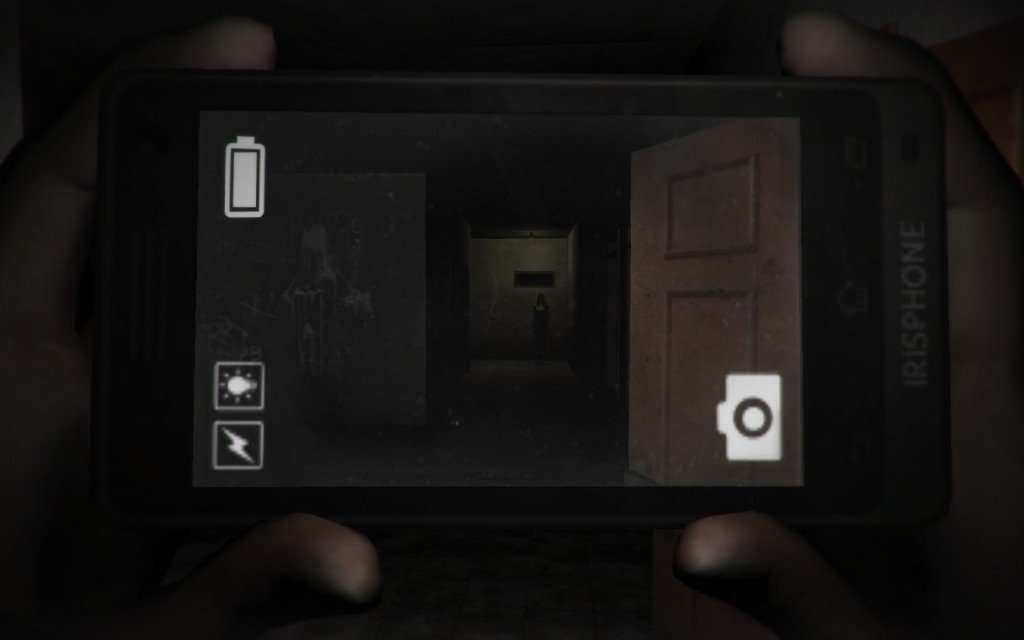 All of the standard horror game tricks can be found here. Dark environments, creepy ambient sounds, etc. But, even though you may have played games like this before, DreadOut manages to do a great job keeping things fresh. Again, I feel that is due partly to the unfamiliarity of Indonesian culture that most players will encounter. Also, having the lead character be an innocent and vulnerable school girl helps quite a bit as well. So despite seeming like just another “fish in the sea” of horror games, DreadOut manages to keep a unique air about it.

With all of that in mind, the game is certainly not perfect. It’s rather short, and sometimes buggy/quirky. But I didn’t encounter anything game-breaking. The low-budget and indie roots of the game are very obvious. But despite that, it holds up well in my opinion even when put against some of the well established titles in the genre. Since it’s release, the developers have added two additional playable chapters at no extra cost. This is always a welcome sight.  – Recommendation: when playing for the first time, Start with Act 1.  Play Act 0 once you have beaten the original game. 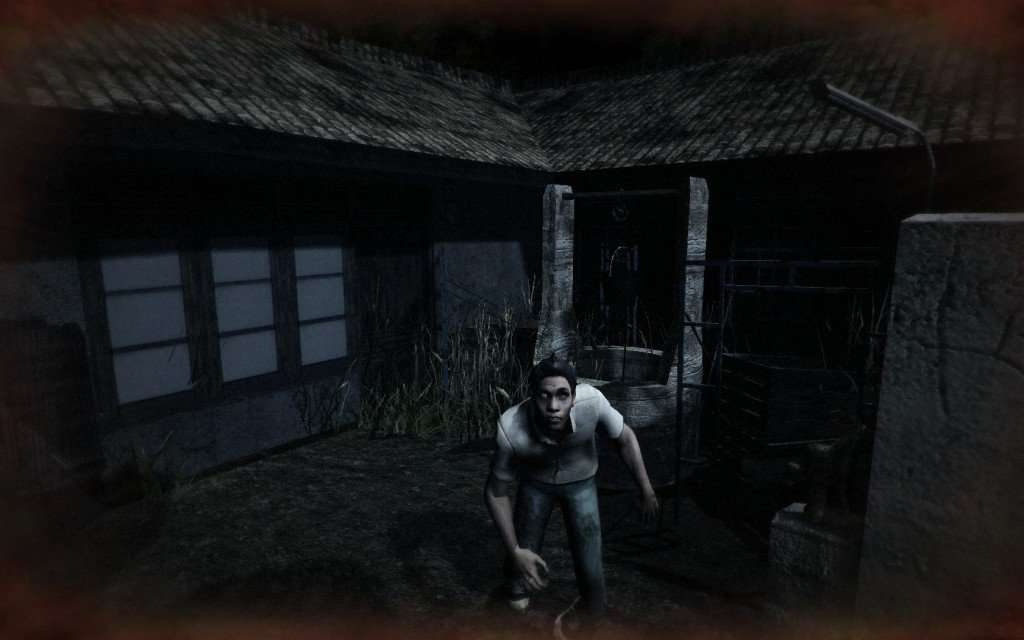 Difficulty: Easy–  In terms of actual gameplay difficulty, DreadOut is pretty simple. If you are overtaken by a spirit your character will wake up in “Limbo” and can follow the light back to the real world. There is no limit to this really, so you essentially have infinite tries to complete whatever obstacle you are facing. Also in most instances, even boss battles do not reset when returning from the dead making them fairly easy to complete. You do have some control on the difficulty, however. You can also turn on/off visual queues that alert you when you are in the presence of either helpful items or ghostly encounters. This can make things a bit trickier.

Story: The story here is pretty basic on the surface: students lost in an abandoned city. But, observant players will soon be able to piece together bits of the backstory that are scattered about the game. By doing so, you’ll learn that this is actually a pretty in-depth game in terms of storyline.

Originality: For a large part, there’s really nothing new here. Survival horror games are a dime a dozen these days. Not to mention the whole camera/investigative thing has been done before with titles like Fatal Frame and Spirit Camera. What makes this game unique is the Indonesian cultural twist. This seems to be just enough to make DreadOut stand out from the competition.

Soundtrack: The game features a very basic and minimal score. It’s quite effective at building tension, and it suits the game very well. But it’s nothing particularly notable. The voice acting in the game is fair to good, but not outstanding.

Fun: I was surprised by this title. I’ve seen other games like this in the past, so I figured it would end up with a “been there, done that” feeling. Thankfully, that wasn’t the case. I had a really enjoyable time with this title. To make the most of this game, play it late at night, in a dark quiet room…


Playcontrol: If you have the option, playing DreadOut with a controller would be my recommendation. The game has built-in controller support and it works very well. The keyboard controls are a bit clunky and non-intuitive. But, they are not that hard to get the hang of in the long run.


Value:  DreadOut is an inexpensive game it usually sells for around $15.00 but it’s often on sale for $5.00 or less. If you can catch it at a low price it’s a no brainer. But even at full price, it’s well worth it if you’re a fan of the genre.

Overall score (1-100): 75 – This title does have some shortcomings.  But overall, the quality of the game is fairly solid. That, combined with its originality, frequent updates and obvious TLC from the developers- I find myself giving it an above average score. DreadOut is the perfect game for late autumn nights.