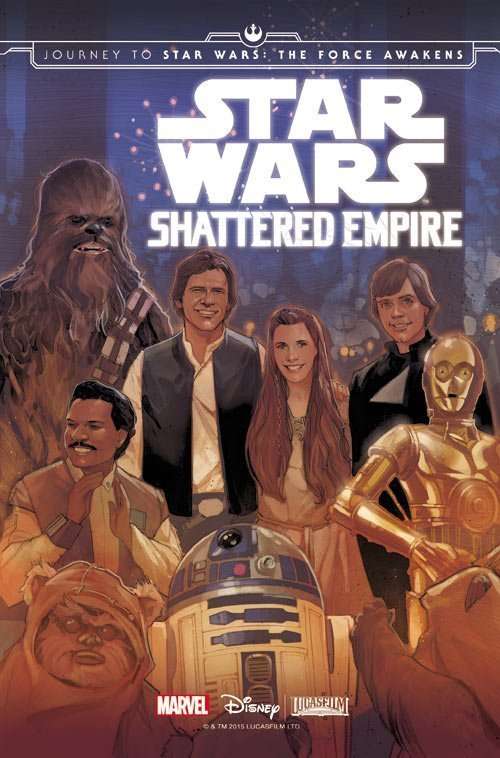 In one month Star Wars: The Force Awakens will hit theaters worldwide. The hype is real. So now is the time to catch up on all the Star Wars media you can. A great place to start is right here with the Shattered Empire mini-series from Marvel.

Shattered Empire picks up during the final scenes of Return of the Jedi and follows our heroes on their adventures immediately after. Of course, all of the expected faces are seen during the four-issues that make up Shattered Empire; Han Solo, Luke Sky Walker, etc. But we’re also introduced to two new characters; Shara Bey and her husband, Kes Dameron.  If you’ve been paying attention to the character bios from the upcoming movie, you may recognize the name “Dameron”. Episode VII features a character by name of Poe Dameron. So, it’s a logical conclusion that these new characters are his parents. But, who knows for sure. We’ll have to wait and see.

There’s so much packed into the four issues that I’d love to dive into, but discussing them here would be a disservice. It’s killing me not to talk about the hologram of the….  nevermind….   or how Leia seems to have a….   nevermind.  I’d better stop now. If you’re a fan of Star Wars, this mini-series is a MUST READ. So many new questions are ignited just through this book alone. I’m eager to see how much of what is presented here ties in to the new movie. So if that’s your cup of tea, Shattered Empire makes for a great read.

The four issues are combined into a trade paperback that goes on sale tomorrow. 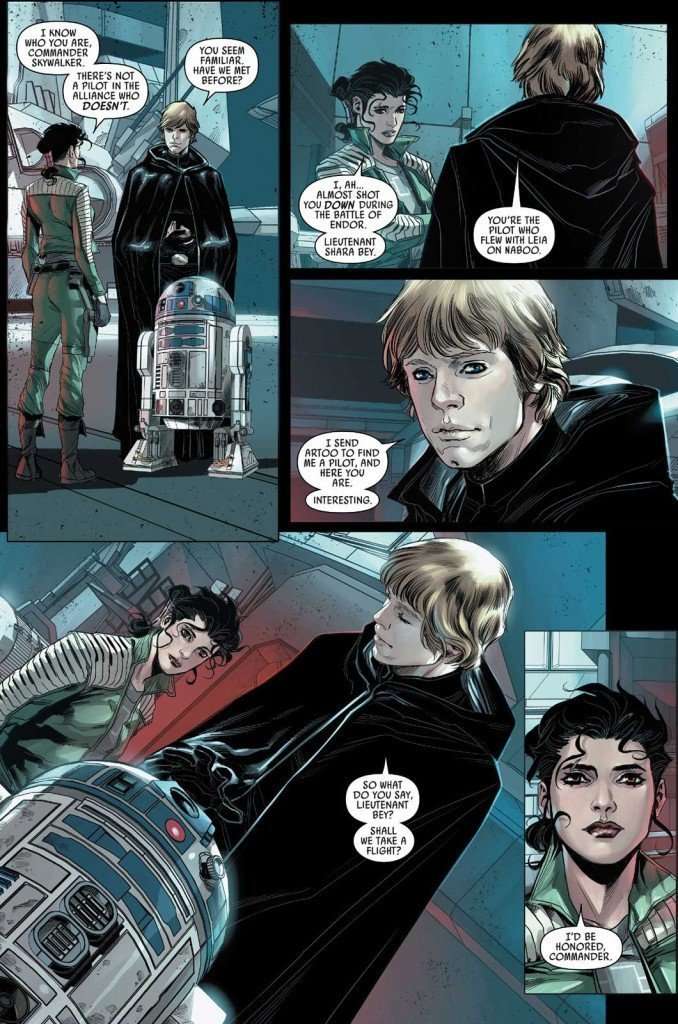 Artwork: Excellent. The art in this book is very modern and standard for today’s books. Some of the best in the Marvel Star Wars prints so far.

Story: This story serves as both a finishing touch to the original trilogy, while also planting some of the basic seeds for what may be coming with Episode VII. How much remains to be seen. But I have feeling revisiting this mini-series after the movie is released will be very enlightening.

Recommended:  Yes. This book is a must read for any Star Wars fan. Those who are fans of the original trilogy and are looking forward to the new film should not hesitate to make this purchase.