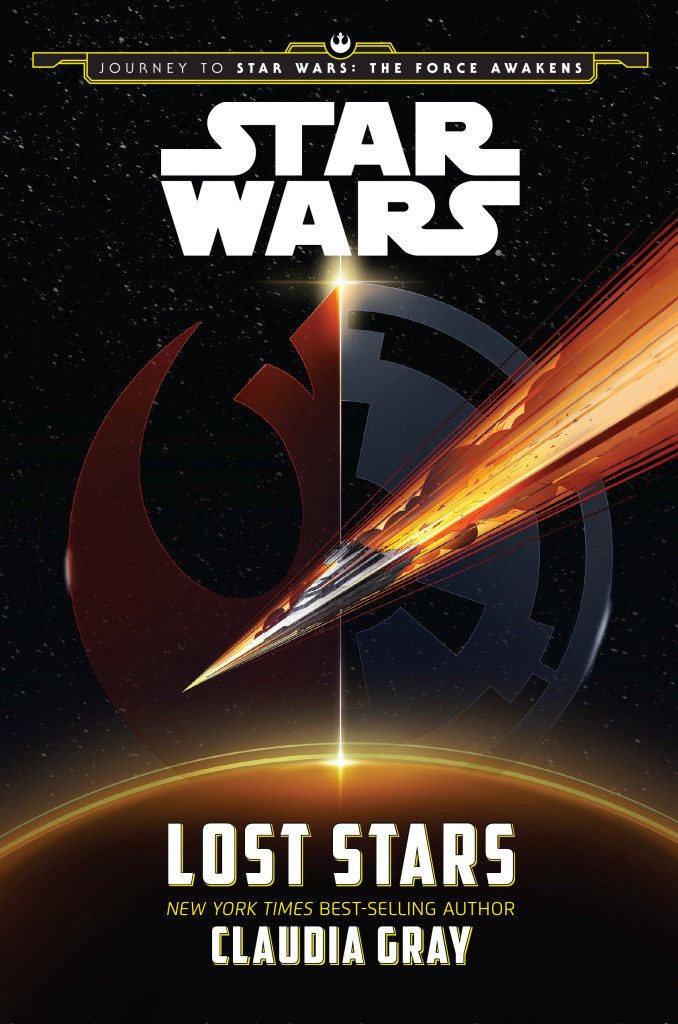 Just the other day, I finally finished the next book on my Star Wars “to-read” list; Lost Stars.  This book was marketed as a young adult novel, but it is anything but. If you’ve been on the fence about this one for that reason, cast aside all doubt and dive in. Lost Stars is eloquently written and it’s actually one of the more “adult” Star Wars novels I’ve ever read.

The book starts between Episode III and IV, and follows the lives of two childhood friends who meet in the early days of the Empire. Throughout the story, you see as they grow and mature, eventually enlisting in Imperial service. Essentially, this ends up becoming a romance story that takes place during the time of the Original Trilogy. We get to see key events such as the Battle of Yavin, Hoth, Endor, and even the new famed Battle of Jakku – all through the eyes of these two characters. While this could easily end up feeling forced, the author does a wonderful job of making this work. The characters of Thane Kyrell and Ciena Ree are WONDERFUL additions to the Star Wars universe.

When I say this novel is “adult”, I mean that all aspects of the relationship between these characters is explored. Even the subject of sexual activity is covered here, but it very tastefully done. Regardless, this was not something I expected from a novel being marketed as “young adult”. For many, the subject matter and sheer size of the book itself may seem a little off-putting. Romance is not a subject one typically thinks of when picking up a Star Wars novel, but it works very well here. Don’t let this fool you. This is a fantastic read.  All that aside, a lot of this book features behind-the-scenes detail of already familiar events, from an Imperial perspective. This alone ends up being a very interesting part of the novel. I can’t recommend this one enough. In many ways, this book serves as a better set up to Episode VII than even “Aftermath“.

I can only hope that we will see more of the lead characters presented here in future works, maybe even Episode VII…

Story: Excellent plotline. The author does a great job of introducing two new characters and actually make you care about them. Not to mention, the storytelling is second-to-none.

Recommended:  FOR ALL FANS (Guys, if your wife/girlfriend typically only reads “girly-books” – this might make a good launching point into Star Wars fiction for her.)