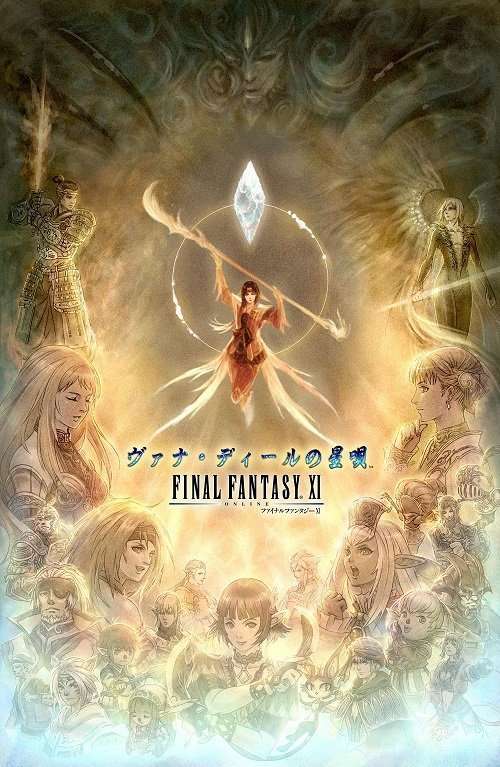 Last month saw the release of the final chapter in Final Fantasy XI‘s latest add-on scenario, Rhapsodies of Vana’diel.  This scenario marks the end of all new storyline/expansion content for the game. In the eyes of most players, Rhapsodies serves as a sunset for a game that has been loved for over a decade. As promised, I have taken the last few months to catch up on much of the content I’ve missed over the last few years and I have to say, now that the final chapter has been told, I’m glad I took the time to give this wonderful game one last look.

For veteran players who have already conquered most of the game’s content, Rhapsodies of Vana’diel will serve as both a trip down memory lane, and a final capstone to all of the epic storylines that FFXI has presented over the years. Between the three chapters in Rhapsodies, Square Enix has done a wonderful job of bringing back old characters from the various ages of Final Fantasy XI and blending them in to one final romp through the various locales of this vast game. For new players, the Rhapsodies content actually integrates into the existing storyline as players explore the content in the game. It serves as both a guide and a vehicle to clarify some of the more obscure parts of the game’s scenarios. 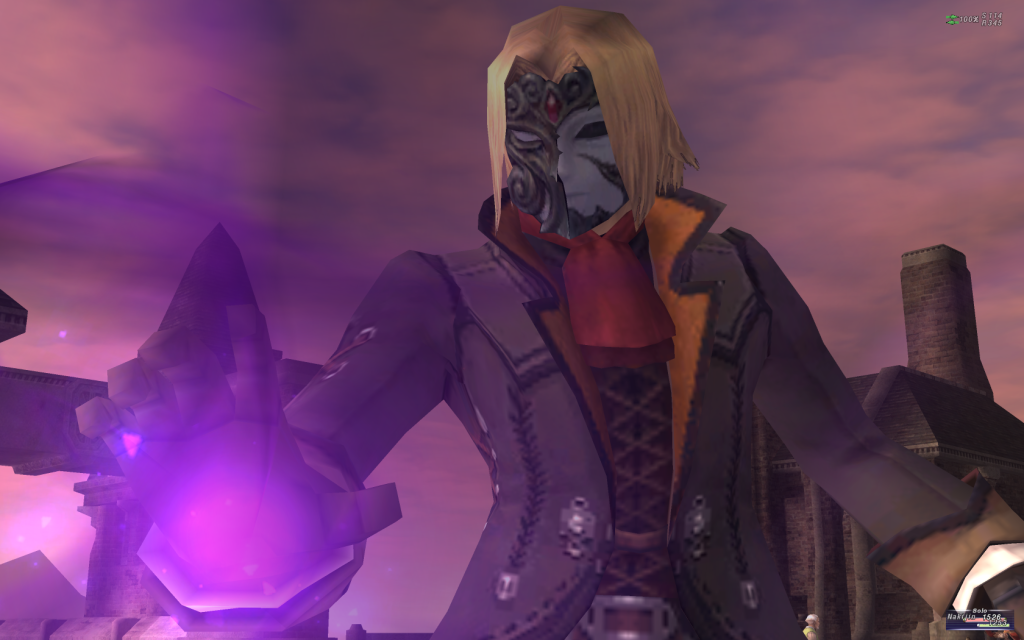 Aside from simply being a collection of cutscenes and battles, RoV also introduces three new zones to the game. Admittedly, two of these are largely recolors/remixes of existing areas. The third, however, is an entirely new zone and one that players have been begging to explore for many years. I suppose the inclusion of this area is small way of saying “Thank You” to players who have stuck through the game over all the ups and downs.

I was fortunate enough to experience RoV along with a few of my old FFXI friends. But thankfully, the scenario is also quite solo-able thanks to the new Trust system in the game that allows to you make make virtual parties with AI controlled NPCs. So if you’re on the fence about returning to Vana’diel to experience this swansong, don’t be. The content is very accessible even if you have to play through it alone. 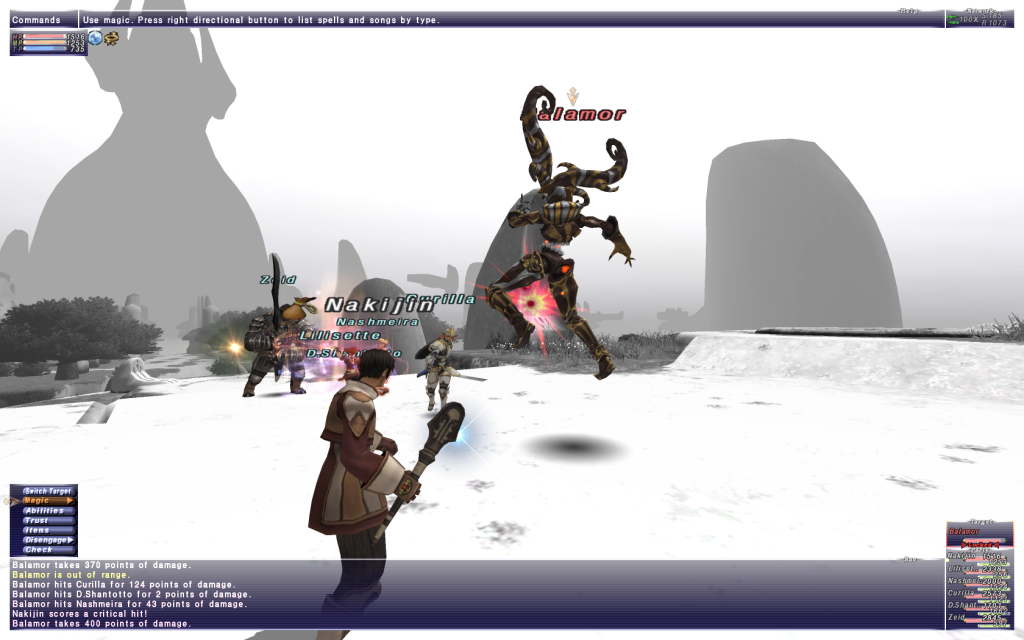 As I mentioned in one of my previous XI posts, stepping back into this world after being gone for a couple of years felt both familiar and foreign at the same time. So much has changed with Final Fantasy XI since it’s prime that it did take a little getting used to. Yet, it didn’t take long for everything to start falling into place. If you’re one the fence about returning, know this: Yes, the game is much easier than it used to be. Content that used to require alliances of players can now be conquered alone. Yes, the population of the game is significantly smaller than it used to be. But the players that remain have a true love and passion for the game that is undying.

I would find it difficult to recommend FFXI as a whole, to a new player simply because it has reached its sunset period. But if you are a true fan of Final Fantasy, or if you have a friend who is also interested in playing, it is certainly worth spending a little time exploring this world. Personally, I have played countless games over the years, a majority of them RPGS. I have also dabbled in nearly every MMO on the market and I can say this with no hesitation: Final Fantasy XI is without a doubt the greatest game I have ever played in my life. It certainly has it faults, but I doubt that another game (even FFXIV) will ever be able to take its place in my heart.

As a final treat, players who complete Rhapsodies of Vana’diel are rewarded with a final cutscene and credit roll. The song that plays in the background features a chorus sang by the players of the game itself. A few months back, SE provided instructions for recording audio that could be sent back to SE for inclusion in the mix of the final song. I found this to be a touching gesture and nice way to immortalize the loyal players by placing them into the game itself once and for all. 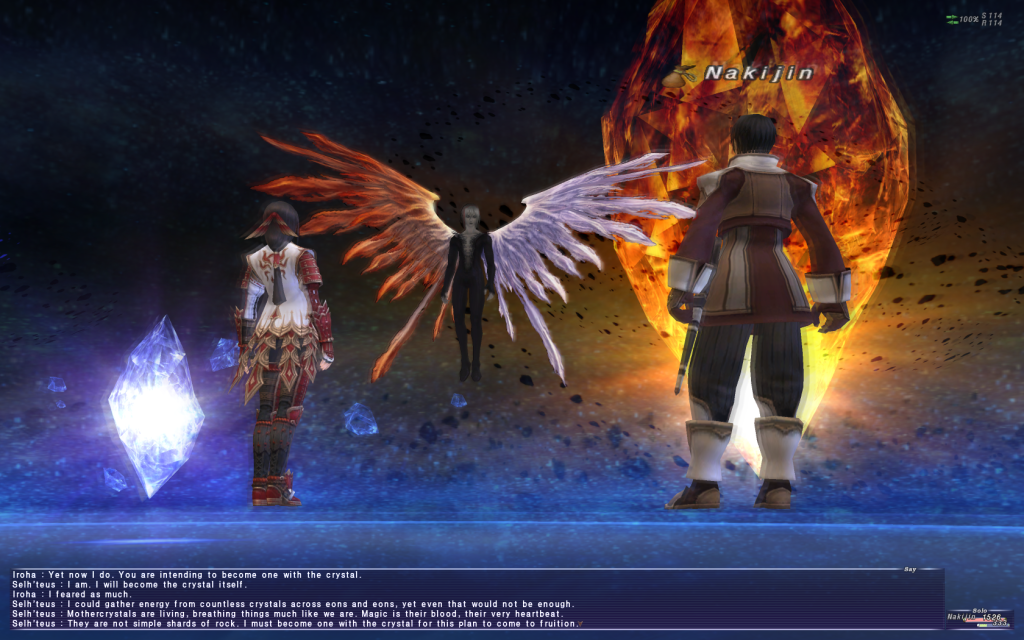