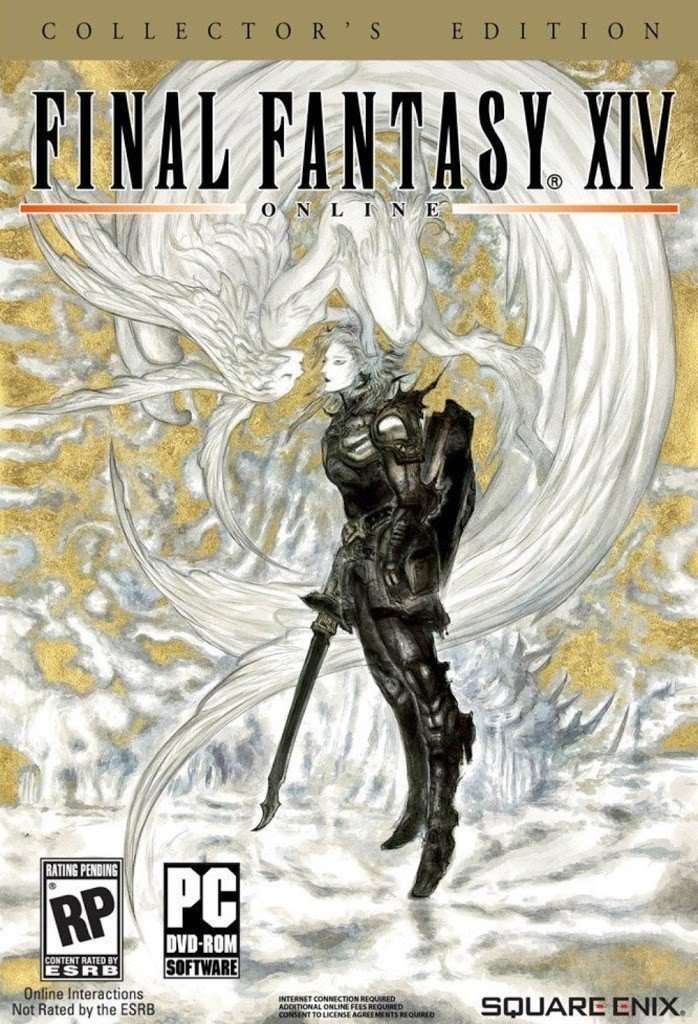 Having been an avid fan of Square Enix’s first MMO; Final Fantasy XI, I remember the excitement that everyone in the community felt when the announcement was made for Final Fantasy XIV. The next generation massive multiplayer Final Fantasy title. Having long been rumored, SE finally confirmed it’s existence and upcoming release. To say I was excited, was an understatement.

Lorewise, the game takes place in a land known as Eorzea. Eorzea is the home to four major nation-states (three of which can be starting areas for new players). On the outskirts of Eorzea lies the Garlemald Empire. In terms of the game’s story, the Empire has slowly been conquering neighboring realms, and fear hangs heavy that they will soon push their invasion into Eorzea itself. This certainly seemed like an interesting set up. It was a world I was excited to learn and explore.

FFXIV was built using the Crystal Tools engine, the game engine that powered Final Fantasy XIII, so graphically it was going to be leaps and bounds above FFXI. Also, the developers promised that XIV would be more casual-friendly and less grindy. Yet, the game would cater to XI players, in that the in-game races available during character creation would favor those previously seen in XI. (This way, a player could “re-create” the look of their old XI character if they chose to do so.) The races of FFXIV, while similar to FFXI, have different names. These are as follows:

Hyur – A human-like race.  (Essentially the Hume of FFXI)

Elezen – A tall, elvish like race  (similar to the Elvaan of FFXI)

Roegadyn – A stout, but hardy race – Playable as male only (similar to the Galka from FFXI)

Lalafell – A short, cute humanoid race (Similar to the Taru Taru of FFXI)

The game was slated for release on the PC. A PS3 version would be coming shortly after release. XIV would feature a new system for character progression, a new class system that allows players to change character class on the fly, a new quest system, a new imaginative form of crafting, a seamless world, etc. It seems that SE was finally starting to listen to their fans…. except, not really.

When Final Fantasy XIV was first released, it became obvious very quickly that there was a problem. First of all, at release day, there was a shockingly little amount of content. In the entire game, there was only a handful of main scenario quests and a small number of class-related quests. The new “Levequest” system touted by SE as being one of the cornerstones of the game was clunky and restrictive. With players only able to take on a small number of quests per day. As a result it was largely ignored. Players resorted to the old time-tested method to grinding to gain experience points. Only to find that SE had quietly implemented a experience point throttle to slow down players who were leveling their characters too quickly. 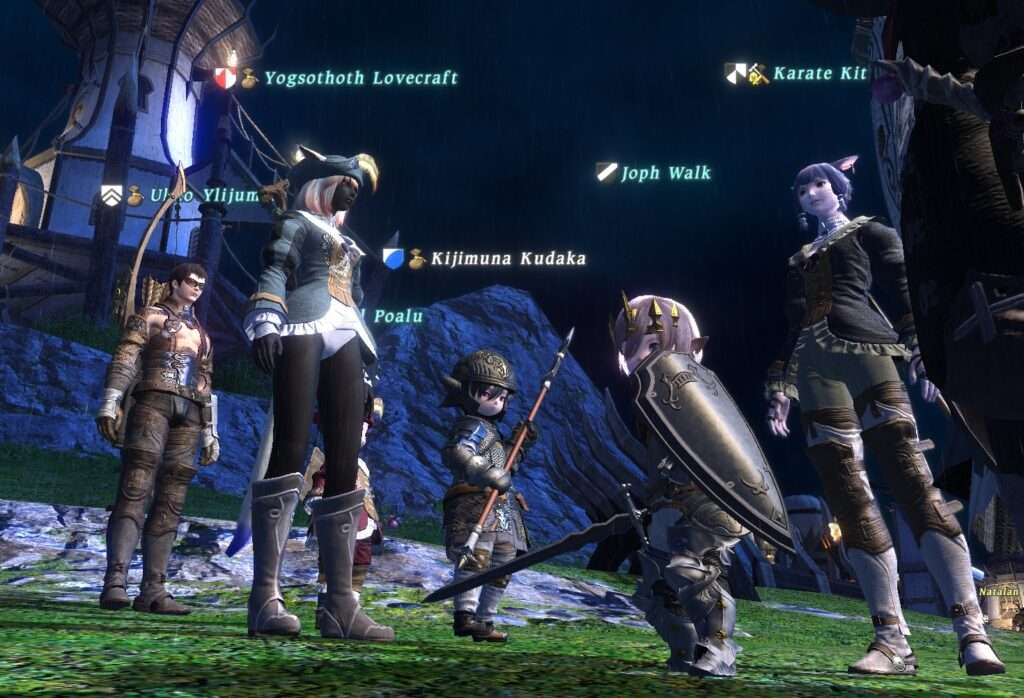 Other complaints included concerns about the combat system, as well as the overall world design and server stability. Players also complained in droves about lag in the UI and a convoluted/overly-difficult player market system. As the weeks went on, the situation only got worse. It was so bad, that SE actually asked the media to please refrain for posting reviews of the game until they could roll-out the first big post-release patch.  Sadly, this patch did little to address the majority of player concerns.

The playerbase fell dramatically in the weeks immediately following release, with most players not renewing their subscriptions at the end of the free-30 days. I have to admit, even though I love Final Fantasy games with a passion. FFXIV was shaping up to be a total mess. As a concession, Square Enix apologized profusely and suspended charging subscription fees while they worked on addressing play concerns. But as more weeks came and went, no relief was seen.

Eventually, a major announcement was made. SE had essentially fired the original producer and replaced him with a new face, Naoki Yoshida. A man, that the community would come to affectionately call “Yoshi P”. The first thing that Yoshi P did, was take as the players to participate in a number polls and questionnaires. I participated and I remember seeing questions like “Would it be acceptable to radically change the core battle system for the game?”. When you start talking about doing things like replacing entire core-game mechanics, you know things are about to get interesting. 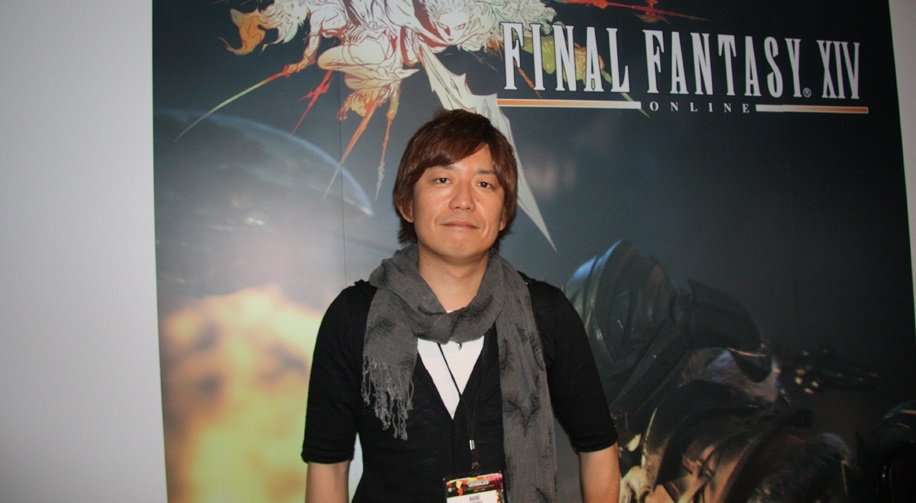 When it was all said and done, Yoshi P did one of the ballsiest things I have ever seen in the gaming industry. This man, who was hired to FIX a broken game, went before his superiors and told them: “Your game is so broken, it cannot be repaired. If you want me to fix this mess, you will have to provide me with the budget and resources to rebuild it from the ground up.”  This statement, uttered in any American game company would have immediately signaled the death and write off of the title as a whole. But perhaps, due to cultural differences and Japanese pride, SE agreed. Thus began the road to Final Fantasy XIV 2.0.

The announcement was made to the public, that the entire game was going to be scrapped and recreated using a completely new game engine. What normally takes nearly 10 years in research and development would be escalated and delivered within a mere two years. In the meantime, a special team would continue to work on improving the existing game as best they could: fixing what could be fixed and adding content to keep players busy. To fund this, the subscription for the game would be returning. But players willing to pay during this time, would be privy to exclusive once-in-a-lifetime content as well as a perpetual discount on the game’s subscription. It was also announced that the PS3 version of the game would be placed on hold until after the release of Final Fantasy 2.0. 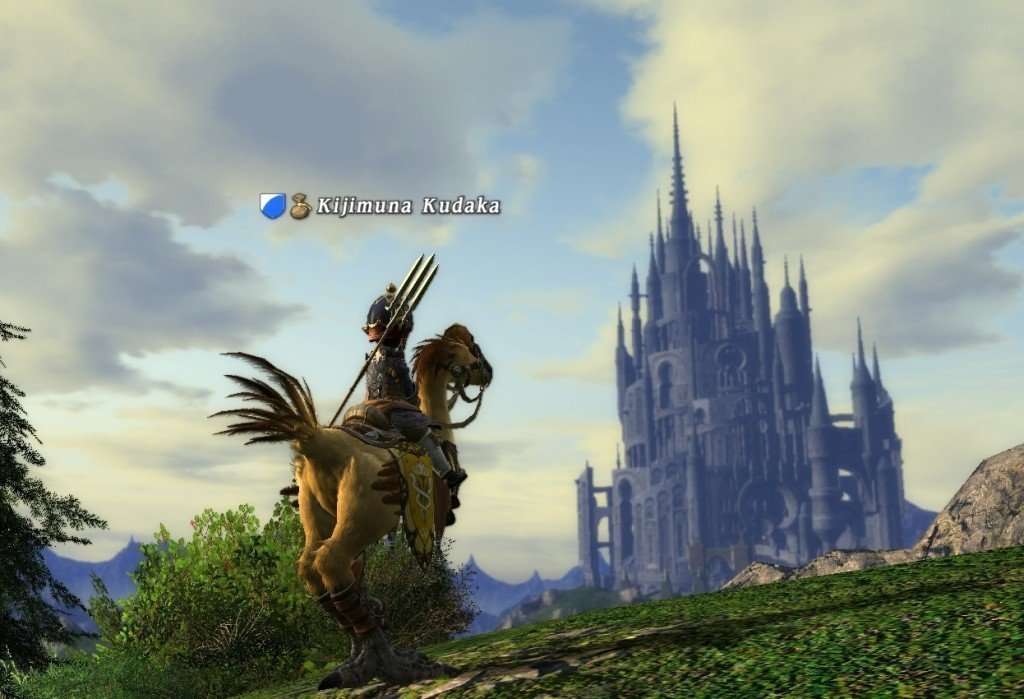 In the game’s world, this translates to what is known as the Seventh Umbral Era. Essentially, the redesign of the game would be rolled into the lore of the gameworld itself. Starting with the next patch after the announcement, a small red star appeared in the sky. Patch after patch, as time went by this star grew bigger and bigger. Over time it became obvious what was happening: A meteor was coming… and it was going to cause havoc in the world of Final Fantasy XIV.

Some of the biggest changes to occur during this time were core redesigns to the character progression system. The “character rank” leveling system was removed and now character progression would be measured on a per-class basis. The very core mechanics of the battle system were overhauled and drastically improved. A new “job system” was added that brought many of the classic Final Fantasy-themed jobs to the game. Until now, the character classes in FFXIV used obscure, unfamiliar names, and as a result, just seemed very un-Final Fantasy like. Also, a new “Grand Company” system was added to game that both served as a segue into the new lore as well as a portal to launching some of the newer dungeon and boss-battle content. Things were actually starting to come together quite nicely. In fact, I daresay I became quite satisfied with the game during it’s final few months.

Eventually, the time came when the original version of Final Fantasy XIV would need to go offline for several months while the team prepared the release of the now fabled Final Fantasy XIV 2.0.   – Character data would be preserved and would carry over to this new world. So now players only had to wait. Would SE be able to pull off the impossible and revive a game that had largely failed in the eyes of the public? Time would tell.

In the weeks before the servers were turned off. Players were treated to amazing content. Swarms of monsters were invading towns, Imperial airships would be seen patrolling the skies. The weather in the game world changed, bringing constant lightning storms… Then on the final night, players were instructed to journey to a remote area of the gameworld known as Mor Dhona to engage the Imperials in a massive ground battle. Once the clock counted down and Final Fantasy XIV 1.x was taken offline, players were provided with a YouTube link to view the final cutscene for the game. From the bright red star of Dalamud, emerged the legendary dragon Bahamut. Who’s megaflare attacked caused what would later be known as The Calamity.

Despite it’s rocky start and terrible reputation, these events ended up making Final Fantasy XIV 1.x a truly fantastic and memorable experience for me. In someways, I almost miss it from time to time. 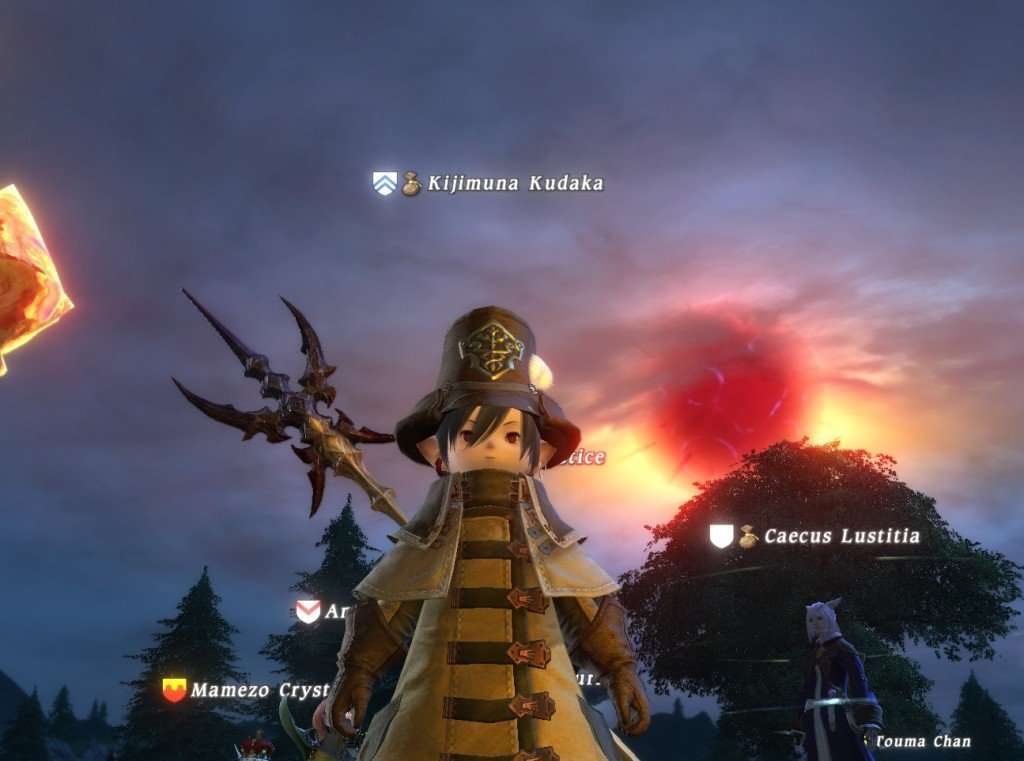