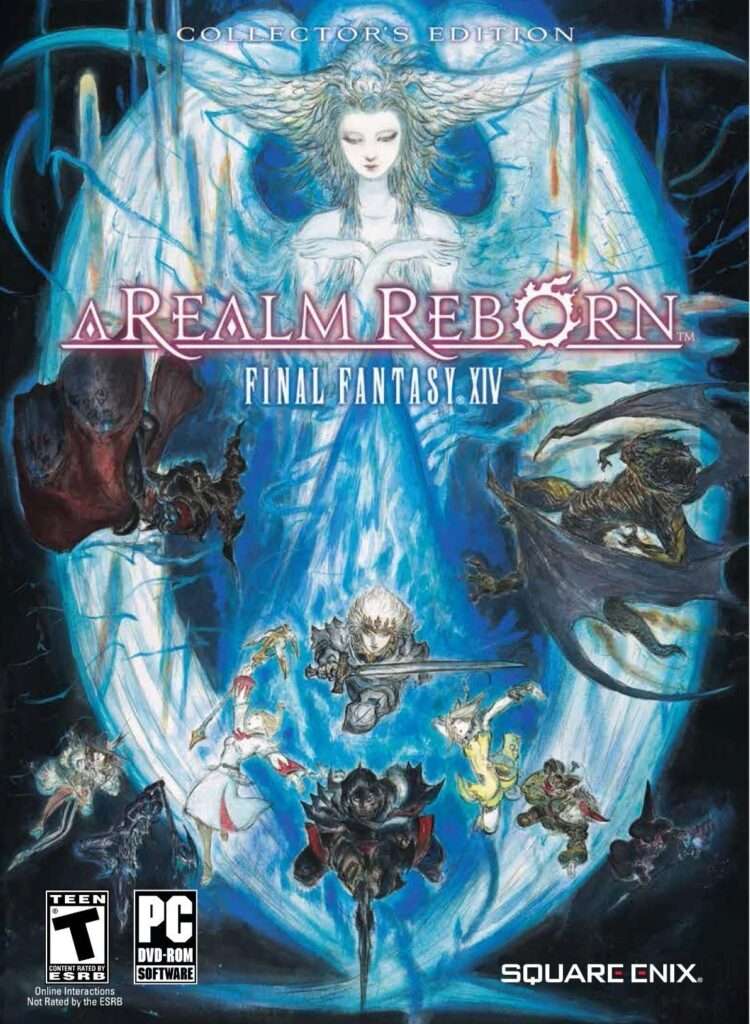 The original version of Final Fantasy XIV was taken offline on November 10, 2012.  Fans would have to wait until August of 2013 to get their hands on the new version of the game. The stakes were high. MMOs had failed before. But never had the company behind the game promised to completely remake and relaunch the title, all while keeping player data intact. To be honest, even I had doubts that SE would be able to pull it off.  They were promising the moon with this new version of Final Fantasy XIV. But as months went by, it slowly began to look like they just might be able to make good on their promise.

Eventually, the beta for Final Fantasy XIV 2.0 (now called A Realm Reborn) was available to play. Legacy players were able to take the first peek…. and it was glorious. From what little we were able to glimpse during the beta test, it seemed like SE was able to achieve their goal.

Upon the general release of A Realm Reborn, the interest in the game had reached an unexpected high. The servers were full of both old veterans and new curious players. The reviews for the game were shining and positive. SE had done the unthinkable. They are saved the sinking ship that was FFXIV and set it out to sail with the very best of the competition. 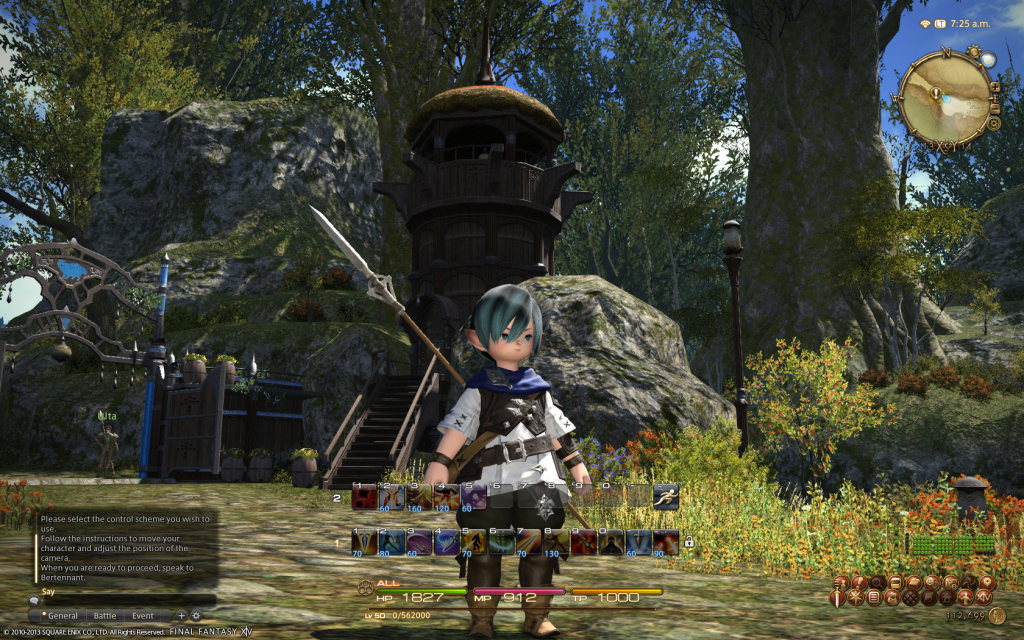 This version of the game, starts five years after the events that took place in Final Fantasy XIV 1.0. For legacy players, the story goes like this: During the climax of the final battle against the Empire, just as the terrible dragon Bahamut erupted from inside the red moon of Dalamud, the legacy players were teleported away from the impending destruction. They were sent through time to five years in the future. They find themselves in an Eorzea that has been radically changed, but one that has mostly recovered the Calamity of that day. The threat of the Empire still looms on the horizon, but now there are newer, more mysterious threats as well. This is the world in which both legacy and new players find themselves.

All of the original 1.x races and classes are available in A Realm Reborn. In fact, this time around players could even create female versions of Hyur Highlanders and Roegadyn. Male versions of the popular Miqo’te race are now also playable. Also new in this version is a new starting class: Arcanist. This can later evolve into one of two jobs: Summoner and Scholar.

As a returning player, I got to experience the original 2.0 story just a bit differently than new players. Some of my introductory cutscenes and dialogue were slightly different. I retained my levels, skills, and most of my items from 1.0. So several things that normally needed to be “unlocked” during the course of the main scenario were already available to me. I learned pretty quickly, that I’d be wasting experience points by playing through all the new content with my max level Dragoon. So, I switched to a class I never bothered to level in 1.0 and enjoyed the content from the ground up until I got my feet wet.  I founded a Free Company (guild) with several players that I knew from 1.0. Together, we plowed through the main scenario content together.

A Realm Reborn was a very different beast than the original FFXIV. Everything about the game seemed more polished and refined. Many of the unique features of FFXIV were still intact; the job system, levequests,  behest (now known as guildhests). But there were aspects from other popular MMOs brought in as well. The handling of sidequests was now much more like other MMO games. Instanced dungeons and an endgame raid was added, along with a “dutyfinder” to help reduce wait times while searching for players to team up with. There was a new “FATE” system (dynamic open world battles). The market system was revamped. The list goes on and on.  Personally, I found the new direction of the game to be everything I had hoped for.

As time went on, SE continued to consider player feedback and adjust/add new features. Each new major patch continued to expand the game greatly. New dungeons and raids were added. New boss battles, quests, storyline, even a new class/job combo was added to the game for free. A PVP system was put in place, player-owned housing was added as was a casino-style game area. In my opinion, SE had gone above and beyond to create a great game that would appeal to players of all types. Of course, among the game community, there’s always a vocal minority of players full of nonconstructive criticism (especially when it comes to the housing feature). But overall, I found most of the players to be satisfied and content with this new version of Final Fantasy XIV.

SE seems to have adopted a three-month content cycle. This means that approximately every three months there is a new patch that includes, along with the usual fixes and adjustments, new game content. All of the added features above (PVP, Casino, Rogue/Ninja, etc) were added during these content patches.

If I have one complaint about the game, it is not with the game itself but with a small chunk of the playerbase. Really, I guess in a small way, I can blame this on SE. But it’s not REALLY their fault.  You see, until the release of A Realm Reborn, both of SE’s MMOs had non-regional servers. US, European, and Asian players all shared the gameworlds. To me, this was a positive experience. I enjoyed playing with people from Japan or Australia. Generally speaking, Japanese gamers tend to play more my style: Slow and a calculated. They are not in a hurry and there is no real “race to the finish”. Whereas, a sizable chunk of US MMO players are often immature and in a rush. For the release of A Realm Reborn, SE decided to make regional servers (for the purpose of performance). Now, there was nothing stopping me from playing on a Japanese server. But since 95% of all English speaking players would choose a US-based server, communication would definitely be an issue. So the point of my contention is this: I was now pretty much forced to play only with other US players. This should not be an issue. Seriously. But I have a really hard time dealing with belligerence. Due to the popularity of the game, a whole new demographic of players had appeared. I began to see traits creeping into FFXIV, from other games that I had always managed to avoid: elitism, stat parsers, immature/mindless public chat. Seeing this in the game that I had come to love was disappointing to me. But, I guess it was a bit of a necessary evil. In truth, these days, you’re going get that kind of thing in any MMO. I make liberal use of the blacklist feature and move on.

Overall, A Realm Reborn managed to deliver on every level, at least for me. It didn’t manage to capture that “magic” that I found with my time in FFXI. But it comes close. If you ask me today, “what’s a good MMO to play?” My first answer will be: Final Fantasy XIV.

Final Fantasy XIV: A Realm Reborn is available on –  PC,  PS3 and PS4 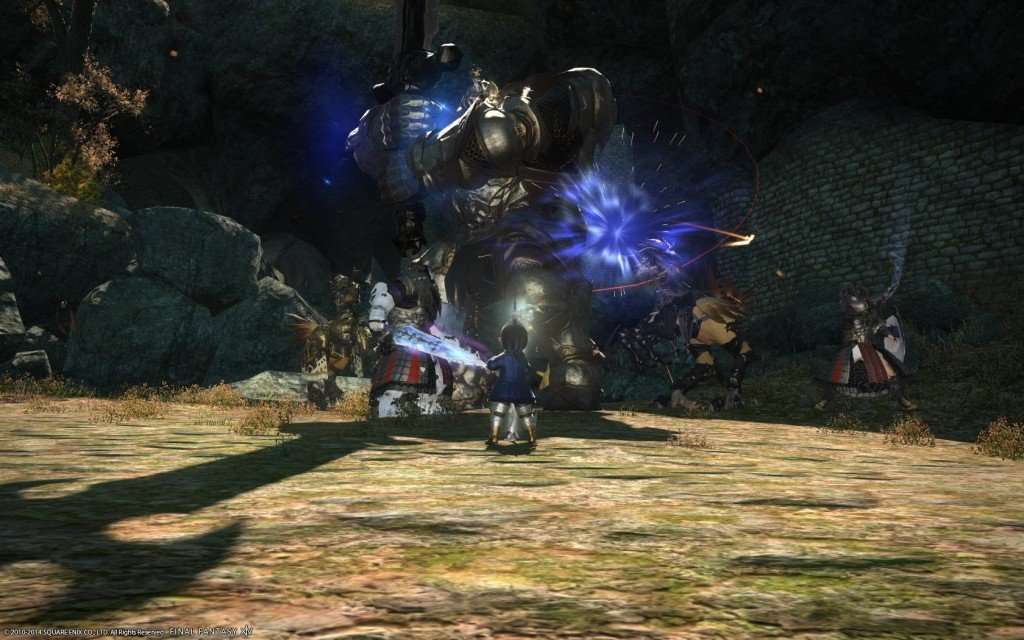