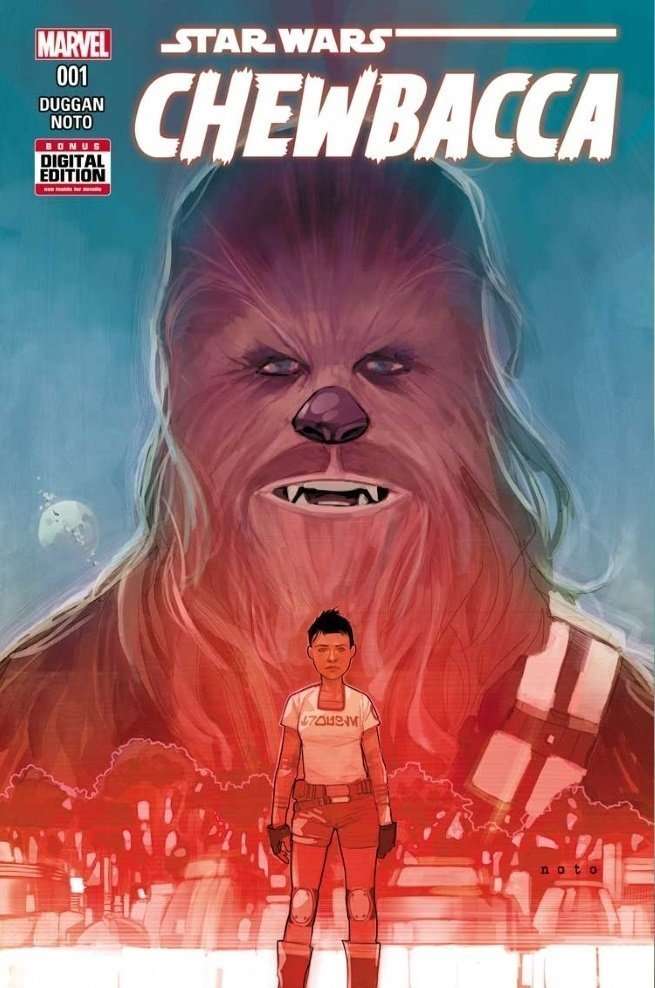 I know I’m a bit late on this post. But with the flurry of Star Wars posts coming to a head back in December, I thought it would be best to give things in the Star Wars universe a bit of breathing room. Happily, we’ve all had a few months to decompress, so I’m finally ready to share my thoughts on Marvel’s Chewbacca mini-series.

When this comic was announced, I wasn’t really sure what to expect. I like Chewbacca just as much as any other Star Wars fan, but it seems awfully difficult to center an entire five-part mini-series around the character. Then when I learned that Chewy’s dialogue would remain un-translated (when he roars, it literally just says “Roooaaaaar!”) – I began to wonder even harder how they would manage to pull this off.  —  It wasn’t pretty.

The story in this book takes place shortly after the events of Episode IV. It features Chewbacca running a solo errand when he gets caught up in an Imperial situation on a remote planet. Teaming up with a young local girl, Chewy puts in some pro-bono work by helping a group of citizens strike at their Imperial oppressors. The problem is, the story itself is only mildly interesting and the characters introduced in the book are forgettable at best.

I can’t say that this series is particularly bad. But, it really seems unimportant in the overall scheme of things. In a nutshell, it’s just not very interesting and the execution feels flawed. This might be the first real dud in the new Marvel Star Wars lineup. 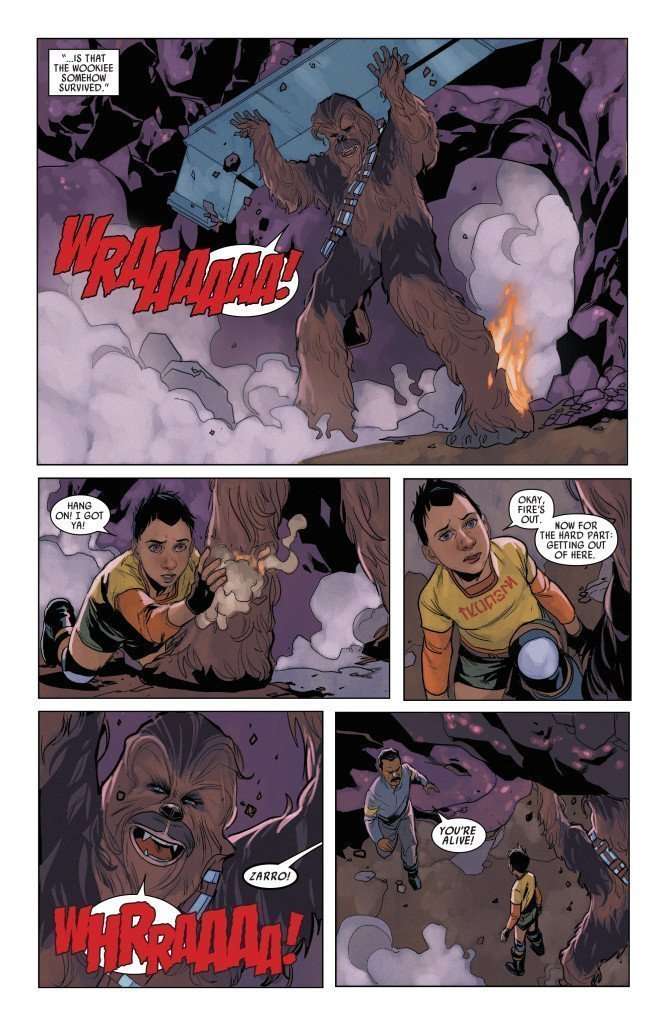 Artwork: Good. The art here is well done, but nothing spectacular.

Story: Besides a little bit of fan service in the final issue, there’s little here that I actually found interesting. The Empire is still evil and oppressive, Chewbacca’s actions reflect his good nature, etc. All things we’ve seen before. I would have liked to see Marvel take this opportunity to explore more about the Wookiee homeworld or reflect a bit on Chewbacca’s relationship with Han Solo instead of what seems like shoe-horning him into this brief adventure.

Recommended:  No. I can’t really recommend spending your money on this title unless you’re a hardcore Star Wars collector.

ICYMI: New Overwatch 2 players will have to play around 100 matches to unlock the original game's heroes. https://bit.ly/3ULVDcE

Naturally, there will be a catgirl version of our Optimus robot

The release of the Windows 11 2022 update was a bit of bad news for those using NVIDIA GPUs. As per users from Microsoft’s Community and Reddit, the installation of Windows 11 22H2 caused performance issues to their machines, especially in terms of

More than 40 minutes of footage from an early version of Diablo 4 has leaked online. https://bit.ly/3qQC59e

A Message from Rockstar Games