Sometimes it’s good to take a break from the normal and veer off on a tangent. So… I’m going to take a moment to review a game that’s occupied my time when I’ve not been grinding through Final Fantasy titles…  Punch Club.

Punch Club is a short, retro-sim boxing-tycoon style game. It originally landed on my radar due to it’s throwback-style graphics, but after spending just a little time with it, I was hooked on it’s unique blend of humor and overall gameplay. 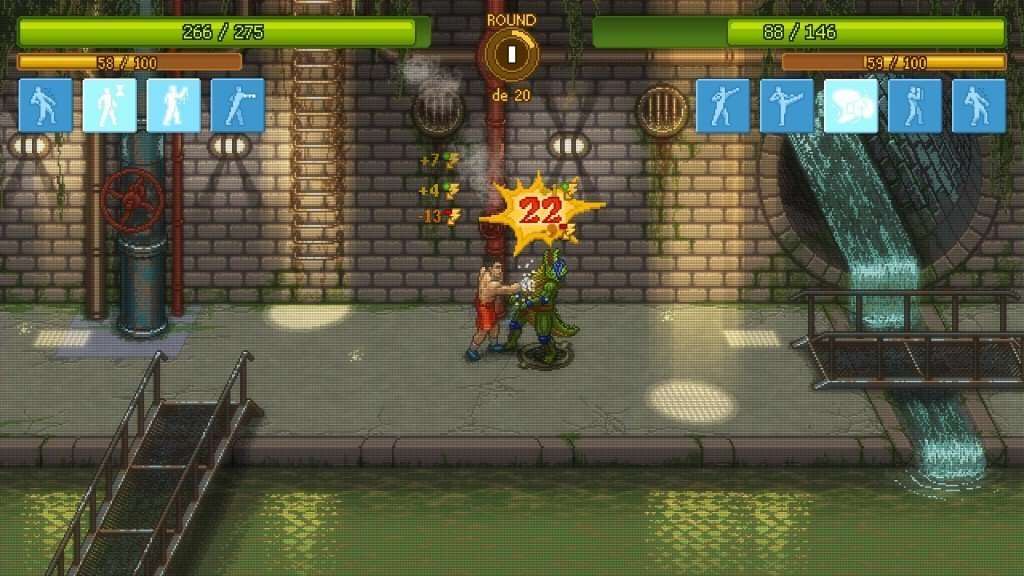 Punch Club is a game where you play as an up and coming boxer. As a child, your father was mysteriously murdered and you’ve made it your goal to uncover the identity of the killer – how so? By working hard, and kicking ass. As the game progresses, the storyline can branch in a few different directions, but the ultimate goal is always to climb the ranks in the boxing underworld with the intention of ultimately uncovering those behind the death of your father.

The game itself is chock full of hilarious 80’s & 90’s pop culture references. These range from video game to action movie references. Everything from the game’s retro 16-bit look, to it’s chiptune soundtrack are pumped with a health dose of nostalgia.

As far as gameplay goes, it’s pretty basic. Your character has three main stats that he can improve to unlock new moves and abilities. These are improved by training (working out). The only problem is, your character gets hungry and tired. So, you do have to stop working long enough to eat and sleep. Of course, eating requires food… which requires money. So… you have to work as well. All of this cuts in to your training time. So the whole game is really a big balancing act. Work enough to earn money to eat – so that you have the energy to train – so that you can win fights. All the while, the in-game calendar ticks by. If you don’t workout frequently enough, you slowly grow weaker. 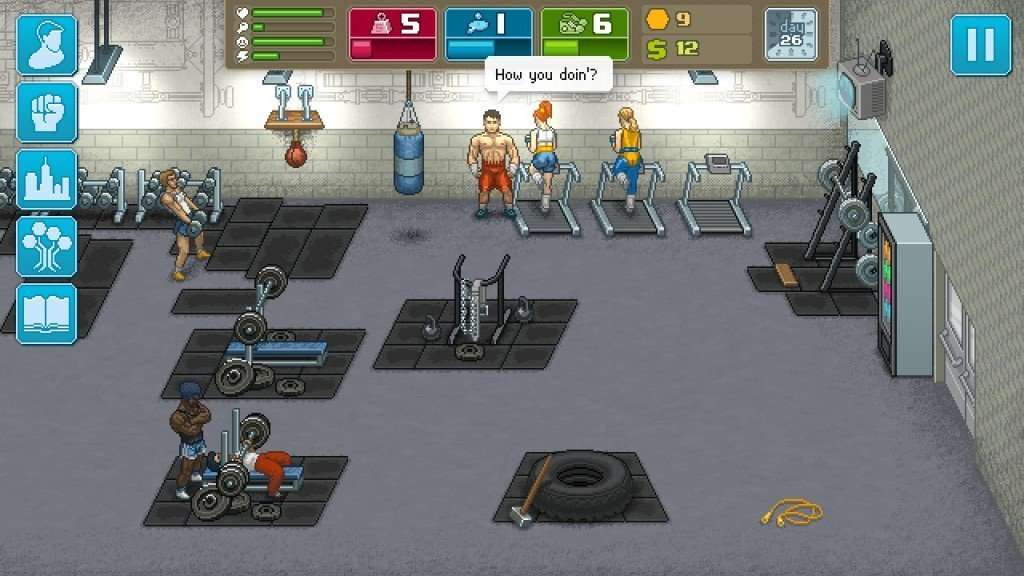 So what we really have here is a stat-based time-management game of sorts, with a very entertaining storyline. To be honest, there’s A LOT of grind to be found in this game, and it’s far from perfect. But the entertaining storyline motivated me enough to keep my attention. I just wish there was a way to speed up the clock during some of these monotonous activities. Being able skip through repetitive workouts would be a godsend.

The game itself is fairly inexpensive. Currently, it’s available on Steam for under $7.00. A new “expansion” was just released that adds a few new story-based activities to the main game. Plus, the development community seems pretty active and the game itself is patched frequently.

Punch Club is not the type of game I usually play, but it was unique enough to grab my attention and good enough to keep it for the long haul. 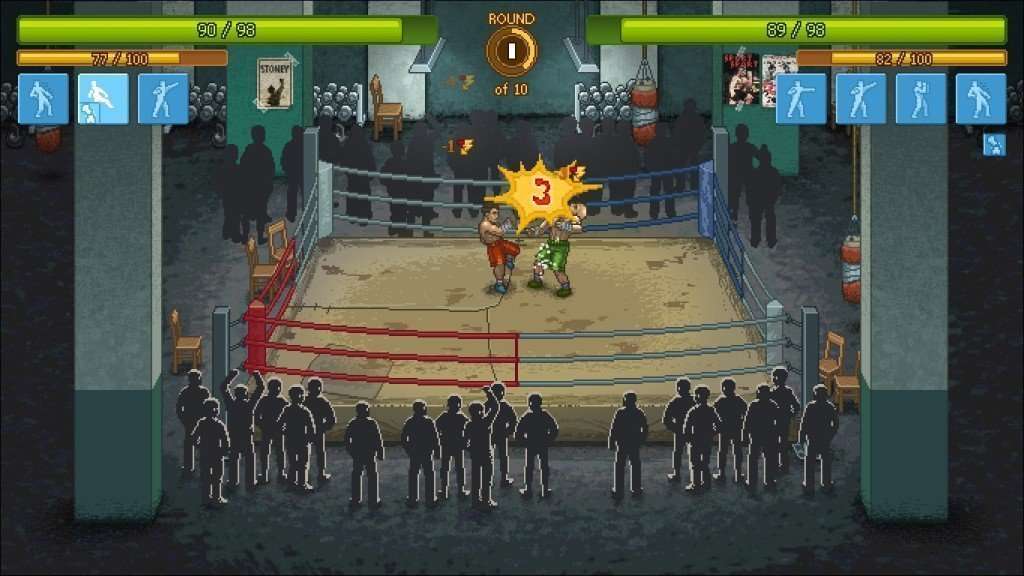 Difficulty: Average –  This game can be a little tough to master at first. Patience is the key. There’s quite a bit of grind involved in this game, but it’s not as bad now as it was when it was first released. Upon completion of the game, you unlock Hardcore Mode – this ramps up the difficulty considerably.

Story: The story in the game is comical and filled with purposeful cliche’s. It’s not meant to be taken seriously. With that in mind, it’s quite good and very entertaining.

Originality: Punch Club takes a lot of ideas that have been seen before and rolls them into one really fun and unique title. It’s the presentation that makes this game feel new and original.

Soundtrack: The soundtrack in this game consists of old retro-era chiptunes and they are wonderful. The music in the game is catchy and very well done.

Fun: This game is very grindy. That can be a turn off to a lot of people, so be warned. But despite this one complaint, I found the game to be quite enjoyable overall.

Graphics: This title has a 16-bit look and feel. This is done purposefully, and can even be enhanced by enabling a simulated “tube television” effect. There’s certainly nothing new and groundbreaking here when it comes to graphics. But, considering the intentions behind the game, it works very well.


Playcontrol: This game can be played entirely with a mouse on the PC (touchscreen for the mobile version), no issues whatsoever with playcontrol.

Downloadable Content: Free periodic updates. So far, one update “The Dark Fist” has been released. This added a new playable side quest to the main scenario. Note: this update requires you to start a new game to experience the content.

Overall score (1-100): 80 – This game is a refreshing option in a market that often takes itself too seriously. Punch Club is unapologetic entertainment, pure and simple. I recommend this game to anyone who enjoys retro gaming, pop-culture, or just looking for something new.