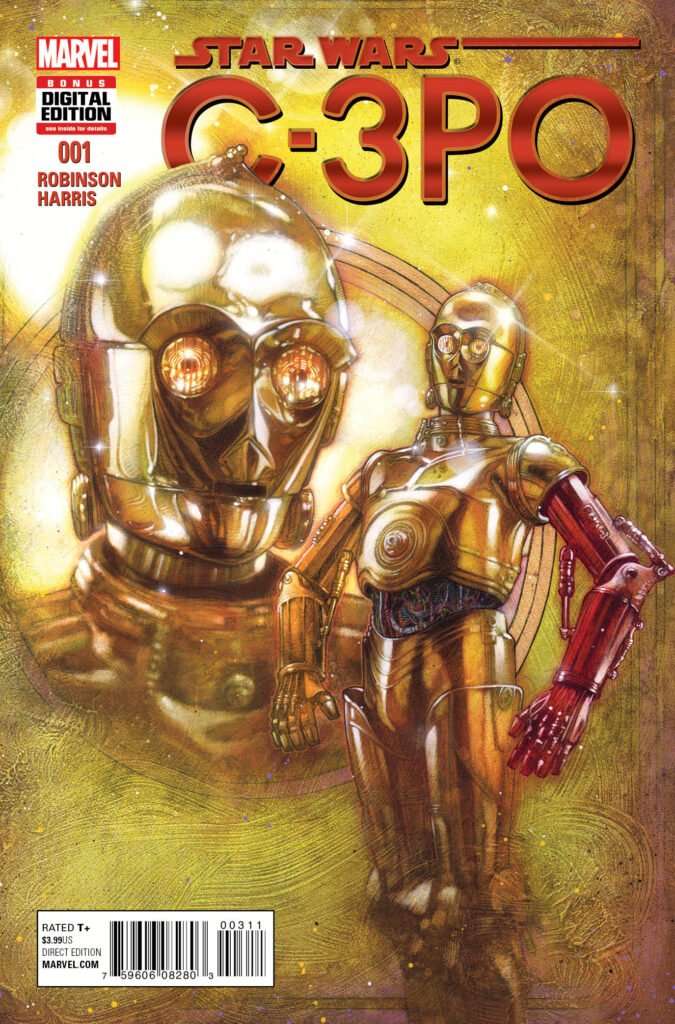 So unless you’ve been living under a rock, you probably know that there was a new Star Wars movie recently. In this film, we see one of our favorite robotic Star Wars characters, C3PO, sporting a strange looking red arm. The arm is mentioned in the film as a bit of a side note, but no explanation was given regarding its origins… until now.

Marvel has produced a one-shot C3PO comic book that provides a bit of backstory on the mysterious origins of the scarlet appendage. The books is fairly short, and is centered upon a scenario in which C3PO and a number of other droids embark on a bit of an adventure. I don’t want to say much more or I risk giving away a bit of the story. But I will tell you that there’s actually a lot more insight into the inner workings of droids provided here than one might expect. I found the story to be both entertaining and touching.

So if you were on the fence, wondering just how entertaining a comic featuring a handful or robots might be, you can place your fears to rest. This comic is surprisingly well done. 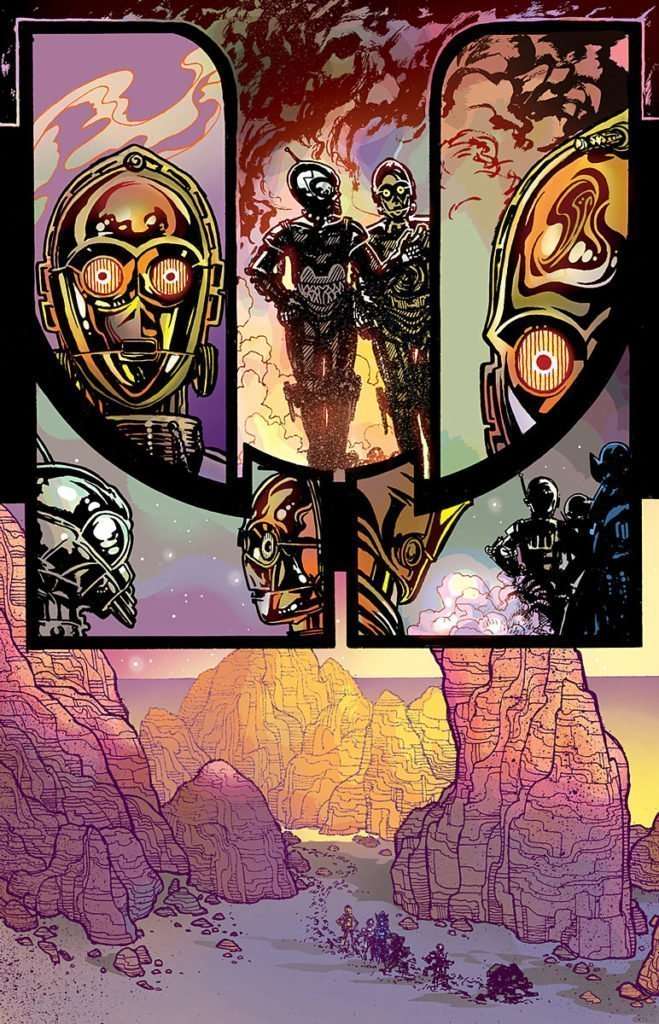 Artwork: The art in this book has a dark and gritty feel to it, which seemed a bit off to me. But, it is well done.

Story: Set shortly before the events of EP VII, this story focuses on the working relationship between droids, and serves as an explanation for C3POs strange red arm.

Recommended:  Yes. For $4.00, this book is worth the price. There’s really nothing groundbreaking here, so I can’t really call it a must-read. But fans should find something enjoyable here.