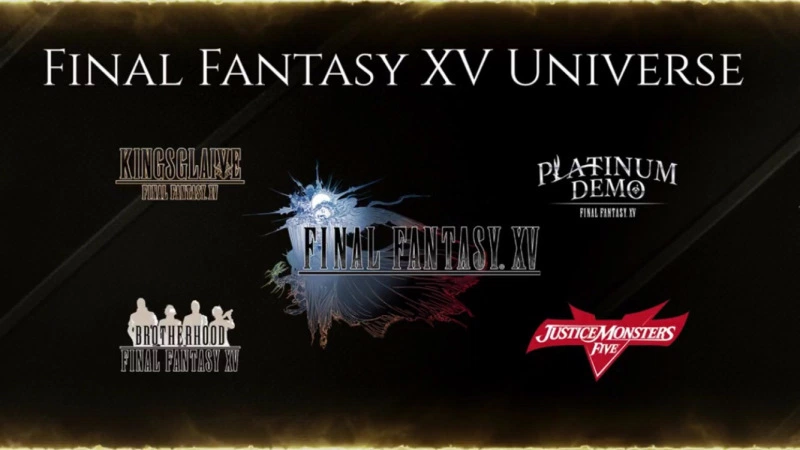 I know I’m a few weeks late on this post, but considering I recently completed my Final Fantasy main series playthrough, I did want to make a mention of it on the site nonetheless. Recently, Square Enix announced a release date for the upcoming Final Fantasy XV and also outlined other titles in the universe. I’ll take a moment to go over each of these here.

First off, Final Fantasy XV itself. This is the big game that everyone is waiting for. SE has admitted that they are banking everything on this one title. They understand that recent offerings in the series have drifted away from what fans wanted. While the Final Fantasy XIII series offered pretty good games in their own right, the universe largely just doesn’t feel like “Final Fantasy” anymore. SE hopes to rectify this with Final Fantasy XV. Also, they hope to lure in gamers that are new to the series. Final Fantasy XV will be released on September 30, 2016 for the Playstation 4 and Xbox One.  The game will be available in standard, deluxe and a pricey “limited collector’s edition”.

For gamers anxious to get a sneak peek of the game, the “Platinum Demo” is available now. The demo is about 30 minutes in length from start to finish and features a storyline separate from the retail game itself. So, in many ways, this can be considered the first entry in the XV universe. The main point of the demo is to show off the new battle system. Players that manage to complete the demo will unlock an in-game summon for the final retail game. So if you’re a fan, it’s very worth your time to download and explore this demo.

Next up, we have a feature-length CG film: Final Fantasy XV: Kingsglaive. This movie will feature a story related to, but separate from the actual game itself. Blu-Ray copies of the film will be available in the deluxe and collector’s editions of the game.

SE also announced a five-part anime series; “Final Fantasy XV Brotherhood“. This episodic series will serve as an introduction to the characters and events of the game. The complete series will be included with the collectors edition, but each episode will be made available for free online. In fact, you can watch the first episode now using the link below:

Episode One: Before the Storm

Finally, SE also announced a mobile tie-in game:  “Justice Monsters V“. This is a mini pinball type game featured in Final Fantasy XV itself, but a replica will also available to players to enjoy on iPhone, Windows and Android devices. At the time of this writing, the game has not yet been released, but is expected within the next few days. Upon it’s release, I will be sure to offer a short review.

The available editions of the game are outlined in the promotional graphics below. All three editions are available on both PS4 and Xbox One. 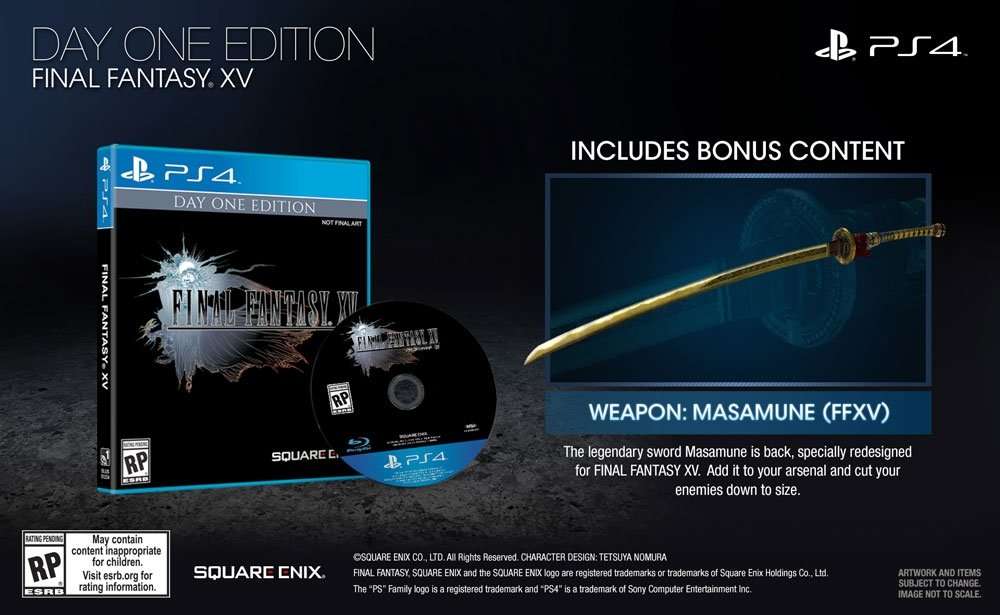 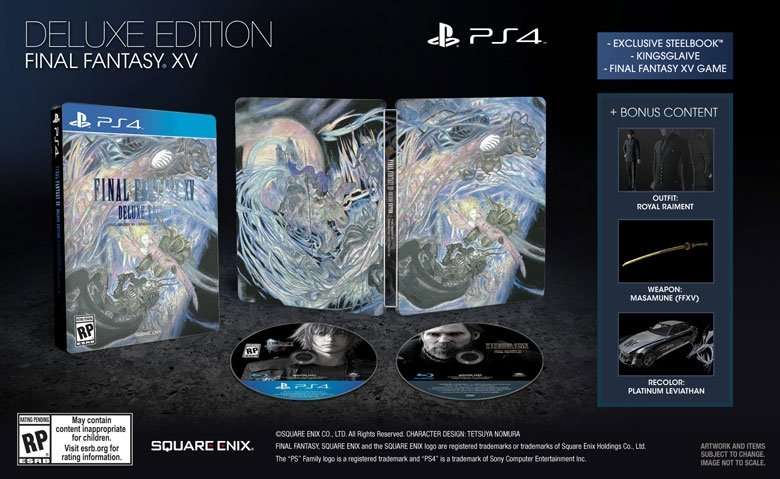 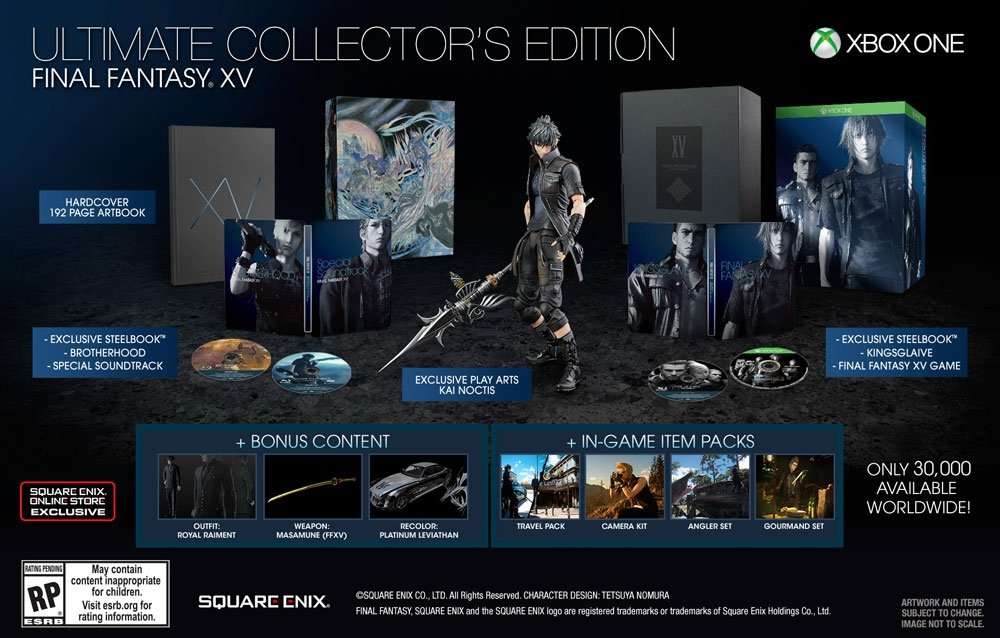