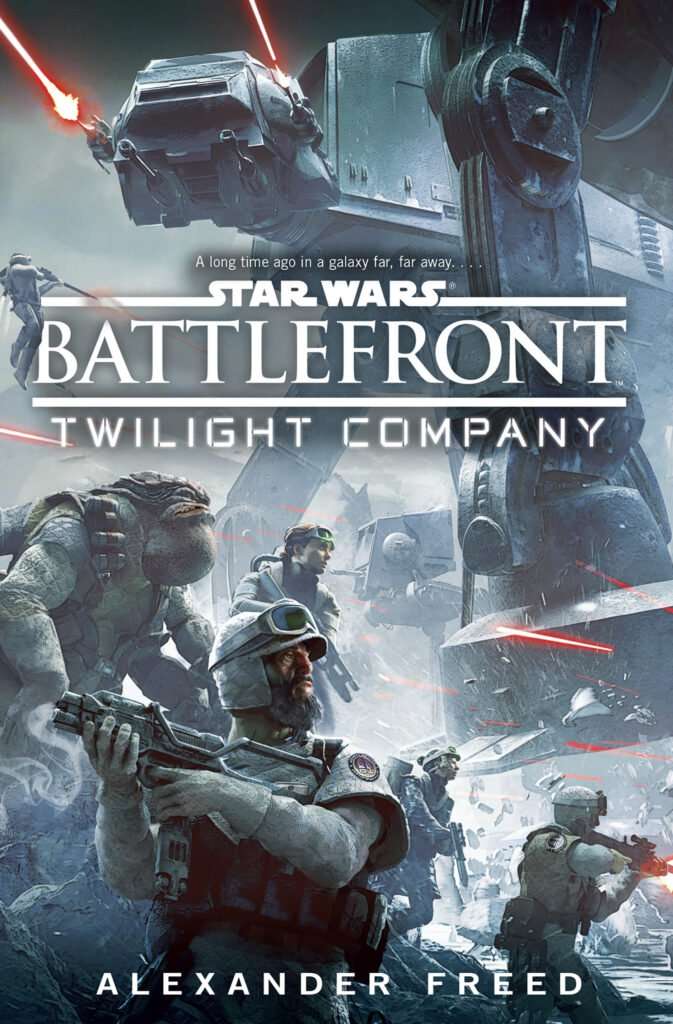 I know I’ve been slacking in my Star Wars canon reviews lately. I’ve been reading, but not posting. That means this entry for Battlefront: Twilight Company is a little behind schedule. – Sorry.

What we have here is an interesting entry into the new Star Wars line-up. Battlefront: Twilight Company is a novel intended to tie-in with the Star Wars Battlefront video game. But in reality, has little to do with the game itself. Instead, we have what is essentially a war novel that goes behind the scenes of many of the battles we’ve seen in the Star Wars series. Now, that’s not a bad thing at all. But to me, the way the story is presented didn’t really have that “Star Wars” feel. I felt like the guts of the story could have easily been inserted into any war of the author’s choosing with little work.

The book follows a number of rebel grunt-soldiers during various battles in the war against the Empire. The action is fast paced, and the dark and gritty presentation is very well done. But there’s really nothing in the novel that makes it required reading for casual fan. In my opinion, this novel would be best enjoyed by fans of other war novels and the hardcore Star Wars fanbase.

Story: The book is well written, albeit a little confusing at times. The characters are interesting, but plentiful. Almost to the point of detracting from the plot.

Recommended:  FOR HARDCORE FANS. – Again, this is a sci-fi war novel first, a subplot to Star Wars second. If you’re on the fence, this is certainly a skip-able entry in the new canon, but don’t misunderstand – the story is certainly enjoyable.