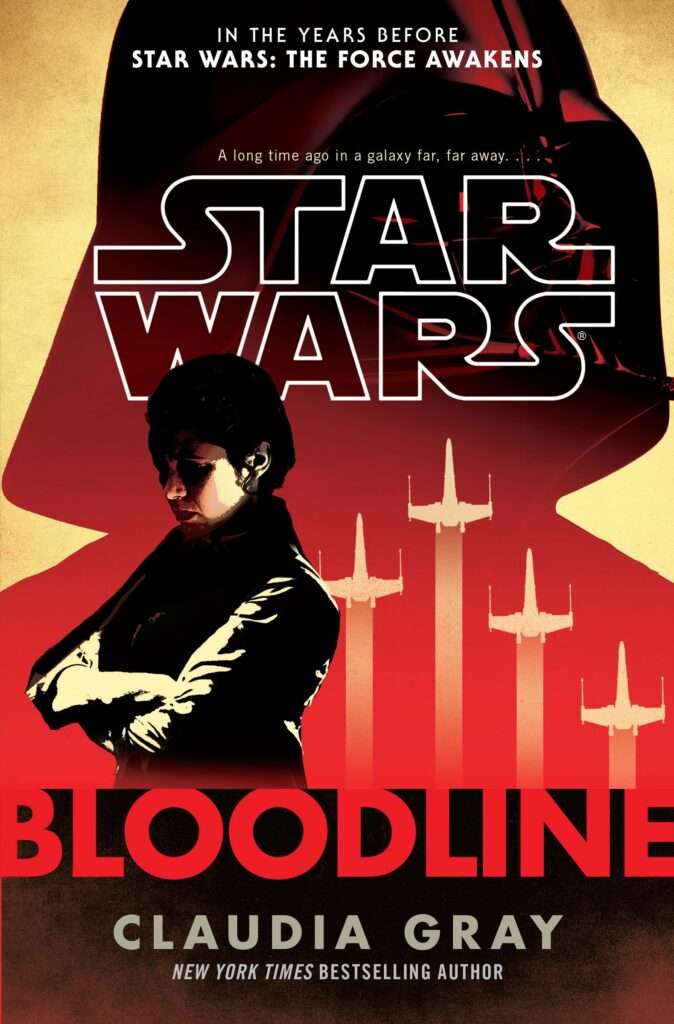 As you know, I’m a huge fan of anything Star Wars. I have been since I was a little boy. So far, since the streamlining of the Star Wars universe under the guidance of Disney I’ve been sure to share my thoughts on each new piece of Star Wars lore as it becomes available. Today, I give you my opinion on Bloodline by Claudia Gray.

Claudia Gray is probably best known to Star Wars fans for her novel Lost Stars, an interesting Romeo & Juliet type story that starts in early days of the Empire, and follows a forbidden romance between an Imperial officer and a rebel soldier all the way through the fall of Empire. Now Claudia is back with a new tale that place in years before Episode VII.

Bloodline is largely a political thriller. The story follows Princess Leia as she tries to juggle her duties in the New Republic, while uncovering a secret plot that threatens to bring down the new government that she has spent her life fighting to establish.

For many, this book might be a little hard to digest. There’s quite a bit of lengthy material here regarding the “inside politics” of the New Republic. So some may find a large bit of the book about as exciting as reading a social studies text book. But, personally, I’m a big follower of politics – so this didn’t bother me at all. There’s a lot of backstory to Episode VII here. So fans who are curious about the lead up to the film may want to take the time to give this book a read. – I’d like to say more, but to do so would risk spoiling a large part of the plot. So I’ll refrain. But trust me, fans of the Original Trilogy and of The Force Awakens – this is a book I think you may not want to skip. Mentions of Han Solo, Luke and even Ben Solo are littered throughout the novel. Giving fans a glimpse into the years before The Force Awakens.

Story: Very well written. Fast read, but a bit heavy on the inner-workings of Galactic politics.