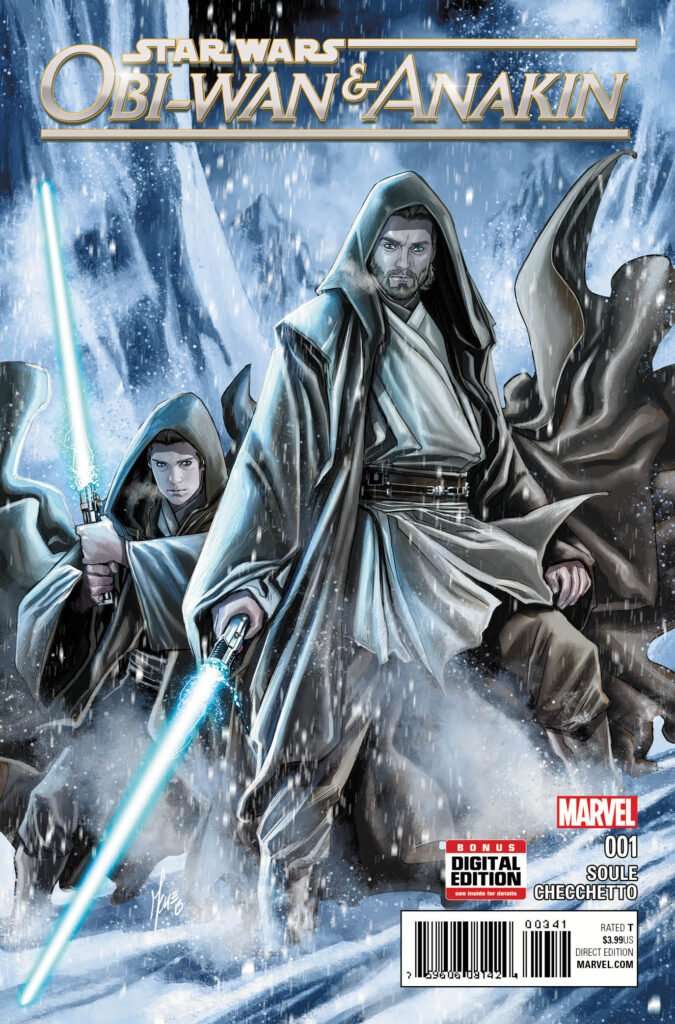 A little late with this review, so I apologize. But here are my thoughts on the Marvel Comics: Obi-Wan and Anakin mini-series. This was a five-issue event that ran from January to May of this year. The story focuses on an adventure shared between both Anakin and Obi-Wan Kenobi and is set during the early days of Anakin’s apprenticeship.

In the story, our heroes find themselves stranded on an alien planet in the midst of a civil war between two semi-primitive factions. Anakin and Obi-Wan must work together to unite the warring groups and secure their escape.

Hidden amidst the main plot, are some very interesting glimpses into the nature of Obi-Wan’s relationship with Anakin in the early days of his training. It also sheds some light on the origins of Anakin’s relationship with Palpatine, a subject that is a huge fascination with many fans. Despite what initially appears to be a fairly generic storyline, Marvel did a fine job weaving in details that hardcore fans will be eager to soak up. 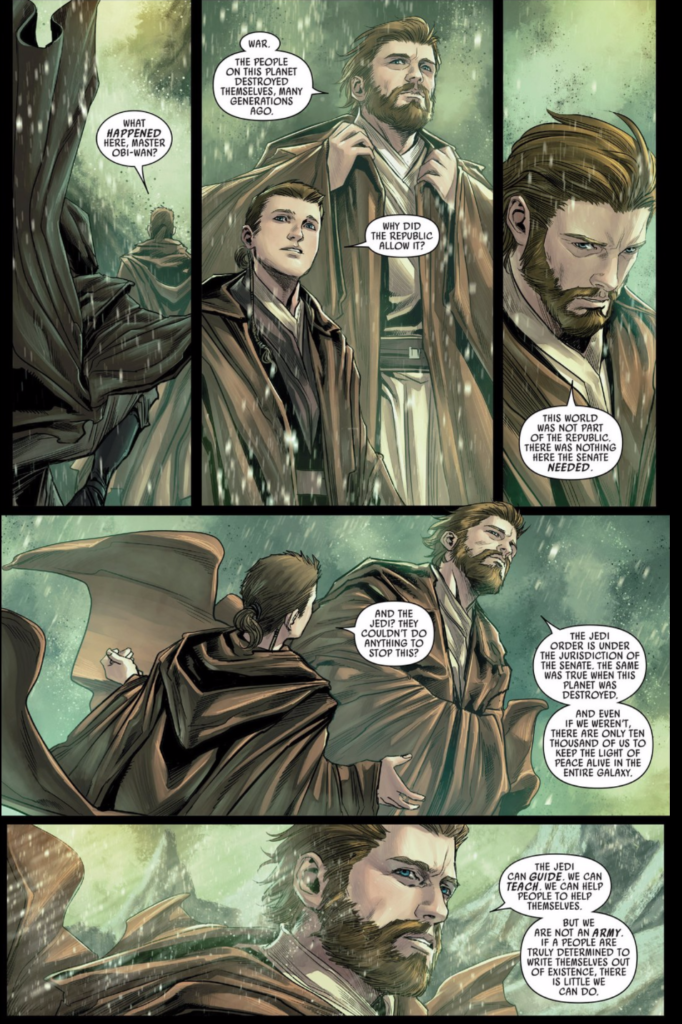 Artwork: This book has a very modern art style. Similar to that of the main Star Wars series. Crisp and clean with good use of color.

Story: Set between Episodes I and II, that’s a surprising amount of information packed into this series. Hints are given into Obi-Wan’s private thoughts on the state of the Jedi Order and well as a surprising reveal regarding Anakin’s intentions in the early days of this training.

Recommended:  Yes. This is a great mini-series and a prime example of the new canon done right. Fans of the prequel trilogy will really enjoy this title, but in truth is appeals to nearly any Star Wars fan.