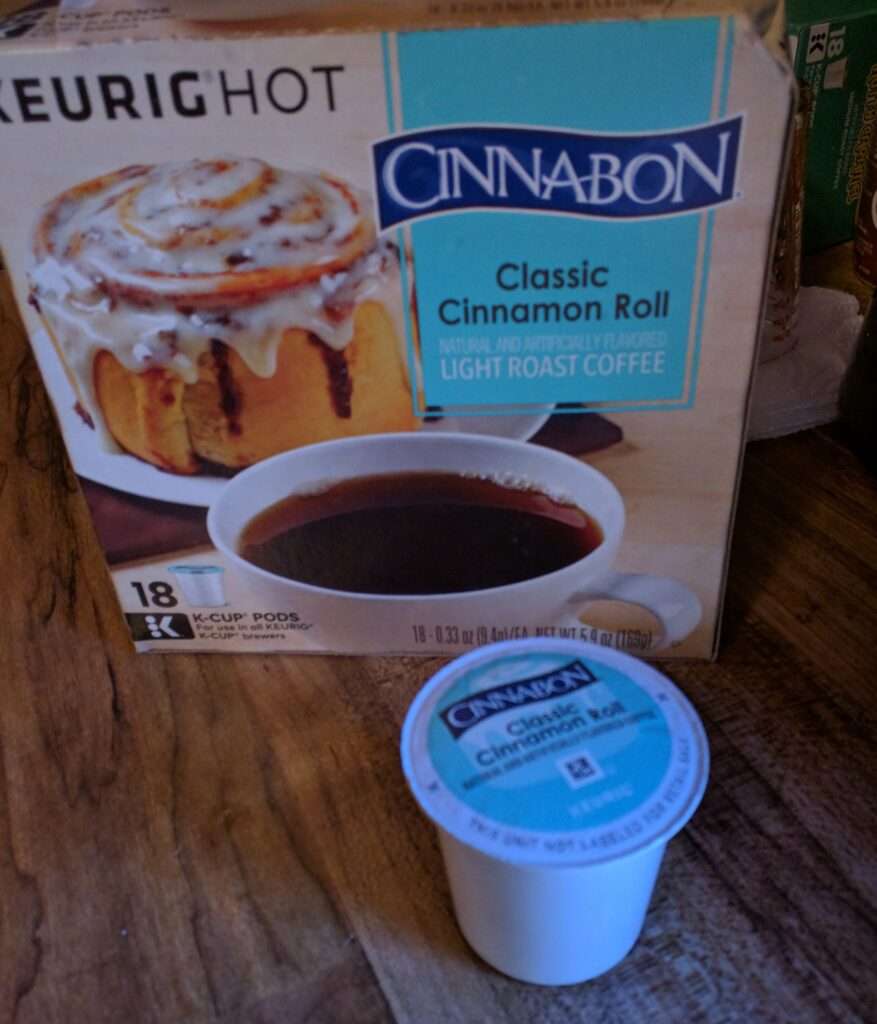 For this Nerd Fuel entry, I decided to take the plunge into the world of flavored coffees. I should preface this by saying, that as a general rule, I’m not a big fan of flavored coffee grind/beans. If I want to enjoy a flavored coffee I typically prefer to use a flavored creamer or syrup. But many people swear by them, so I decided to bite the bullet and give it a go. For my first foray into flavored K-cups, I decided to go with something subtle. So when I was browsing the isle at my local grocery store, I knew as soon as I laid eyes on the Cinnabon logo – this was going to be my pick.

I have to admit, I was quite impressed with this coffee. As soon as it started brewing the warm sweet scent of Cinnabon filled the kitchen. Now, I like cinnamon rolls, and there’s just something about the “Cinnabon” brand flavor that is unique. It has a distinct smell and flavor, and this scent was very apparent during the brewing stage. The pleasing cinnamon smell lingers well into the cup itself.

So how does it taste? Well, I admit that I was pleasantly surprised. For a light coffee there was a shocking amount of flavor – and not all of it artificial cinnamon either. The coffee itself is very well represented, and pleasing in it’s own right. The cinnamon flavor did not at all taste artificial. This a very drinkable coffee. It would be perfect for chilly Winter mornings/evenings. In fact, I was so impressed with this coffee that I might have to reconsider my stance on flavored grinds. I highly recommend this one. It’s earned it’s place as a favorite in my household.

Would Buy Again?:  Yes. Without question, this is a pleasant enjoyable cop of coffee.  Quality product.