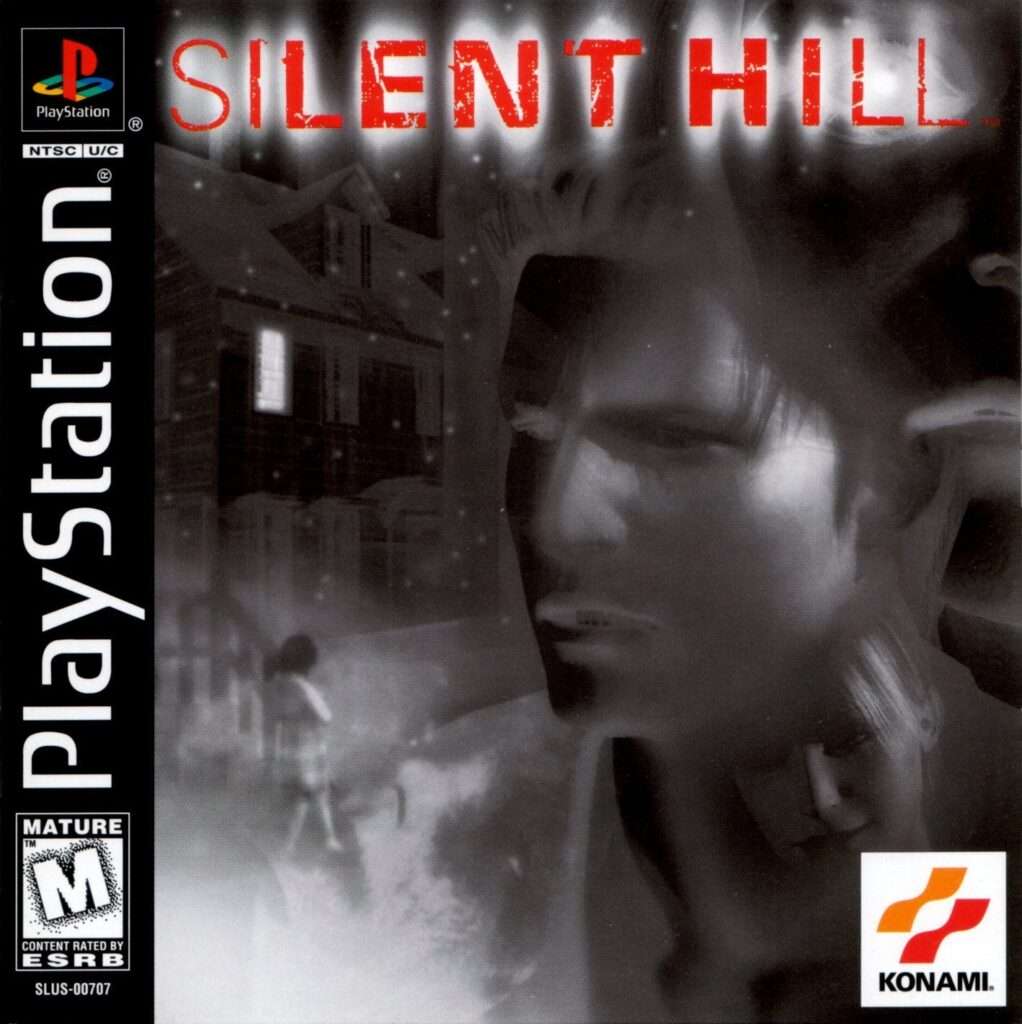 Happy Halloween! I’m keeping with my tradition and reviewing a spooky game for the month of October. It’s always my goal to try to do as many as possible but sometimes due to work and other schedule demands, I’m not always able to accommodate more than one title. But fear not! With so many PS-era titles to choose from, I’m going to keep the horror game reviews coming into the month of November.

For my actual Halloween review, I played through the PS1 classic, Silent Hill. This is a title that I bought many years ago when I first purchased my PS2, but no sooner did I acquire it, I found myself as a new parent and in the middle of a hectic move. As a result, the game sat on my shelf. Well, I’ve finally dusted it off and played it from start to finish. I’m here to share my thoughts on this legendary title.

If I had to classify it, Silent Hill is a survival-horror game. But in truth, it’s also very much a mystery game. In Silent Hill, you play the character of Harry Mason. The game begins when Harry and his daughter Cheryl arrive in the small resort town of Silent Hill for vacation. Their trip takes an unexpected turn when Harry veers from the road to avoid striking a woman with his car. Harry wakes up to find himself in his wrecked car with Cheryl nowhere in sight.  The game involves Harry searching for his missing daughter in the mysterious ghost town of Silent Hill. It doesn’t take long to realize that things in Silent Hill are very far from normal. 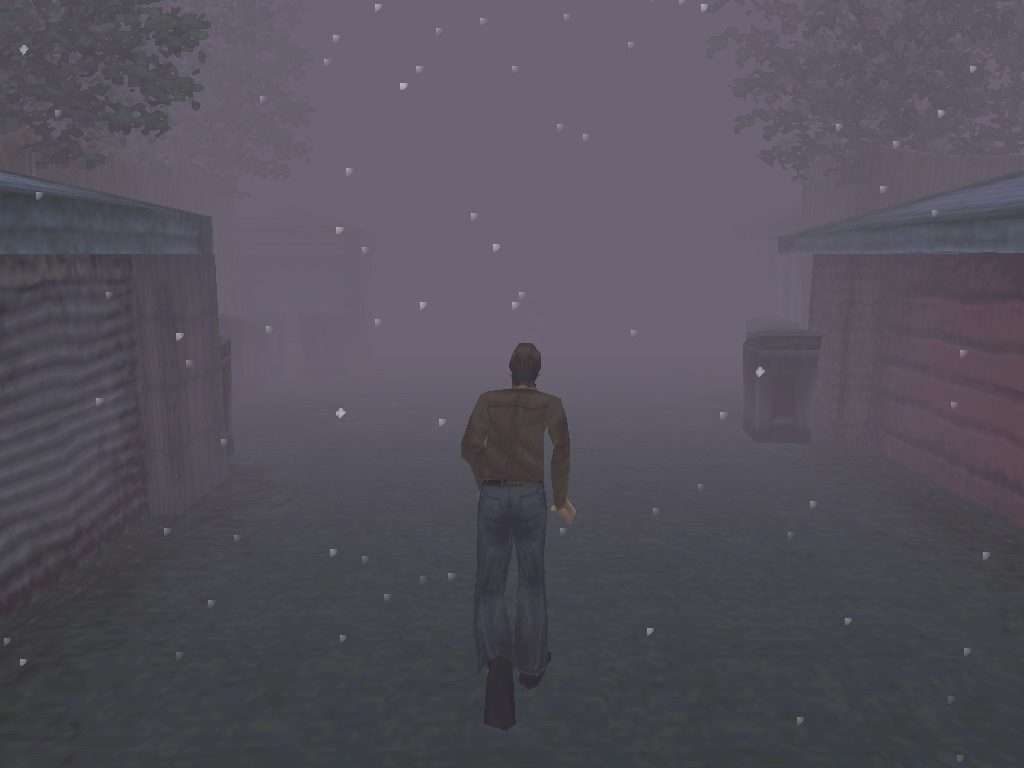 Something strange is afoot in the small town of Silent Hill. A thick fog descends over the town, as does an endless flurry of snow. The town is largely abandoned with the exception of horrific creatures and few other survivors that you will encounter along the way. As if that isn’t frightening enough, as you play you’ll find yourself phasing in an out of a strange mirror dimension filled with even more horrific sights.

The game is very atmospheric. The creepy foggy or dim-light areas work well to build tension with the player. As does the camera angle and ambient sounds. You see, Silent Hill is a third-person game but unlike many, it does not feature a user-controlled camera. Instead, the game relies on an automatic camera that will adjust itself as needed, but often works to a dramatic effect.  The soundtrack in the game is dynamic with creepy music that fades in rarely, but at very appropriate times. For the most part, there is very little music in the game. The game instead relies on ambient sounds to invoke fear. For example, Harry carries a pocket radio with him that emits static whenever there is danger near. You may be walking along fat, dumb and happy when suddenly the radio kicks it – causing you to draw your weapon and proceed with caution.

I’ve read that the real reason for the fog and low lighting was to lessen the memory burden for the game. At the time this game was released, 3D titles on the console were still in their infancy and rendering them could bring consoles to their knees. So developers often relied on little tricks to try to limit draw distances, etc. But whatever the reason, it works very well here. In fact, the thick fog has become one of the game’s most memorable features.

Silent Hill takes players through some classic creepy environments; An abandoned school, a hospital, and even the city sewers. Playing the game is a bit akin to watching and episode of Ghost Adventures, but with an interactive element. 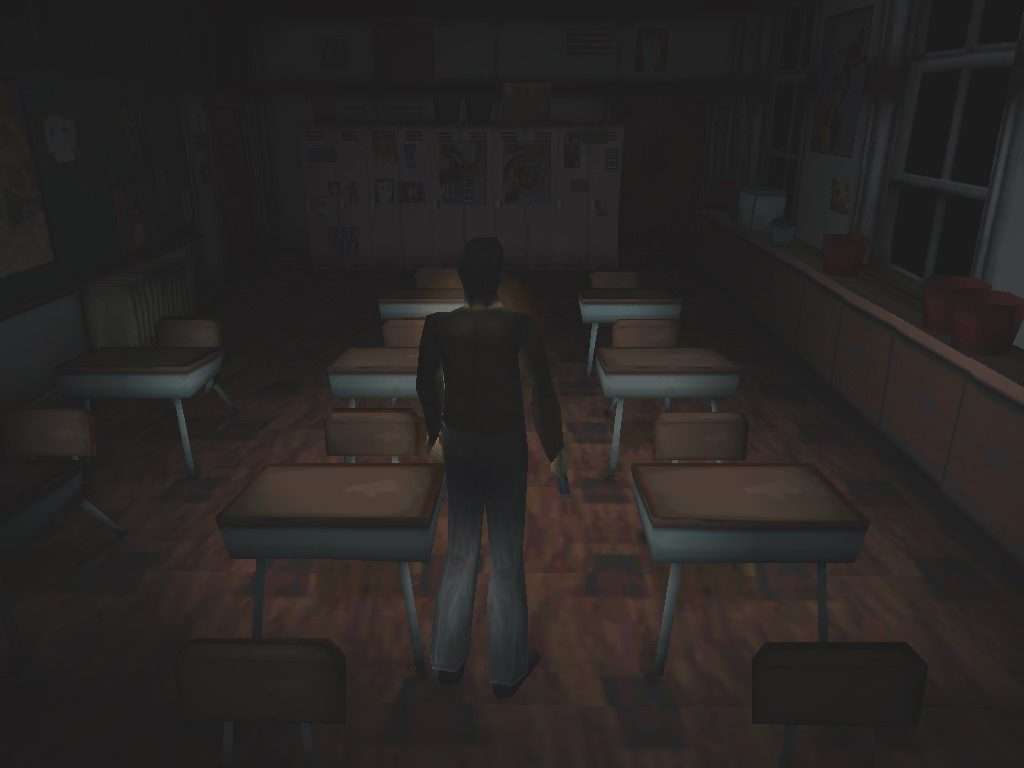 What’s also great about the game is the strange and unusual story. What starts out as a simple plot device (find your missing daughter), but soon unravels into a dark and complex tale. Players who are willing to take their time and explore the city and read all of the clues presented to them will certainly get more out of the game than those that try to speed through it. Aside from exploration, the game does feature a few puzzles and riddles that players must solve to proceed.

All in all, I found Silent Hill to be the perfect game to play on a late October night with the lights off. 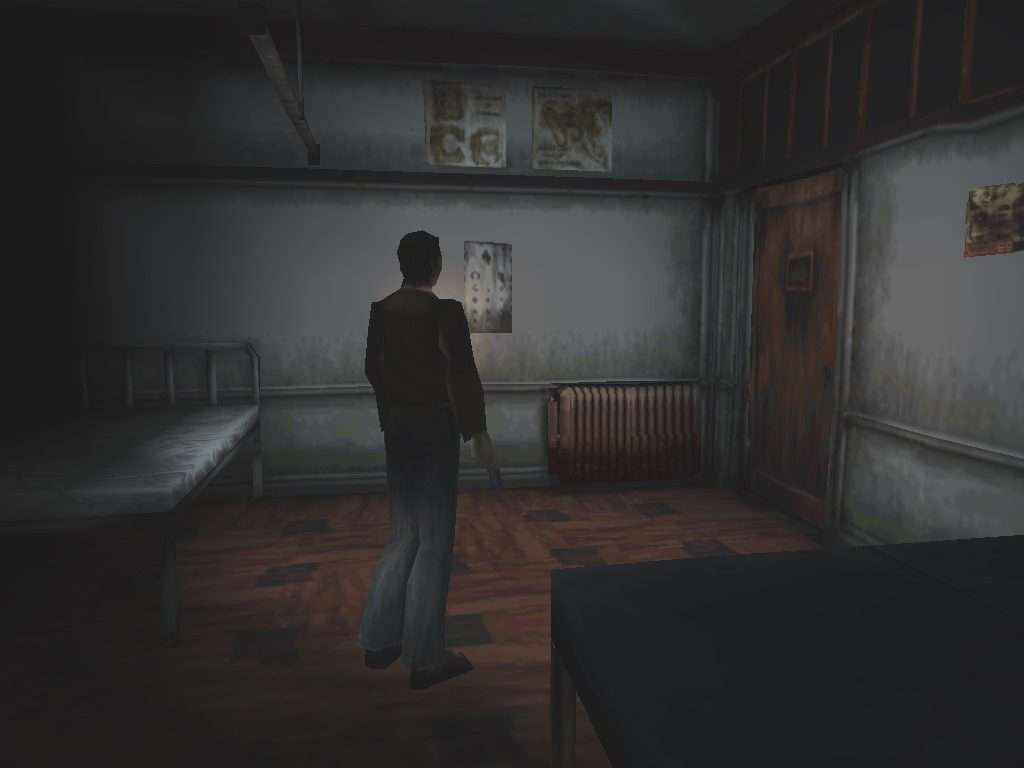 Difficulty: Variable –  Silent Hill offers three levels of difficulty. I experimented with all three and found them to be quite appropriate. For most players, I would recommend the middle setting. But for those players who are veteran survival horror gamers, the more difficult setting may be more your speed.

Story: The set up for the game is simple, but as you play and uncover the backstory of Silent Hill things do tend to get muddled and a bit confusing. The backstory is very cerebral and can be a bit difficult to follow if you’re not paying attention. The game itself has multiple endings depending on certain actions taken in the game.

Originality: Released in 1999, the game is certainly not the first in the Survival Horror genre. But I chose it for my playthrough due to the psychological elements that it leans on. Up to this point, most other horror games relied on jump scares and gory imagery to frighten players. While there are bits of both in Silent Hill, the majority of “scary” atmosphere found in this game is in the mind of the player – put in place by the wonderful visual and auditory elements by the game’s designers.

Soundtrack: Aside the intro and ending music, there’s little in terms of an actual musical soundtrack. The game instead relies on ambient thumps, creaks, moans, and of course the ever trusty radio static to scare the living daylights out of players.

Fun: If you like spooky/horror games, this is a classic. As far as games go, it’s a bit slow-paced. This is fine with me, but I can imagine that some players may find it boring. It’s certainly a game designed for a specific audience, but to those target players it’s going to be very appealing.

Graphics: For it’s time, Silent Hill was top of the line. It features a mix of pre-rendered video with blocky 3D textures. By today’s standards, it’s certainly dated and aged. But at the time of release, this was as good as it got for consoles.


Playcontrol: The controls are a bit stiff and clunky. As mentioned in the review, there’s no manual camera control. So it takes a few minutes to get the hang of things. You soon learn how to rotate the character, instead of the camera – before moving in the desired direction. By today’s standards, the playcontrol does seem antiquated and slightly inefficient.


Value:  These days, Silent Hill is available on PSN for about $6.00. For this price, the game is a steal.

Overall score (1-100): 85 – If you’re a fan of survival horror or even mystery games, Silent Hill is a must-play. I can’t believe I waited so long to play this classic title. Aside from some minor frustration with the play control, I found this to be the perfect title for a spooky, late-night playthrough.