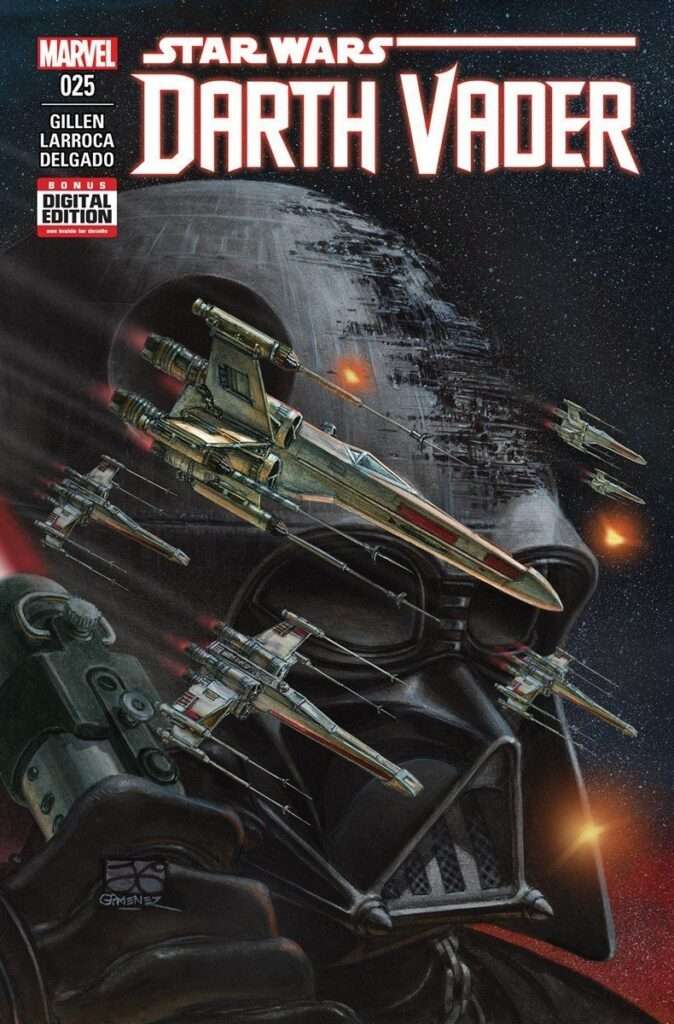 I’m lagging a bit behind in my Star Wars comic book reviews. But fear not! I will catch up soon with my thoughts on the Poe Dameron and Han Solo comic. I plan to do so before the release of Rogue One next month, But first, I want to discuss the final issue of Marvel’s Darth Vader.

When Marvel took over the mantle of Star Wars comics from Dark Horse, it launched with both a generic Star Wars title as well as a Darth Vader comic. For awhile, these two comics ran parallel of each other. Then, Darth Vader took a bit of a turn and veered off into it’s own story line. The Darth Vader series has now come to a close with the release of it’s 25th issue.

During the course of this excellent comic, we learned how Darth Vader discovered Luke Skywalker’s identity as well as his early plans to circumvent the Emperor and reunite with his long lost son. This comic introduced us to a number of wonderful new characters; Dr. Aphra, BeeTee, Triple 0, Cylo-IV, etc. All of which I found to be fascinating and worthy additions to the Star Wars universe.  As a result, even though this book has come to an end, I’m very excited for the upcoming Dr. Aphra comic.

Star Wars fans who are curious about the era between the fourth and fifth films will find a treasure trove of material in these twenty five issues. I can’t recommend this series enough. Marvel has proved itself to be a fantastic steward for the Star Wars universe and this comic is a prime example of why.

If you have not yet experienced this part of the Star Wars canon. Now is an excellent time to catch up. Combined with the main Star Wars books, Darth Vader makes a great starting point for anyone interested in getting into the series. I’m sad to see that it has come to an end. 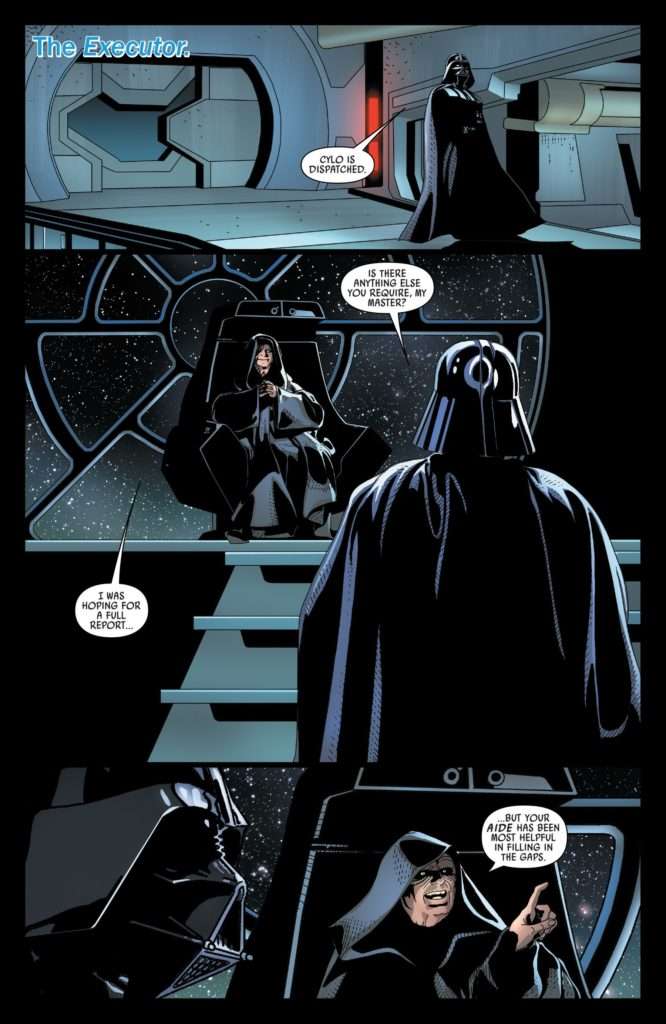 Artwork: The artwork in the course of the Darth Vader comics was top notch from beginning to end. Even across the span of twenty five issues, I found it to consistent and often times some of the best out of all the new Star Wars books. High praise here.

Story: Originally, this book mirrored the events of the main Star Wars series but from an Imperial perspective. During this time, several new characters were introduced. After a while, these characters and their relationship with Vader became the focus of the book. The Darth Vader comic did a wonderful job of bridging the character of Anakin Skywalker with the cold and ruthless Darth Vader that we know from the original trilogy. The story presented in this book was nothing short of fantastic.

Recommended:  Yes. I recommend this series to any Star Wars fan. Followers of both the prequels and the original trilogy will find a lot to enjoy here.