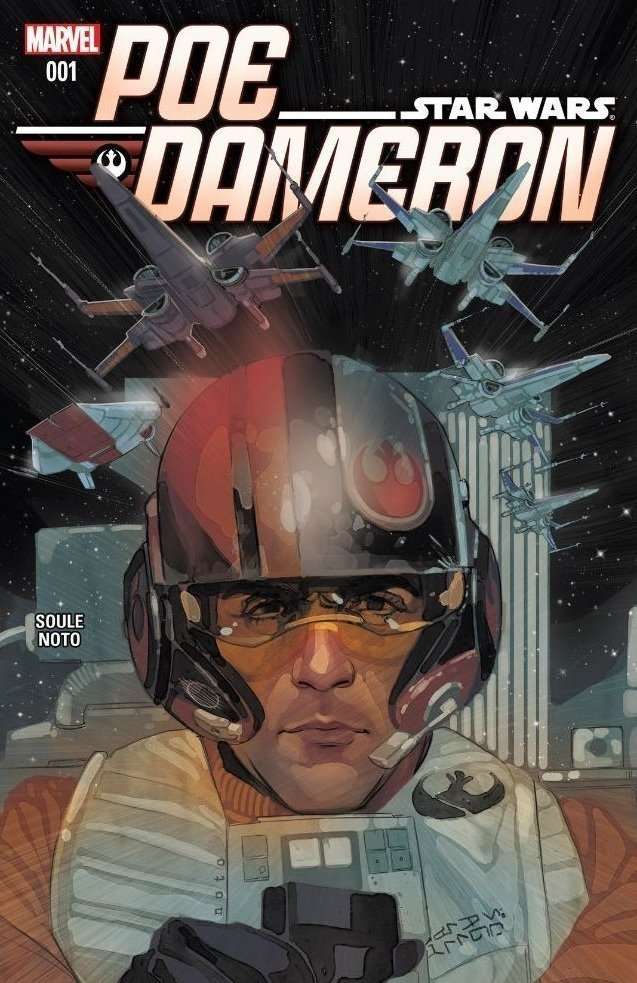 As promised, I’m here with my review of Poe Dameron #1. (Better late than never!). Despite having been out for a total of eight issues now, I’ve only just gotten around to catching up with this series. Generally speaking, I usually like to collect 4-6 issues of a comic before diving into it. This way I can get a good chunk of the story before waiting a whole month for the next chapter. That works great for someone that is only reading a comic, but not so good for someone who is reviewing them.

Regardless, I’ve finally sat down with my copy of Poe Dameron #1 and I’m ready to share my thoughts. As you may have guessed, this comic is focused mainly of the character of Poe Dameron. Fans of The Force Awakens are undoubtedly familiar with this character. Poe is the star pilot of The Resistance, and personal friend of General Leia Organa. This book begins shortly before the events of The Force Awakens. This is the story of Poe on his search for Lor San Tekka (the old man from the beginning of Episode VII). So fans of the new film should feel right at home with events of story presented here.

Aside from Poe, we also see a lot of attention on the other X-Wing pilots in Poe’s “Black Squadron”. As well, receive an introduction to a new character from The First Order. One thing I’ve really enjoyed about these new Marvel comics is the introduction of new and interesting characters. Marvel’s done a great job of creating some really fantastic characters who fit wonderfully into the existing Star Wars mythology. Those found here in the Poe Dameron comic are no exception.

I found myself enjoying this book a lot more than I expected to. To be honest, I wasn’t really expecting such a deep tie-in with Episode VII. The storyline presented in this first issue serves as a great launching point for this book. I can’t wait to see where it goes. 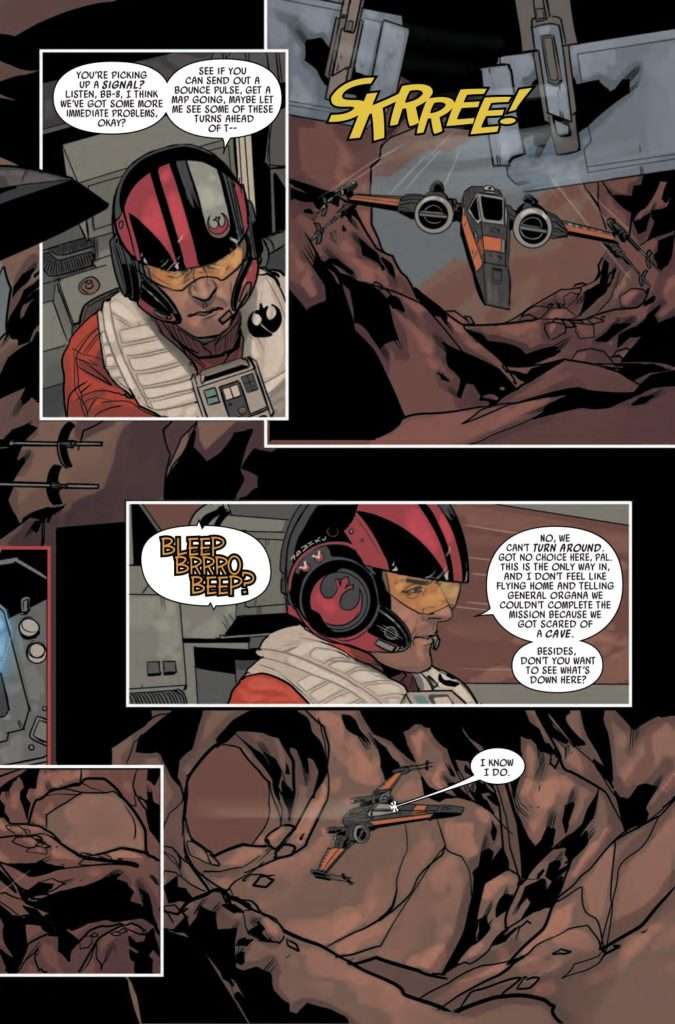 Artwork: The artwork in this comic is similar to that seen in the earlier issues of Marvel’s main Star Wars line. Overall well done.

Story: The story-line here is a prequel to The Force Awakens, and a sequel to Poe’s story in Before the Awakening. We are given a little insight into the event’s leading up to the opening scene of Episode VII.

Recommended:  Yes. I recommend this series to any Star Wars fan. Fans of The Force Awakens especially will find a lot to like in this premier issue. I can’t wait to see where the story goes and check back in the near future.