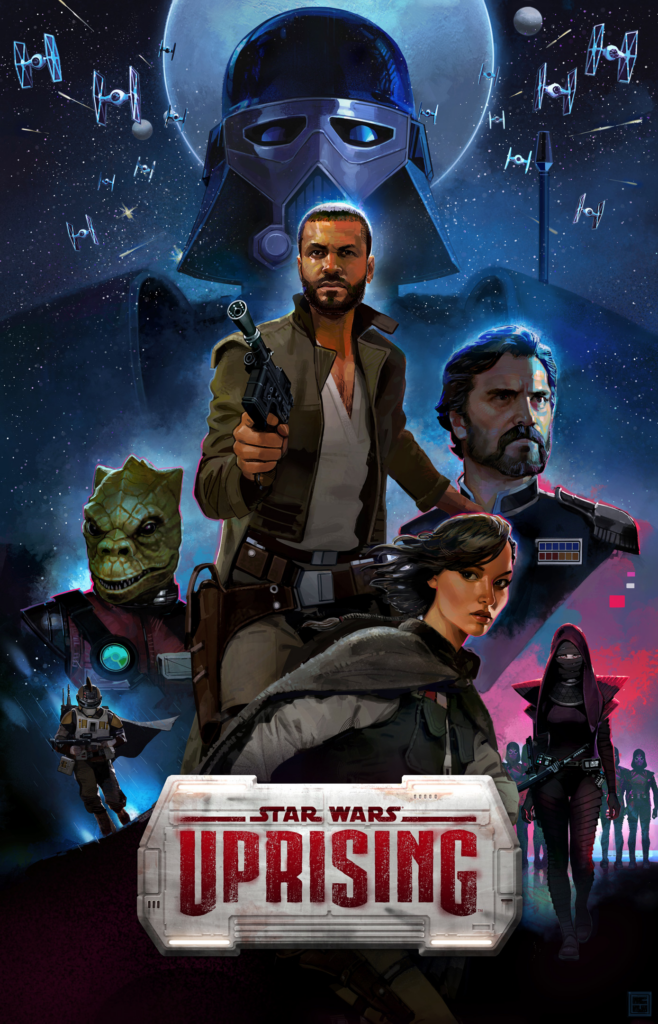 I meant to get around to reviewing this game sooner, but it’s just one of those things that slipped through the cracks. Now it doesn’t even matter. In two days from date I’m writing this, Star Wars Uprising is being shut down and will no longer be available to play. So, with that in mind, I won’t be doing a standard review. Instead, I’m going to discuss a little bit about this game and why it was important.

Star Wars Uprising was a mobile phone game. It is significant because it is the first Star Wars game that is officially part of the new canon. Star Wars Uprising took place immediately after the events of Return of the Jedi. It focuses on a small sector of space that is still under Imperial control.  Rather than admit defeat, the Imperial Governor there tries to hide the fact that The Empire has fallen by cutting off his system from all outside communication.

In this game, you created a character with the goal to climbing your way up the ranks of the criminal underworld and eventually learning the truth behind the state of the galaxy. From there, you can choose your path and experience untold adventure. 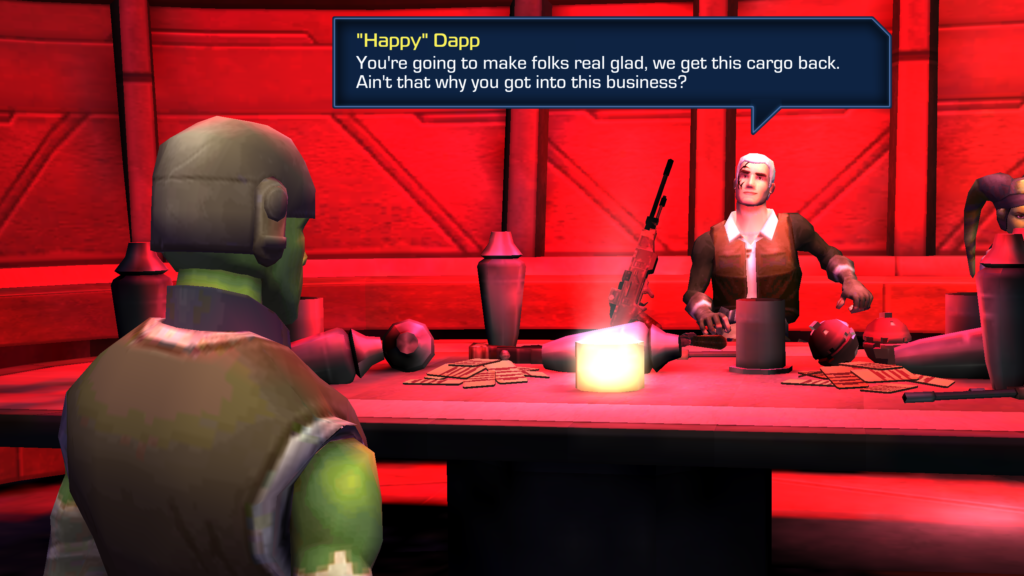 When this game was announced last fall, I had high hopes.  The promotional materials for the game really made it shine. But, once I got my hands on it, it didn’t take long to see that the title was suffering from some serious issues. Namely… it was boring as hell. On top of that, it suffered from a bad case of ‘pay to win’.

At first, all seems well. You create a character, watch a few really cool cinematics, then hit the tutorial. So far so good. Once the tutorial is over, you find yourself in a seedy cantina going to work for a petty crook by the name of “Happy” Dapp. The point of the game is work missions, earns credits, improve your character and advance the storyline.  Sadly, none of this is very fun at all. I can’t put my finger on it exactly… but unlike many mobile games, I just did not feel compelled to log in an play.

Uprising followed a familiar mobile game model. There are daily login bonuses, special events, and event a surprising strong social aspect to the game. But, it just didn’t have the magic to keep me interested. Apparently, I was not the only one who felt this way – as the official reasons for shuttering the game was “lack of interest”. One big problem I encountered was that after the first handful of missions, the difficulty curve really spiked with little rhyme or reason. This instantly provides the temptation to spend real dollars on in-game credits/items. Many mobile games are guilty of this type of thing. But most do a fairly decent job to smoothing out the difficulty and putting players behind a slightly inconvenient time wall. But this title, despite it’s claims to the contrary really slapped you hard in the face. 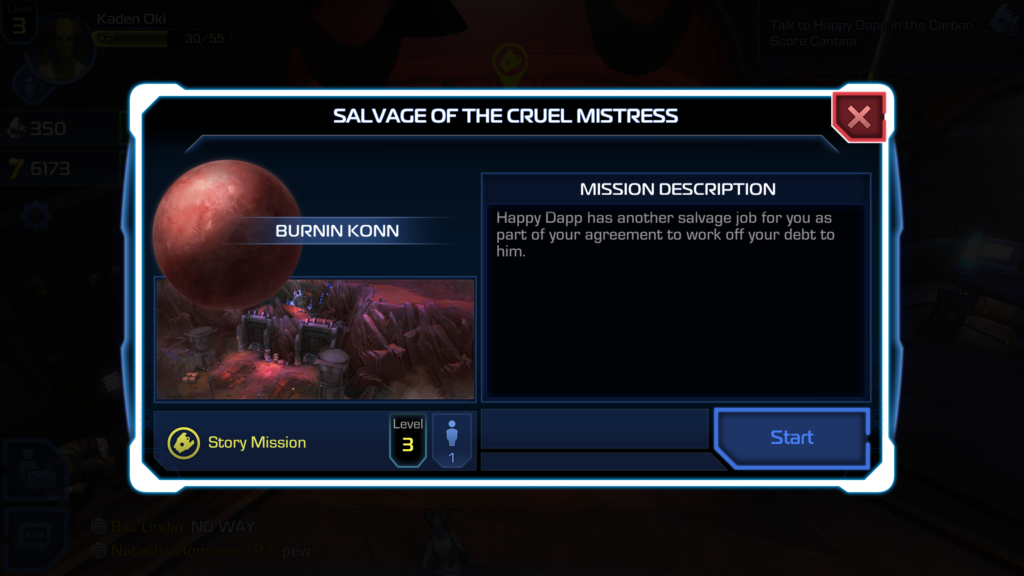 It’s sad too. Because for everything that this game got wrong, there was so much that it got right. Visually, the game was beautiful. The story line had some seriously great potential. In fact, I’m pretty bummed that the setting behind the game may end up being lost to antiquity. I can only hope that perhaps Marvel or LucasBooks will decide to salvage what they can from this game and bundle it all up into a novel or comic one day. It would be a shame to have the plot line behind the first new canonical game flushed down the toilet due to mismanagement from a third-party game developer.

All in all, I’m sure there were some people who really enjoyed this game. The framework was certainly there, but the contents were shallow and largely uninteresting to even the most rabid Star Wars fans. Let’s hope this is not a sign of things to come. 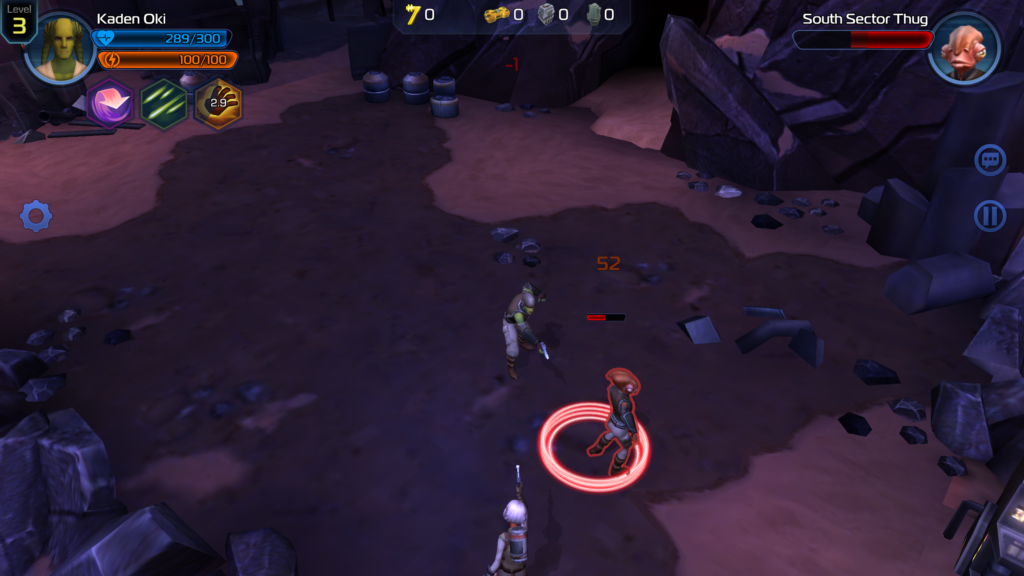