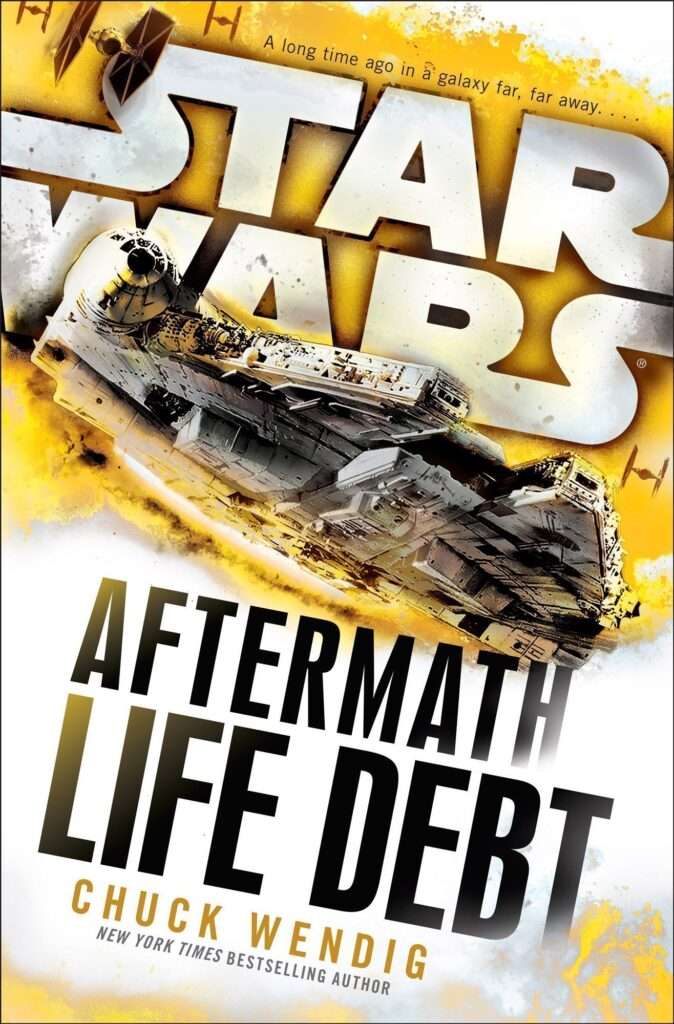 It’s been quite a wait, but finally the second entry in the Aftermath trilogy is here. Well, technically this book came out a few months ago but I’ve only just now finished it. But, it’s still fairly new and with that in mind, I’m here to share my thoughts.

First, let’s discuss the setting of this book. Life Debt takes place after the events of the first Aftermath novel. Many of characters and situations introduced in the first entry are carried over here. This includes some of the new fan-favorites such as Sinjir and Mister Bones. But perhaps more interesting, is the introduction of a new Imperial character by the name of Gallius Rax. I don’t wish to spoil anything… but there’s a lot of fan speculation regarding the identity of this character.

The main focus of the story revolves around Leia’s growing frustration with the current state of the New Republic. Political gridlock has set in. Readers who also are familiar with the novel “Bloodline”, know exactly where this will end up. In the midst of everything going on in the galaxy, Han Solo is missing. Last seen on a quest to free the Wookiee homeworld from the grips of an Imperial remnant, Leia sends the motley crew from Aftermath in search of him.

If you read my review of the original Aftermath novel, you’ll know that although I found the story to be very good overall, it was not without issues. My biggest problem with Aftermath was Chuck Wendig’s writing style. It’s punchy, yes. But it feels a bit abrasive – too casual. For me, it seems out of place in the Star Wars universe. Well, I’m glad to say that here in Life Debt, his over-the-top style seems to have been toned down a bit. Don’t get me wrong, it’s still obviously “Chuck Wendig”, but the story reads just a bit more like a traditional – more in line with what you’d find in another Star Wars novel.

Overall, I enjoyed Life Debt quite a bit more than I enjoyed Aftermath. I’m now eagerly awaiting the final chapter of the Aftermath series, where I expect some major revelations and tie-ins with Episode VII will become very apparent.

Story: Like with Aftermath, the contents of this book jump from the main overall plot, to flashes of goings-on within the galaxy after the fall of the Empire. Life Debt does a good job of filling in more of the gaps fans are looking for, while seemingly laying the groundwork for some really big revelations.