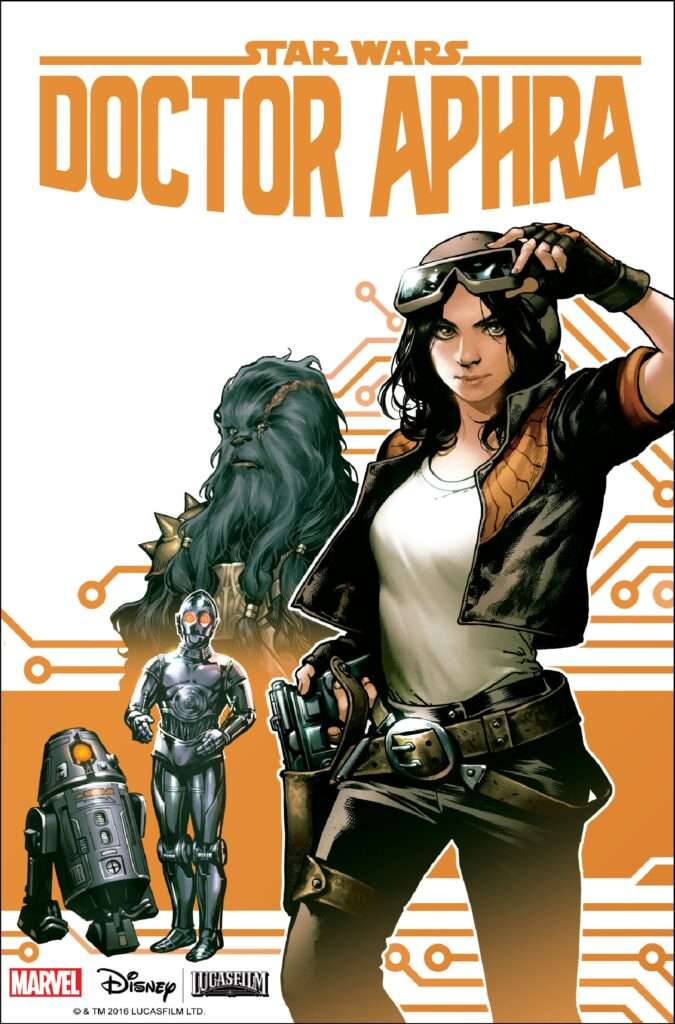 Happy Star Wars day!  That’s right, the release of Rogue One is finally here.  Well, technically the film releases on 12/16. But as usual, theaters nationwide will begin showing the movie this evening. So, in celebration of this event I will be posting two Star Wars related reviews today. First up – Marvel’s new Star Wars comic: Doctor Aphra.  **THIS REVIEW CONTAINS SPOILERS OF DARTH VADER #25**

Doctor Aphra is a name that might not be familiar to everyone. Casual fans, or fans of the films-only have likely never heard the name before. So who is Doctor Aphra? Aphra is a character from Marvel’s “Darth Vader” comic.  She is a criminal mastermind that partnered with Vader for the majority of his solo series. In Vader’s book, she helped him with his secret quest to track down Luke Skywalker. Along with her black Wookiee bounty hunter and two sadistically programmed droids, she worked in the shadows at Vader’s command, doing his dirty work and laundering credits to help fund his search.  In the end, when the whole plan fell apart, she tried to save herself by revealing Vader’s plans to the Emperor himself. This only resulted in Vader ejecting her into the void of deep space, presumably to die. Of course, as the final pages of the the comic showed, she managed to survive.

Now, Aphra has her own comic book. Along for the ride are her droids and menacing black Wookiee. This first issue follows Aphra as she tries to slip back into her old lifestyle. However, unforeseen complications occur that may result in a few changes in Aphra’s near future.

Overall, I found the comic to be off to a good start. It’s always hard to take a non-core character and make them the focus of a new story. But so far, Marvel has done a great job of not only introducing us to a new face in the Star Wars universe, but also making us interested. I look forward to see where Aphra’s story goes in the coming months. 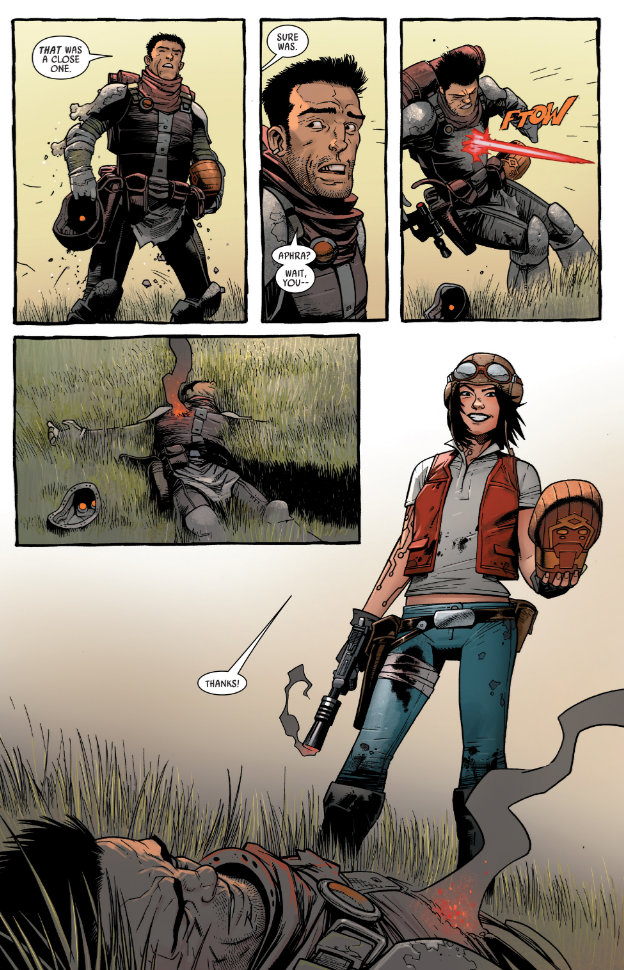 Artwork: Very good. The art work here is on par with Marvel’s other Star Wars entries so far. Crisp, clear, and enjoyable.

Story: Great job so far crafting an interesting tale about a second-class character. The addition of BT1 and 0-0-0 to the book make for some great dark-humor laughs.

Recommended:  Yes. Fans of the Darth Vader comic will really enjoy this book as it seems to be a continuation of the tale found there. Casual Star Wars fans might even find something to their fancy here.