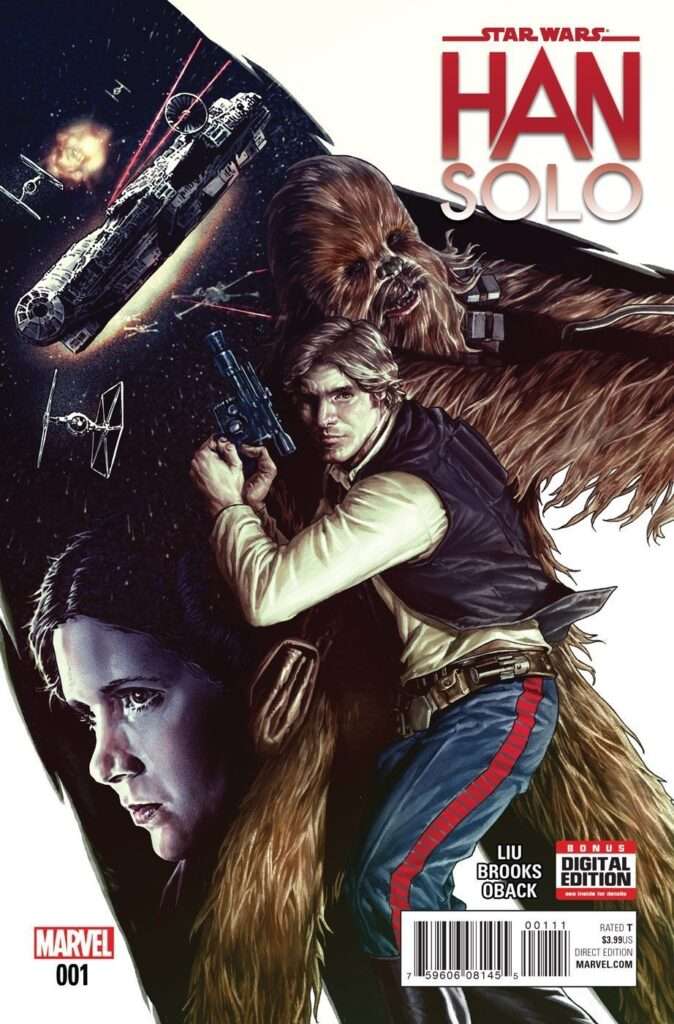 Marvel has certainly not been slouching when it comes to their Star Wars books. Currently, we have three ongoing series (Star Wars, Kanan, and Poe Dameron), one retired series (Darth Vader), and a number of minis and one shots. Han Solo is the latest in this crop of five-issue minis. Now the final issue of Han Solo has arrived! I’ve read it, and I’m ready to share my thoughts on this latest entry in the Star Wars canon.

This book takes place between Episode IV and V. In this story, as part of his cover in a top-secret mission for the rebellion, Han Solo participates in a high-stakes race across the galaxy – one that, if he actually won, would afford him enough credits to square his debts with Jabba. As one can expect, losing is not in Solo’s playbook. So despite being only a ruse for a larger mission, Solo takes it upon himself to both complete the task given to him by the rebellion AND do his best to win the race of a lifetime.

All in all, the book is masterfully done. This series does a fantastic job of portraying the internal struggle that Han Solo is going through at this point in the saga. His desire to return to his independent, loner ways vs. his new found friends and a sense of belonging to something greater than himself. The writers for this series also managed to nail the unique personality and humor of his character. (A task that’s often done very poorly on paper). All in all, this is a fantastic entry into the new canon. As 2017 arrives and some new comics are on the horizon, I hope to see Marvel continue this trend in quality Star Wars comics. These five issues were not enough. I was left wanting more. 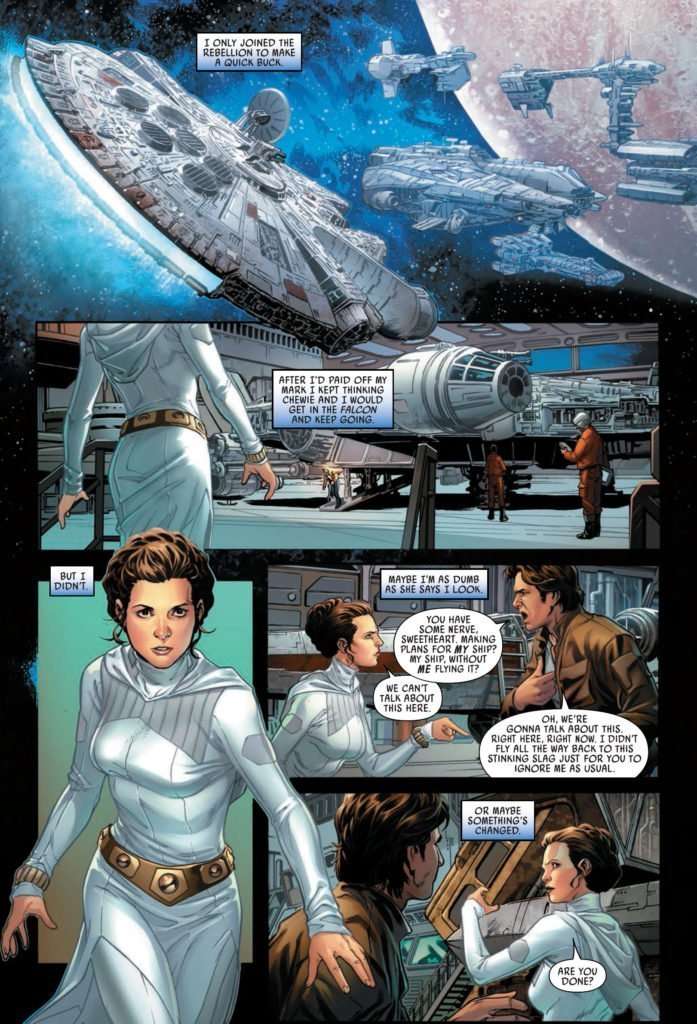 Artwork: Very well done. Wonder use of color and the character portrayals are realistic, without looking traced or photo-sourced.

Story: A fun action/adventure romp. Classic swashbuckling Han Solo. Just what I was hoping to find in a Han Solo title.

Recommended:  YES. For everyone.  Even casual fans of the series will find an enjoyable comic here.