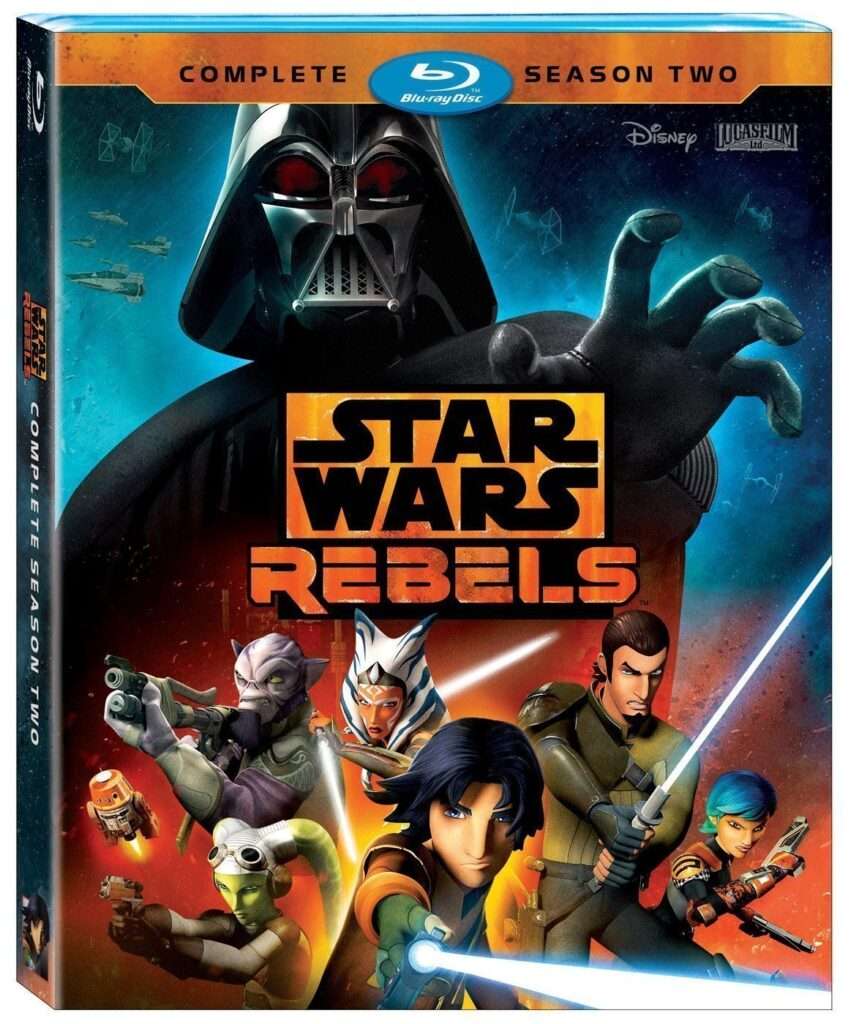 Considering the third season of Star Wars Rebels is already on the air and half over, I guess I’m a little late with this review. But, that’s ok since I plan to discuss several details in the series that can be considered spoilers. Be forewarned!

The second season of Rebels keeps the momentum that finished off the first season going. Over the course of this season, we can begin to see the Rebellion against the Empire as it starts to solidify. Different rebellious factions are slowly starting to come together. A big part of this season involves the search for a suitable location for the Rebellion to establish their first base. The second major story-arc focuses on Vader’s newfound knowledge that Ashoka, his former student, is alive and aiding the rebels. As a result of this revelation, Vader dispatches more Imperial Inquisitors to seek out and eliminate Ashoka. In the meantime, Ashoka is determined to learn all she can about the Emperor’s new Sith helper.

There’s a lot of content to digest in this season of Rebels. There’s certainly a fair share of fluff episodes. But the producers did a pretty good job of keeping the main story arcs going in this season. Again, much like in season one, the last handful of episodes are best. In the final two episodes Kanan, Ezra and Ashoka discover an ancient Sith temple. However, upon their arrival they learn they are not alone. The temple is currently occupied by none other than an aged Darth Maul as well as two Imperial Inquisitors. The inquisitors were there seeking to put an end to Maul once and for all, but upon discovering the Rebel’s presence they turn their attention to them instead. This leads to some really great combat scenes that put our heroes on the same side as Maul temporarily. Seeing an opportunity in young Ezra, Maul tries to plant the seed of the dark side into the boy’s young mind by convincing him to slaughter one of the Inquisitors, but in the end Ezra refuses. This results in Maul going on a rampage and finishing the job himself. Before it’s all said and done, Maul turns on the team and another battle ensues. During this fight, Kanan is seriously injured and blinded by Maul’s lightsaber.

Eventually, Vader arrives on the scene and an epic showdown ensues. After doing away with Maul, Vader turns his attention towards our heroes. Now fully aware of Vader’s identity, Ashoka confronts him one-on-one – allowing Ezra and Kanan to escape as the Sith temple crumbles around them. Naturally, Vader escapes the battle – injured but alive. The fate of Ashoka remains unclear.

All in all, Season 2 serves as a step up from the debut season. This second season does a great job of linking the prequel/clone wars era to the original trilogy. Things are certainly falling into place. I promise not to wait until six months after the release of season three to share my thoughts on it.