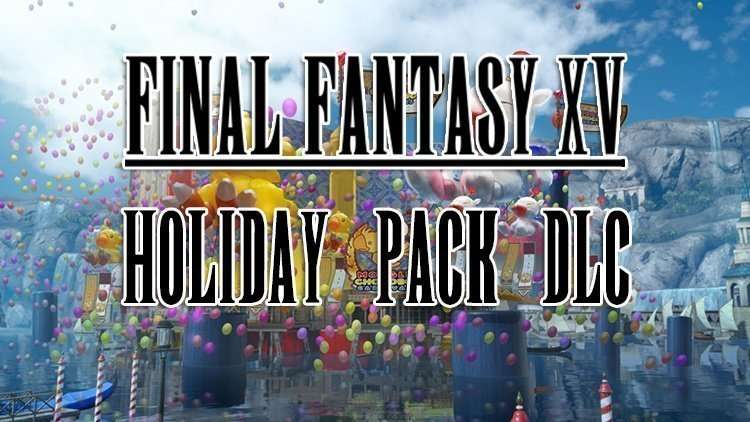 With the release of the Moogle Chocobo Carnival, the full contents of the Holiday DLC pack are now available to owners of Final Fantasy XV. So here, is the first of what will be many DLC reviews for FFXV.

This chunk of downloadable content is a bit odd and not really what I expected to see from XV’s first optional update.  First, let’s talk about the two different versions of this add-on, then we can dive into the contents. To start, there’s both a free version and a paid version (available to season pass owners). Both versions come with a handful of useful/game enhancing items, a vanity costume and a pass to a new special gameplay mode: The Moogle Chocobo Carnival.

The add-on items are nice, but include nothing that really change the way the game is played. The real meat of this update is the Moogle Chocobo Carnival. 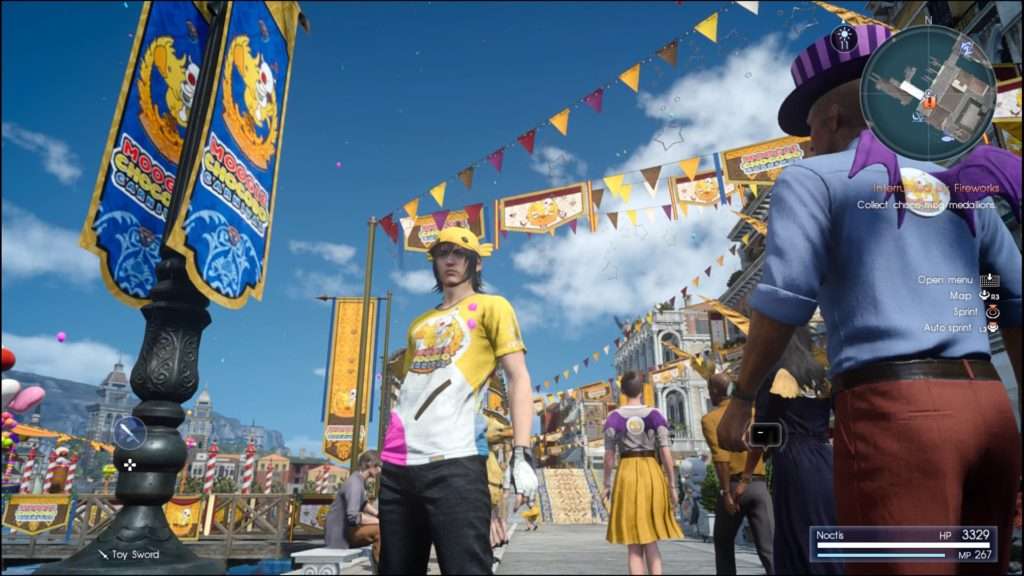 The Carnival is actually a new mode of gameplay that is accessible from the “Special” option on the main menu. It is essentially a solo mini-chapter. During this mode, you play as Noctis as he explores the fun filled streets of Altissia during the festival. Basically, the goal here is to collect “mog-medallions” that can be exchanged for prizes. These prizes range from exclusive vanity items (car decals, etc) to useful consumables. Medallions are earned by participating the carnival activities and doing various festival-related quests. Anything earned here will carry over to the main game.

This makes the carnival into a useful tool for players who have not yet completed the game, but it seems rather pointless for players that have already finished the main scenario. Perhaps, my opinion on this will change once we see how other DLC plans pan out. One big question remaining, is the inclusion of a special key item called the “Dream Egg”. This item is obtainable if you manage to collect enough Mog Medallions and attend a special fireworks session at the end of the carnival. Popular opinion with fans is that this egg may play a larger role in future DLC.

Finally, it is important to note that the Moogle Chocobo Carnival content is only available for a limited time. After 2/20/2017, this playable content will be removed from the game. It is unclear if there are plans to bring this back in the future, so players may wish to jump on this content before its  gone and earn that egg!

The Holiday Pack does not include any new trophies or achievements.

All in all, this DLC seems to add little to the overall game at large, but it can be a fun distraction and does feature some welcome items and enhancements. SE’s decision to make the majority of this content available for free is a big plus as well. 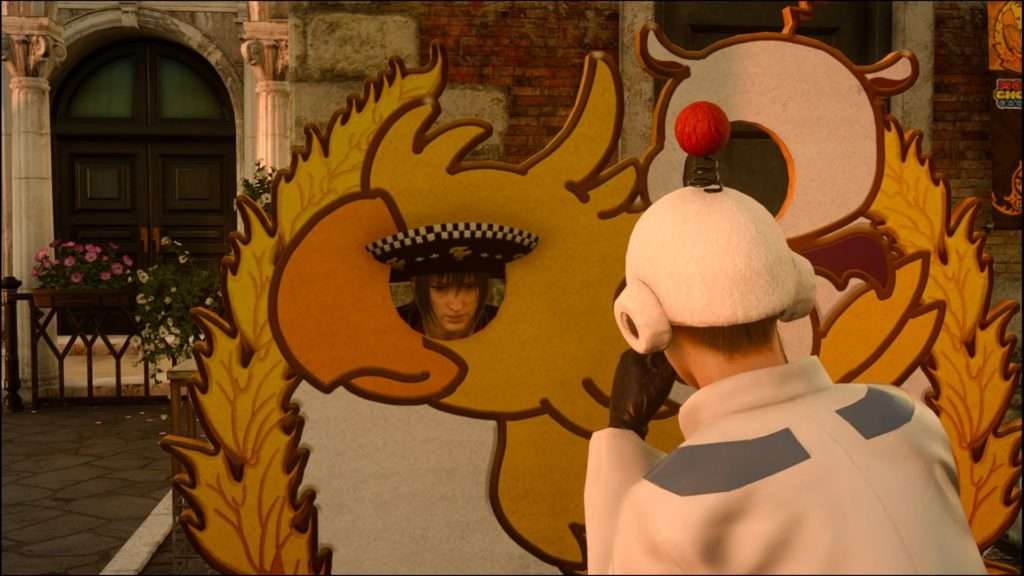 Overall Impression:  A curious choice for a first DLC release. The vanity and practical items are welcome. The carnival is quirky, but fun. Unclear how this will fit into the game at large. It’s unclear why SE decided to make a large portion of this DLC into a time-sensitive feature. It seems counter-productive to spend the time developing something like this carnival only to remove it from the game 30-days later.

Value: This DLC comes with both a paid a free option. Having it included with the season pass makes this a no-brainer. Non season pass holders can also enjoy the free version of the holiday pack.