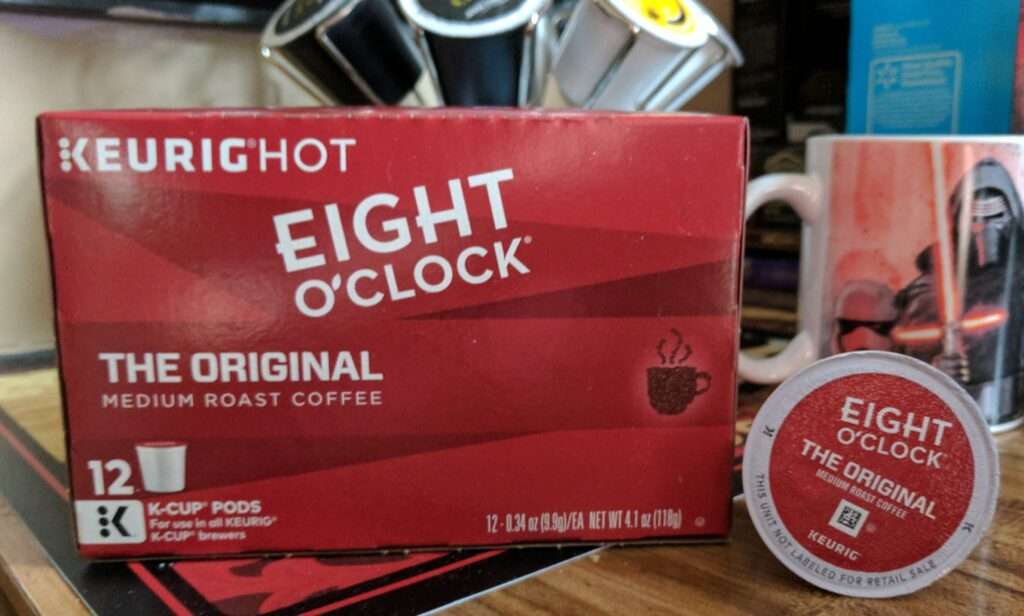 I’ve been putting in some late nights lately. As usual, these sessions have been fueled by coffee. I’ve been on a bit of a personal quest to find another “every day coffee” that’s as good as Donut Shop. Recently, the Duane St. Blend by Laughing Man has been the closest contender thus far. But, I won’t stop until I find something that wows me the same way Donut Shop did.

So, this week I decided to try one of America’s oldest, original coffees; the fabled Eight o’clock coffee.  Some used to call this “the coffee your grandparents drank”  but these days, it’s more likely that your great-grandparents drank filled their cups with this. Eight o’clock coffee has been an American staple since the mid-1800s and it hasn’t change much since. It’s a very basic, middle of the road blend. Sure to impress few, but offend even fewer. Until I bought this box, I admittedly never bothered to sample any of it.

Upon first tasting this, I was surprised at how good it actually was. It’s certainly a quality coffee and not some cheap factory floor sweepings. I had no issues drinking it as my daily brew for as long as it lasted. But, it didn’t really have any special spark that stood out to me. Eight o’clock is a simple, generic run of the mill coffee blend.  It’s a good decent coffee, but that’s about as far as it goes.

Would Purchase again?: Unlikely. While there’s nothing particularly wrong with this coffee, there’s really nothing special to note either. This is a basic, every man’s cup of joe. But, there are others that seem to do it better. 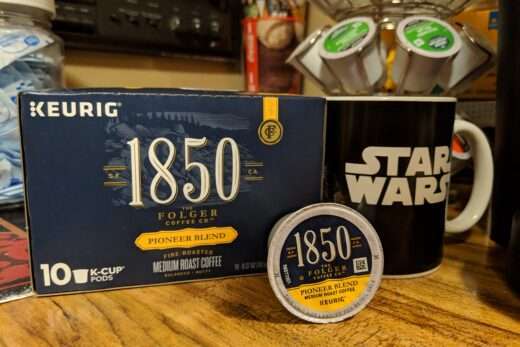 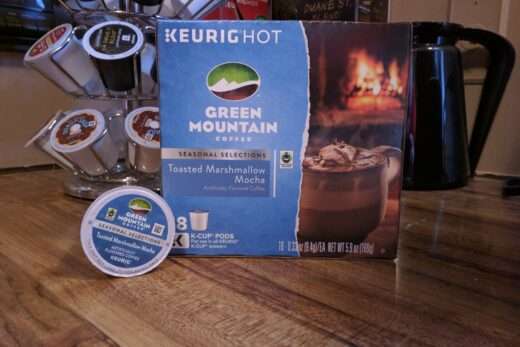 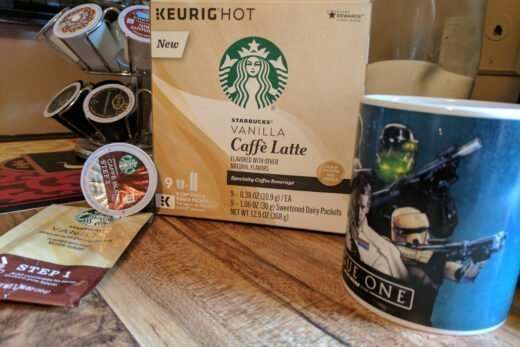 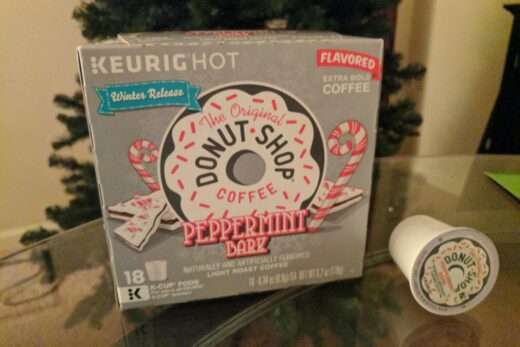