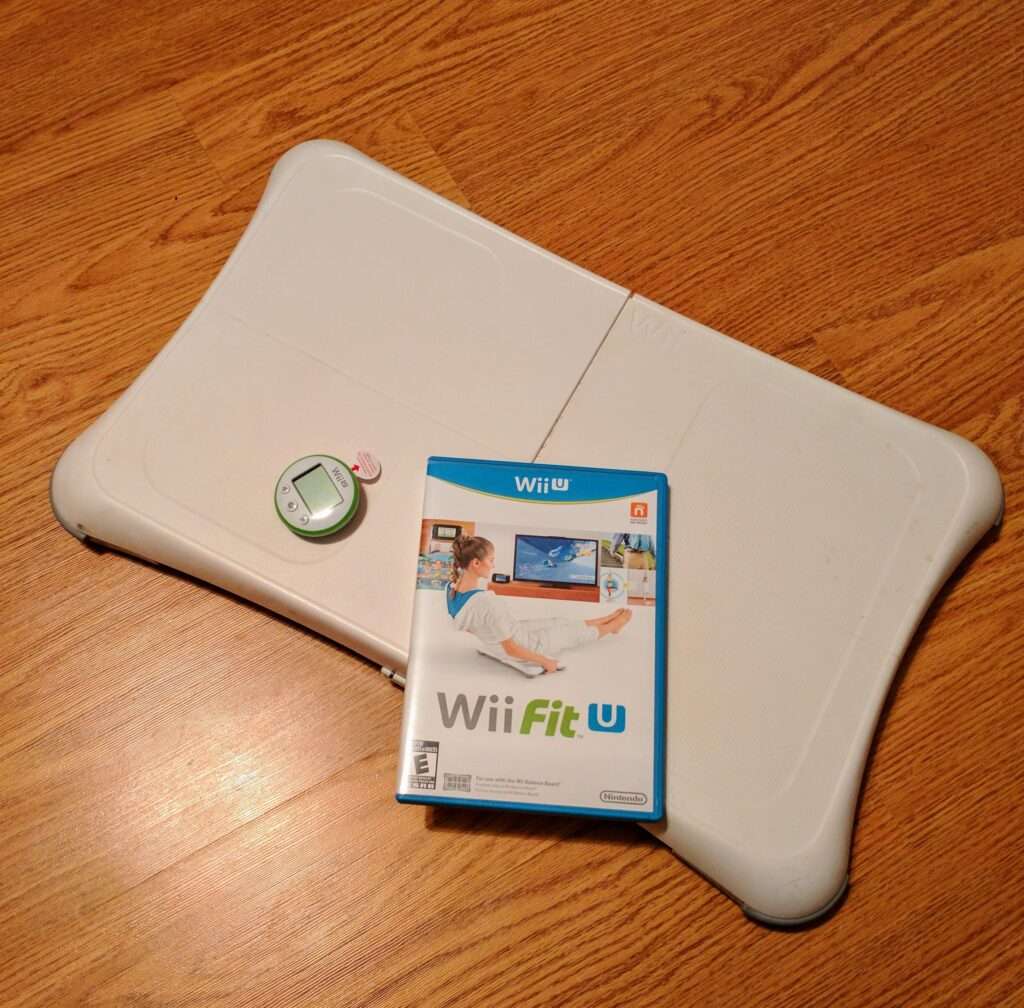 I know that I have been focusing on games from the 64 bit era lately. But I’m going to take a moment to announce something special. I call it Project: Wii Fit U.

Now, I rarely discuss personal things on this site. But, in this case I’m going to make an exception. At the time of this writing, I’m thirty eight years old. For the majority of my life I’ve always been trim and fit. However, as I neared thirty years in age, I slowly began to put on a little weight. Some of this naturally comes with age. But, I have to admit that I keep a very poor diet and these days, I rarely get enough exercise.  The latter can be attributed to both my job (which consists of eight hours behind a desk each day), and the fact that gaming is one of my favorite hobbies. You see, when I’m not sitting down for work, I’m also sitting down for recreation. When I was younger I was much more active. These days, I barely get any activity at all.

Anyways, with this in mind, I’m always diligent to get an annual check up. Up until now, my results have always been normal. But this year, I received the news that my cholesterol had ventured into the unsafe range (barely, but they are there). So, the time has come where I need to buckle down and nip it in the bud before the problem becomes too big to manage.

One of the first thoughts that occurred to me was to blog my fitness progress. But, this site is not really a fitness page. The majority of my audience would have little to no interest in such content. That’s when an idea struck me. I could combine the two.

Some years ago, when the Nintendo Wii first hit the scene I had purchased a copy of Wii Fit. For those of you who may not be familiar. Wii Fit was Nintendo’s premier “fitness” game. With the addition of a ‘Balance Board’ accessory, Wii Fit coached players through various exercise routines and tracked their progress. It was a cutting edge idea at the time and one that I found intriguing. But admittedly, I lost interest in it for a number of reasons.   Years later, with the release of the Wii U, Nintendo updated this title.  I personally never bothered with this new “Wii Fit U“, until now.

I mentioned at the beginning of the year that I was going to start posting more article-like content on the site. So today, I’d like to announce that I will adding a new periodical feature to the site. Starting this month, I’m going to blog my experience using Wii Fit U as a tool for fitness and weight loss.  I’ll be making the initial post in the coming days, followed by updates every week or two. I plan to continue these updates until the end of the summer, at which time I’ll reveal the final results.

So, if you’re reading this and you have either a copy of either Wii Fit or Wii Fit U gathering dust, perhaps you’d like to join me in this experiment. If you’re interested, but not sure where to start, copies of both Wii Fit and Wii Fit U are selling for record low prices on Amazon. If you have a Wii U, you can snag a copy of Wii Fit U, complete with balance board and fitness tracker for around $20.00 (NEW)!

Let’s see where we end up!